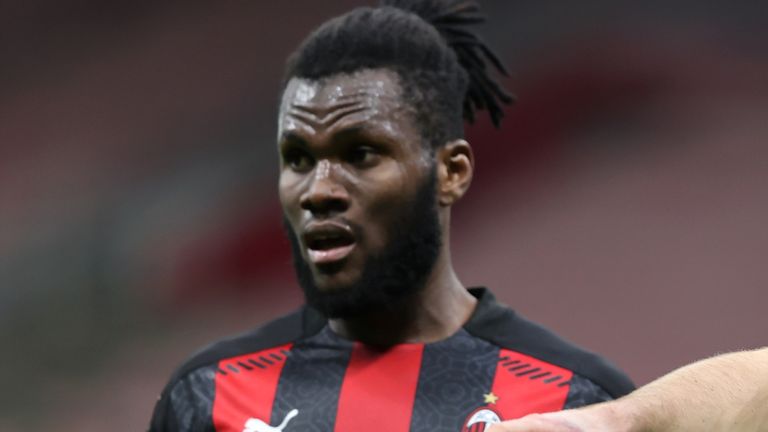 Tottenham hope to beat Manchester United and Liverpool to the signing of AC Milan midfielder Franck Kessie, who will be able to speak to suitors in January as an impending free agent.

Barcelona have tabled fresh terms to Ousmane Dembele and are increasingly confident the Newcastle United and Manchester United target will stay at the Nou Camp.

Ajax and Barcelona are talking about a possible swap deal which would see Sergino Dest return to Amsterdam and Noussair Mazraoui move to Catalonia.

Zak Crawley will replace Rory Burns at the top of England’s batting order for the must-win third Ashes Test in Melbourne on Boxing Day and there will also be a recall for Jonny Bairstow.

Brentford target Vanderson is reported to have written an apologetic email to the Premier League club after snubbing them at the 11th hour to join Monaco in January.

Romeo Beckham has broken with family tradition and signed a clothing deal with Adidas’ competitors Puma.

Chris Armas’ arrival at Manchester United could give the club a boost in their pursuit of RB Leipzig star Tyler Adams after they worked together for three years at New York Red Bulls.

England supporters could end up at “glamping” sites in Saudi Arabia as World Cup 2022 organisers continue to explore options for hosting many more people than Qatar could ever hope to accommodate.

Mohamed Salah is reported to have demanded Liverpool sign another attacking option during long-standing talks over a new contract.

Edinson Cavani could be on his way to Brazil with Corinthians interested in the unsettled Manchester United striker.

England are set to make four changes to their side for the third Ashes Test in Melbourne with both James Anderson and Stuart Broad potentially among players who will not be involved.

Gordon Taylor’s final year at the PFA saw him take home more than £3m in pay, which included £1.4m in bonuses.

Emergency talks are underway to try and save Women’s Championship side Coventry United.

Manchester United could follow the likes of Barcelona and Real Madrid by building a second stadium to host their women’s and academy teams.

Feyenoord are attempting to sign Heerenveen midfielder Joey Veerman, who has been a long-time target for Rangers.

Dunfermline are considering a move for full-back Aaron Taylor-Sinclair, who has been a free agent since leaving Livingston in the summer.

Partick Thistle are trying to sign James Maxwell, currently out on loan with Ayr United, from Rangers on a permanent basis.