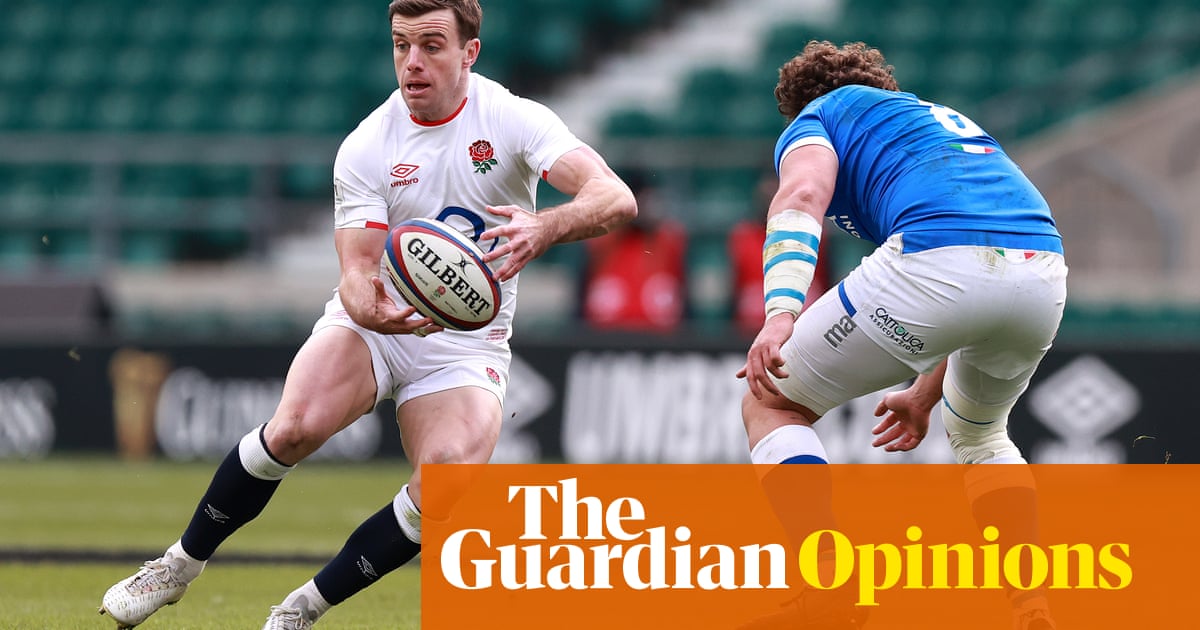 There has been much talk in Downing Street circles this week of “Operation Red Meat”, which apparently involves lobbing juicy policy initiatives at Tory backbenchers to distract them from recent events. With Eddie Jones it is slightly different: “Operation Dead Meat” seems to be the subtext of most of his England squad announcements these days.

The selection door, we are constantly informed, is never closed. Admittedly, Jamie George was recalled from squad oblivion in November and Jack Nowell has resurfaced after three years of injury-hit Six Nations exile. But try telling George Ford, Billy and Mako Vunipola – and even Elliot Daly – that a fulfilling England future still awaits them. Or advising Adam Radwan, Alex Mitchell and Louis Lynagh that their omission from the latest 36-man Six Nations training squad is a hidden blessing for their 2023 World Cup prospects. Jones’s blade, when it materialises, tends to be razor sharp.

Good luck, then, to the next consignment of newly arrived lambs because what percentage of Jones’s latest flock will survive the next cull? We are now nudging 180 players in various England squads since he took over and remembering who is on the old conveyor belt tonight – a la the Generation Game – grows ever harder. It also means few inside the team room can guarantee there will be no bullet with their name on next time.

Is this ceaseless uncertainty healthy? From the perspective of Jones, the answer seems to be yes. Test rugby is all about leaving your comfort zone. England, by sheer dint of playing numbers, are relatively spoilt for choice. But as Jones endlessly tinkers, sifts and rotates, there is also a risk that his obvious obsession with winning the 2023 World Cup is clouding England’s prospects in the shorter term. Which, perversely, could dilute the momentum and confidence they need to reach their desired goal in 18 months’ time.

The most glaring case study is Ford, once again omitted from the squad even with some uncertainty hanging over Owen Farrell’s match readiness. The former has been pulling the strings expertly for the country’s best club side – only for Jones to select Orlando Bailey from bottom-of-the-table Bath. Bailey, 20, is highly promising but is nowhere near as likely to win a major Test for England in 2022 as his in-form Leicester rival.

The rationale, it seems, is that Bailey can play at 10, 12 or 15, making him a potentially valuable World Cup squad utility man. Fine, but what does that ultimately say about the approaching Six Nations campaign? That it is a development competition? That a grand slam or a title means little in the wider scheme of things? No one, if so, seems to have advised the rest of the field.

It is a delicate balance, familiar to anyone employed in what might be termed a “results business.” In many ways Jones has a discerning eye: few would argue against the striking domestic efforts of Luke Northmore, Ollie Hassell-Collins, Ollie Chessum and, in particular, the force of nature that is Alfie Barbeary. But if Premiership form was a key prerequisite, this squad should also contain Ford, Danny Care and Dan Cole. Whether or not the latter trio make the World Cup, they would all enhance England’s prospects now.

All of which makes this campaign a significant one in terms of public perception. Finish fifth again and, even with Manu Tuilagi seemingly unavailable again, there will be little sympathy. It would also leave Jones open to fresh accusations he is sacrificing today on the altar of tomorrow.

“It’s a judgment call, there’s no science to tell you this is right, this is wrong,” he said. “To me, it is always about looking after now, but you’ve always got to have an eye to the future.”

Fair enough but if the powerful Hassell-Collins is the missing link why did he not feature ahead of Radwan or Lynagh in the autumn? Or is it more about giving the latter pair a “work-harder” jolt? Maybe Nowell’s return has altered the picture – “He looks more like a rugby player and less like a bodybuilder,” said Jones – with the management seeking more solidity on at least one wing.

Then there is the Farrell conundrum – by re-nailing him on as captain and implying he is untouchable when he has not played since November, how does that square with the lack of faith in others. If England were to end up sinking to defeat at Murrayfield on 5 Feb – Jones is already forecasting a wet weekend – with Farrell at 10 and Marcus Smith on the bench, it will be hard to argue the visible promise of autumn has been maintained.

At least it appears that Alex Dombrandt stands an improving chance of starting at No 8. With Sam Underhill “not quite ready”, there is now scope to switch Tom Curry back to the openside with Courtney Lawes at No 6.

While Harry Randall’s tactical kicking remains a distinctly mixed bag and 20 of the nominated 36 possess 10 caps or fewer, England undoubtedly have talent at their disposal. Should Jones’s ever-changing squad endure another mediocre Six Nations, however, Operation Dead Meat may need revisiting.