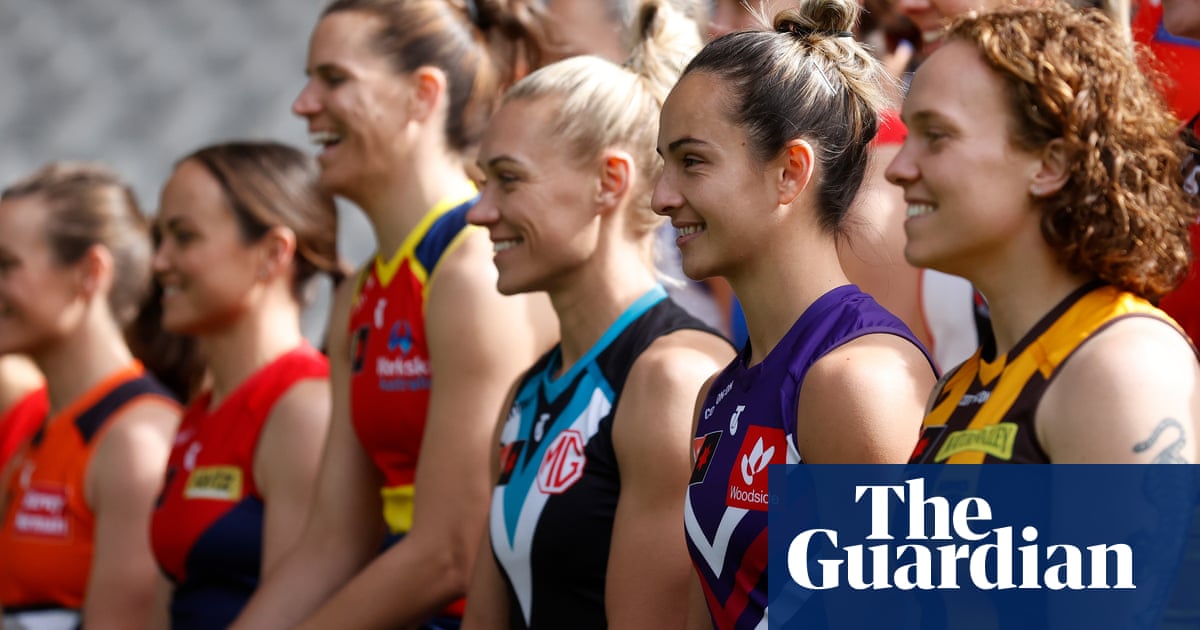 Since the AFLW’s first game at Ikon Park in February 2017 – when the AFL memorably had to impose a lockout due to massively underestimated crowd numbers – women’s football has been on a rapidly upward trajectory. Participation rates have soared across the country and, ahead of the seventh instalment of the competition, which starts on Thursday, ticket sales have hit an unprecedented high. These are very promising times for the league.

The inaugural clash between expansion sides Essendon and Hawthorn – one of the highlights of the opening round of fixtures this week – is testament to the increased interest in the women’s game and after the initial allocation of tickets sold out in 24 hours, the “move it to Marvel” campaign proved successful.

The decision to shift the game from ETU Stadium to the 53,000-capacity Marvel Stadium was hailed as ground-breaking, as the league is given a complete shake-up this season with the inclusion of women’s teams from all 18 AFL clubs for the first time. Essendon, Hawthorn, Port Adelaide and Sydney join the AFLW wave off the back of a new CBA agreement for all players and the implementation of longest AFL fixture there has ever been.

The (mostly) welcome addition of expansion sides means pre-existing teams have had to give up some of their best players, reshuffle coaches and support teams, and seek to expand where they recruit their talent from. It makes for an opportunity for a season full of significant learnings across the league.

Fevered speculation following the conclusion of season six that the next edition would be brought forward has proved true and just four months since the Adelaide Crows were crowned premiers, IKON Park will again host the first bounce this Thursday night. With this, though, comes a new set of complications that will directly affect the nature of the season.

Many of the young draftees are still at school and not completing year 12 until November, presenting another hoop to jump through just to get to training and games. In years gone by, not only has there been just one season to contend with per calendar year, but most draftees had finished school by the time the season started and were able to commit fully to their club.

The changes this season also play out, quite literally, in the changing of seasons. With the AFLW traditionally contested throughout summer, players will now have to acclimatise to colder conditions given the August start date.

Crucially, though, the new schedule aligns with the end of the men’s home-and-away season. It is a bold move by the AFL to pit the women’s competition against the men’s finals series and one that treads a fine line between success and failure with broadcast and spectator numbers at stake.

The AFL has attempted to combat this by allocating floating start times to all Saturday games across September, allowing for potential double-headers to coincide with the men’s finals series. Friday night footy will also be played for the full 10 weeks of competition, with more double-headers possible and already the Melbourne v North Melbourne clash in round two has been moved to the MCG to be staged before the Melbourne-Sydney AFL men’s qualifying final.

This fixture manoeuvring presents a real opportunity for AFL fans to get to know their club’s AFLW team and a chance for those female players to enjoy greater exposure.

The calendar shift, however, has not been uniformly greeted in a positive light. The league was riddled with ACL injuries last season and an earlier start date does not suit those who are in recovery. With an average rehabilitation time of 12 months, those who sustained ACL injuries in season six will miss two seasons of football. This includes some of the AFLW’s brightest stars such as Collingwood’s Brianna Davey and former Bulldog now GWS Giant Isabel Huntington, who is recovering from her third ACL rupture.

The new season also starts in the glow of a shiny new collective bargaining agreement, which was negotiated earlier in the year and resulted in a substantial pay rise of an average of 94% across all four payment tiers. For the first time there may be some players who have the benefit of focusing solely on AFLW football, instead of balancing demanding work, study and personal schedules to make ends meet.

With more time to dedicate to the game, it could be the first time the full ability of some of the league’s top athletes will be on show.

The completion of expansion was originally forecast for 2023 – another positive sign of the league’s growth – leading to the addition of more home-and-away games and an extended finals series, something the playing group have been openly campaigning for since the league’s inception.

It has also meant a much shorter pre-season in comparison to former years, which may be the making or breaking of some clubs, particularly expansion sides who don’t have the advantage of having gelled as a playing group before. The likes of Hawthorn or Essendon, who have recruited extensively from their VFLW lists, might avoid inevitable teething issues expansion sides have experienced in the past. But it’s not just the new kids on the block who will be affected; West Coast, for example, have 15 new players looking to acclimatise to the club.