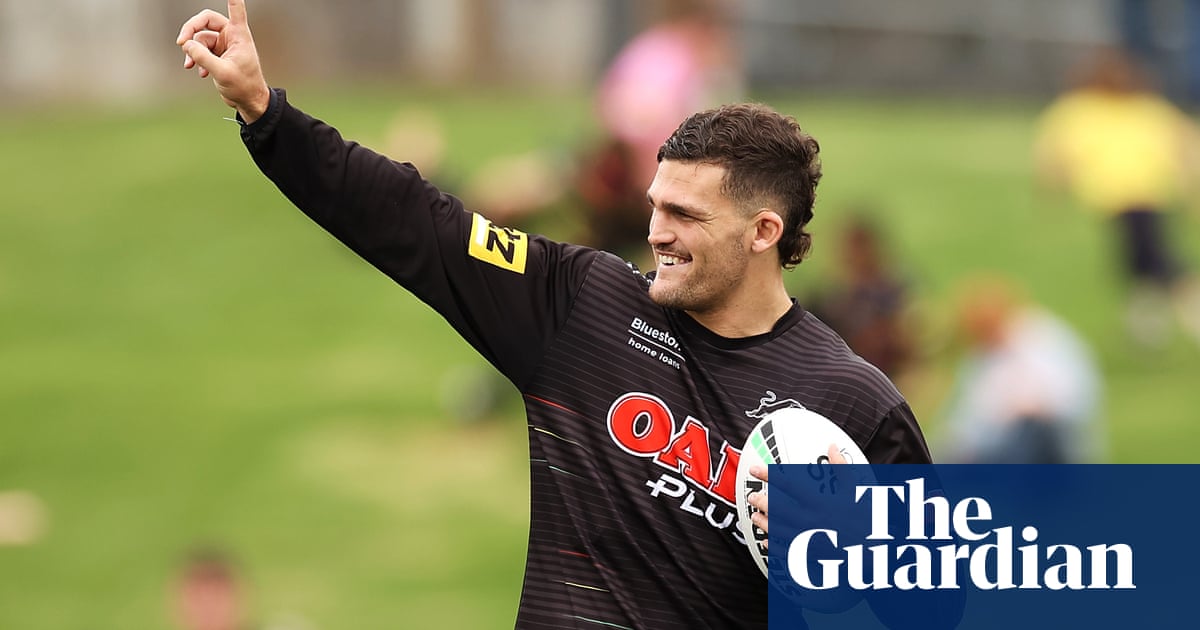 In rugby league, the story of great club dynasties is the story of great halves. Parramatta and Canterbury dominated the 1980s on the backs of Peter Sterling and Steve Mortimer. Canberra and Brisbane’s rise in the early 1990s came with the emergence of Ricky Stuart and Allan Langer as the two great No 7s in the game. Andrew Johns led Newcastle’s only sustained period of contention. Brad Fittler carried the Roosters to three straight grand finals in the early 2000s. Cooper Cronk kept Melbourne at the top of the premiership for more than a decade before shifting to the Sydney Roosters and winning two titles in his two seasons at Bondi.

There is much that goes into winning a premiership and rising to title contention. The need for a very good coach, organisational stability, a clear development strategy, astute salary-cap management and a fair share of luck. But few teams win a premiership without a dominant half, and none manage a sustained run without a truly elite playmaker.

And make no mistake: Penrith are truly on a sustained run of greatness. As only the third team of the NRL era to play in three straight deciders and with just 10 losses in three years, they rank among the great teams of the past 25 years.

That makes the signing of Ivan Cleary to coach the club in 2012 – a year on from leading the Warriors to the grand final – one of the most important in the history of the Panthers. The club thought they had signed a gun coach on the rise. Even with the knowledge he had a talented footballer as a son, they could not have imagined they would soon recruit the finest half-back of his generation and the catalyst for the greatest sustained run in club history.

There is plenty of water went under the bridge between 2012 and Penrith’s first grand final in 17 seasons in 2020. Phil Gould’s five-year plan. Cleary’s sacking and subsequent re-hiring that forced Gould out. The Anthony Griffin era. The cleanout of many club legends. It was that initial signing of Ivan Cleary, though, that set Penrith on the path to three consecutive deciders.

Nathan Cleary was, it seems, always destined for first grade. The son of not only a mercurial former first grader but nephew to two others in hard-heads Josh Stuart and Jason Death, Cleary was also blessed to have a dad as an astute top-grade coach. But while such advantages do help, it is his work ethic that has taken his game to a truly elite level.

Cleary is a perfectionist. He studies the game – his game, his opponent’s game, the game as a whole – and has from a young age. He is not one of those talented playmakers who relies on talent alone. While blessed with plenty of natural skill, he has also taken every opportunity at hand and feels a constant need to improve. There are skills at which he is already the best. Still he attempts to get better.

Cleary’s kicking game is perhaps the best example. Almost from his debut his was regarded as one of the best in the competition. He has worked to not only perfect it but to raise the bar, adding to his long boot and outstanding short kicking game a swirling torpedo bomb used to torture opposition wingers who are liabilities under the high ball.

Much like Cronk, there is something robotic about Cleary’s game which often serves to understate his greatness, as if it is almost to be expected. At his best, it can be compared with any of the great half-backs. It is his high floor though that truly separates him, at least from his contemporaries. Cleary does not have bad games. Cleary does not make mistakes. Cleary does not take his foot off the throat. Like Cronk and Cameron Smith, he has built his game not on rare brilliance but on relentless excellence.

It is a game built for longevity and a game built for success. Ivan understands his son’s game so well that little things like kick protections and early ruck work are all designed to put Cleary and the Panthers in the best position to succeed.

Parramatta cannot beat Cleary. They know that. The Panthers know that. The best they can hope for is to reduce his impact through physicality and keep the ball away from their opponents and perhaps a pushing of the rules. They have clearly indicated a willingness to do that with the selection of aggressive forward Nathan Brown for his first game since round 17.

But Cleary will be prepared. He always is.