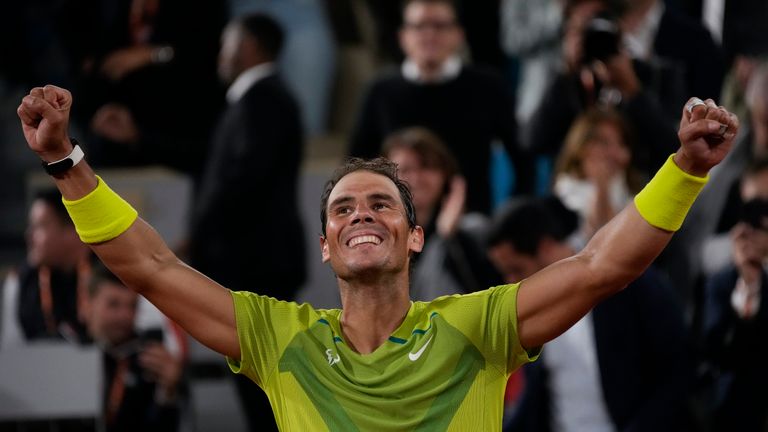 Rafael Nadal says he cannot know for sure whether any match at Roland Garros might be his last; The great Spaniard moved a step closer to his 14th title at the clay-court Grand Slam tournament and what would be a 22nd major trophy overall Rafael Nadal’s chronic foot injury issues mean that every tournament, or even every match, he plays in could be his last. It comes after the Spaniard beat his arch-rival, the world No 1 and defending champion Novak Djokovic, in a late-night classic at the French Open on Tuesday.

His epic four-set victory was built on the power, energy and physicality of a man who is about to turn 36 as Nadal will on Friday – the day of his semi-final against Alexander Zverev.

Nadal looked a shadow of the player who sent Djokovic packing when, just three weeks ago in Rome, he limped through a defeat to Denis Shapovalov.

But Nadal and his doctor are managing the injury in a bid to nurse him towards an incredible 14th title at Roland Garros and 22nd Grand Slam.

“I said in Rome I’m going to have my doctor here with me. Having the doctor here you can do things that help.

“But, yeah, I am putting everything that I have to try to play this tournament (in) the best condition possible. I don’t know what can happen after, honestly, but here I think I’m going to be fine.” 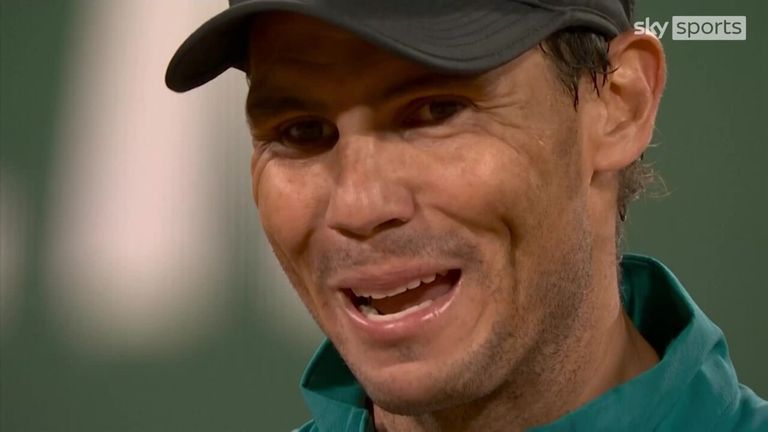 The Spaniard appears to be playing beyond the pain barrier but knowing this French Open could be his last is driving him towards the cusp of all-time greatness.

“Yes, I can’t say another thing. I am very clear about that, no?” he said.

“I mean, I have what I have there in the foot, so if we are not able to find an improvement or a small solution on that, then it’s becoming super difficult for me. So that’s it.

“I am just enjoying every day that I have the chance to be here, and without thinking much about what can happen in the future.

“Of course I’m going to keep fighting to find a solution for that, but for the moment we haven’t. So just to give myself a chance to play another semi-final here in Roland Garros (provides) a lot of energy for me.”

Nadal is now focusing on his next challenge – a semi-final against German third seed Zverev.

“I am not the kind of guy and player that emotionally goes high and low. I am very stable, I think, emotionally.

“I’m going to start thinking about things that I need to do to be ready for that semi-final. The main goal is be focused on all the level that I have been playing today.”