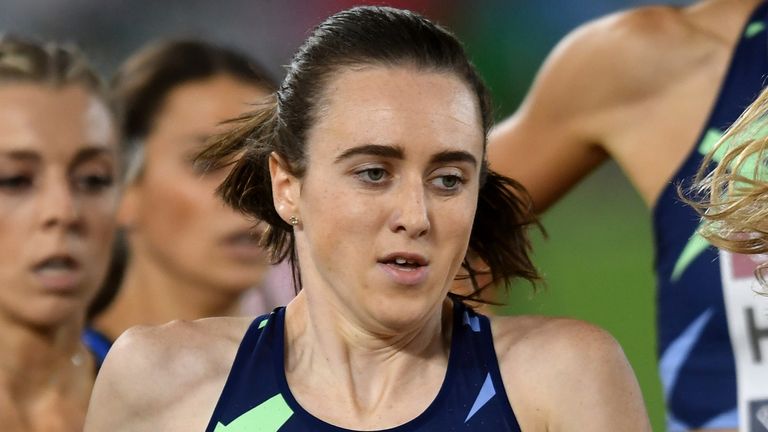 Laura Muir came home in a relatively-distant second at World Indoor Tour but her time of 3mins 59.58secs made her the first Briton to break the four-minute barrier; Ethiopian Gudaf Tsegay breaks world record with first place

Tsegay took more than two seconds off Genzebe Dibaba’s old mark as she crossed the line in a time of three minutes 53.09 seconds at the World Indoor Tour meeting in Lievin.

Muir came home in a relatively-distant second but her time of 3mins 59.58secs made her the first Briton to break the four-minute barrier.

Elsewhere, Ethiopian Getnet Wale came within 0.31 seconds of the indoor 3,000m record that has stood for 23 years.

Records nearly tumbled in the 60m hurdles, too, as Grant Holloway claimed the men’s 60m hurdles in just 7.32 seconds, to take him within 0.02 seconds of the world indoor record owned by Colin Jackson and set back in 1994.

There was British success in the pole vault as Holly Bradshaw won with a score of 4.73m, while 800m runner Elliot Giles continued his positive start to 2021 with victory in a time of 1:45.49.