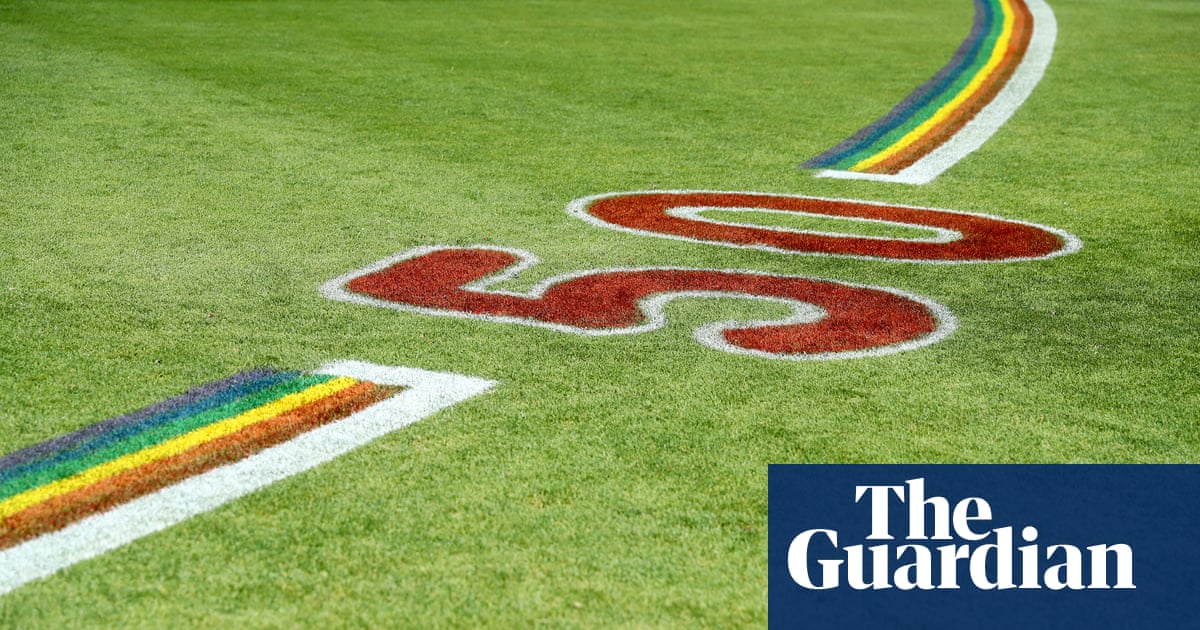 With only three rounds remaining in the regular season of the AFLW, this weekend’s Pride round is pivotal as teams make their last dash for the finals and look to cement their place in the top eight.

That this round, which is important to so many fans and players of the women’s game, comes at such a meaningful time adds to its gravity and underlines the seriousness with which the issue of LGBTQ+ inclusion is taken within the sport. While rainbow flags, guernseys and socks will add colour and joy across all the grounds during round eight, the white-line fever will step up a notch – particularly for those teams currently sitting outside the top eight. It highlights the fact that for so many people in the AFLW community, LGBTQ+ inclusion is not simply a joyful gesture but deeply ingrained in the sport itself, inseparable from the on-field battles.

The guernseys themselves are also reflective of the time and care taken to build this round over the seven seasons played so far. The Western Bulldogs yesterday launched their bold design, moving away from the traditional rainbow as the centrepiece and instead embracing the pink, pale blue and white of the transgender flag.

In stark contrast to the Pride-jersey controversy that rocked Manly in the NRL this year, the Bulldogs have put care and collaboration at the heart of their design process. Two members of the playing group – Issy Grant and Nell Morris-Dalton – were heavily involved in designing the guernesy, which also features the rainbow flag on the back.

The players collaborated with the Bulldogs Pride supporter group to ensure they were serving the needs and desires of the community they are representing and found a shared passion to better celebrate and include the transgender community.

“Obviously a lot of other jumper designs have featured the transgender flag but usually in smaller kind of spaces – so we thought it’d be really awesome if we could make it the main part of the jumper,” Morris-Dalton said in a statement on the Bulldogs’ website.

Transgender inclusion is at the forefront of discussions in many sports across Australia and the world, and the AFLW worked with Pride in Sport in 2020 to formalise and update its gender diversity guidelines. In the time since, two players in the AFLW – Tori Groves-Little and Darcy Vescio – have come out as non-binary, highlighting the complexities of gender in sport, which is not always as straightforward as sex assigned at birth.

The AFLW has been in the spotlight for policies around trans and gender diverse athletes in the past, when Hannah Mouncey was deemed ineligible to enter the draft in 2017. With the Bulldogs centring this issue through their guernsey design, the door will open for more conversation and education in future.

The collaboration between the playing group and supporters has allowed for strong buy-in and passion from both groups, which could be vital galvanising point for the team, who sit just outside the top eight on percentage. An emotionally charged lead up has the potential to spark brilliance and bring the dominant win the team are looking for against St Kilda.

Collaboration has been the hallmark of the round, with Collingwood’s design having input from players Sabrina Fredericks and Eloise Chaston and also highlighting transgender inclusion, as well as celebrating people of colour in the LGBTQ+ community.

When the teams take the field this weekend, there will be much more than pride on the line. As well as those all-important finals places, they are playing for their communities, for the inclusion of all people regardless of sexuality and gender, and for the possibility of radical and positive change in sport.