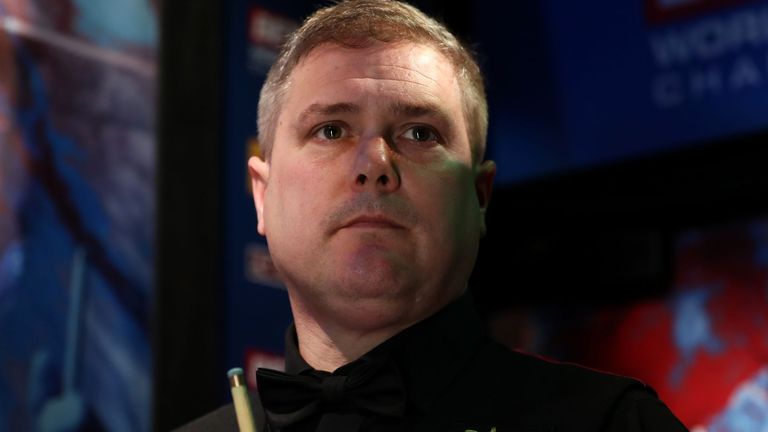 World Snooker Tour confirmed the incident, which took place on Sunday, has been referred to the WPBSA disciplinary committee; Milkins, the world No 44, lost his first-round match at the tournament to Ding Junhui on Tuesday after giving up a 4-1 lead in the first-to-five encounter

Robert Milkins faces disciplinary proceedings and a potential sanction after arriving drunk at the opening ceremony of the inaugural Turkish Masters in Antalya and needing hospital treatment.

Milkins, who turned 46 on Sunday, caused a commotion at the event which reportedly saw him fall in the toilets, injuring his chin, and then become embroiled in an argument with World Professional Billiards and Snooker Association chairman Jason Ferguson before being taken to hospital.

When contacted by the PA news agency on Wednesday morning, World Snooker Tour confirmed the incident, which took place on Sunday, has been referred to the WPBSA disciplinary committee for consideration and potential sanction.

Milkins was back in action for Tuesday’s game against Ding Junhui.

The world No 44 looked to be in decent form as he moved 4-1 ahead following a 131 clearance and two half-century breaks.

But Ding fought back to win the last four frames, ending Milkins’ hopes of progress in the first professional snooker event to be staged in Turkey.

After reports emerged of the incident at the opening ceremony, Milkins said on Twitter he had “only been drinking 2 1/2 hours then all of a sudden was out of it”, adding “nobody got hurt apart from myself”.

Milkins continued: “Obviously upset a few which I deeply regret.

“I said sorry to all the Turkish people and World Snooker and they’ve all been great with me!”