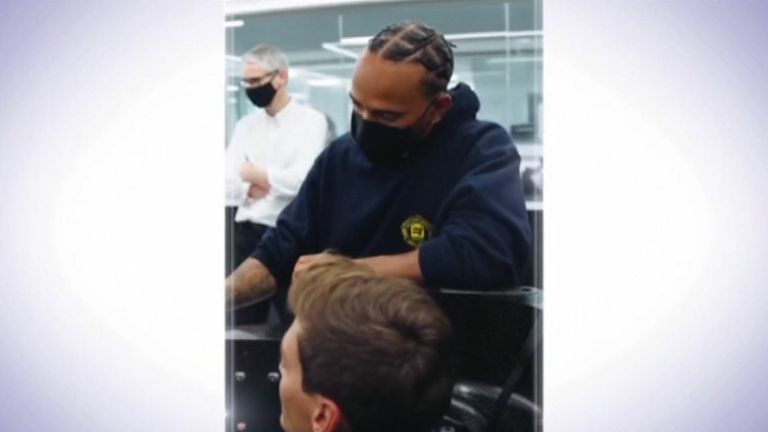 The seven-time world champion featured in posts from Mercedes across their social media channels and was seen helping George Russell be fitted for his seat; Mercedes launch their W13 on Friday morning at 9am on the Sky Sports F1 TV channel and streamed on YouTube and Facebook 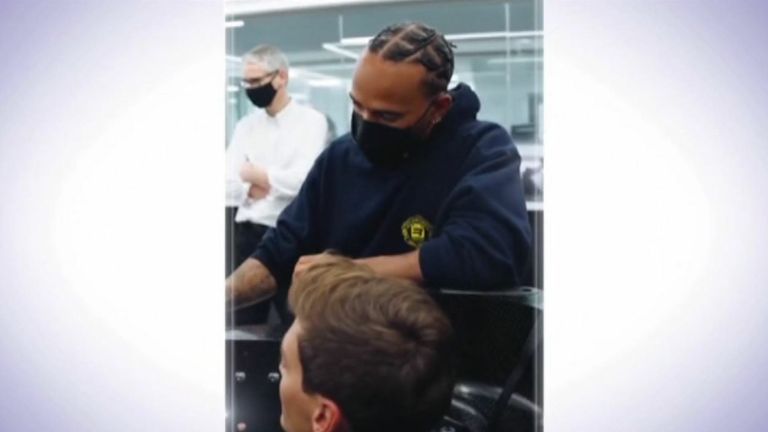 Mercedes have given the strongest indication yet that Lewis Hamilton will be on the Formula 1 grid this season.

Mercedes released a striking image of the seven-time world champion in his race suit with the caption ‘Year 16’ on their social media channels. On the same day, a video showed the Hamilton watching over new team-mate George Russell for his seat fit.

The posts come amid a big week for Mercedes as they reveal their new car, the W13, live on the Sky Sports F1 on Friday.

Hamilton lost the final race of the 2021 season and subsequently the title in dramatic fashion in December, with the late Safety Car and now-notorious conclusion seeing Red Bull’s Max Verstappen emerge victorious.

After, Mercedes team principal Toto Wolff said the events had left his charge feeling “disillusioned”. He made just one public appearance to receive his knighthood in Windsor and was silent on social media.

Hamilton broke his near two-month silence in early February by declaring he was “back” in a social media post.

In the video with Russell, Hamilton looked relaxed while he chatted with his young British compatriot, with Wolff in the background, and Russell said he was hoping to be ‘snug, as a bug in a rug’ in the new W13. 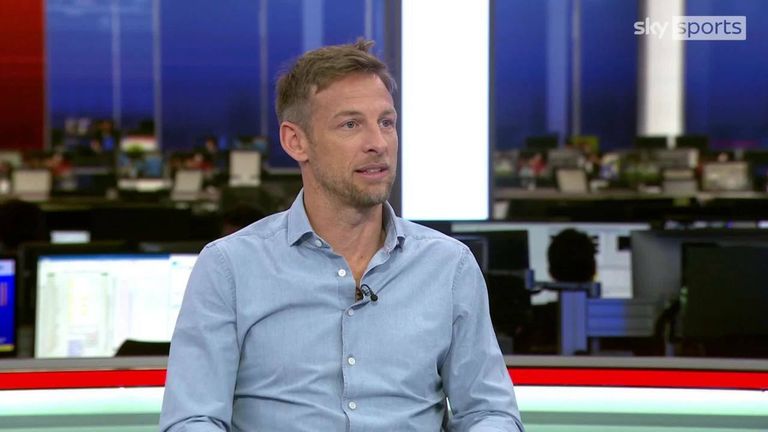 Over half the grid have already revealed their cars, with Ferrari and Mercedes coming his week, before Alpine and Alfa Romeo launch next week.

Mercedes launch is live on the Sky Sports F1 TV channel, and streamed on our YouTube and Facebook from 9am on Friday morning.

The winter testing schedule returns to six days for 2022. The first three days will be staged at F1’s favoured testing haunt of Spain’s Circuit de Catalunya in late February, with the programme concluding in the warmer climes of Bahrain the week before the season-opening race at the same venue.

Formula 1 plans to hit another new record this year with 23 races on the schedule for the first time.

Miami in early May is the exciting new addition, on a track on the site of the Hard Rock Stadium, while there are scheduled returns for Australia, Canada, Singapore and Japan for the first time in three years.

Bahrain opens the campaign for the second year in succession, with the British GP on the first weekend of July, and a mid-November conclusion in Abu Dhabi. The whole season is live on Sky Sports F1.