McIlroy: I’m the best player in the world 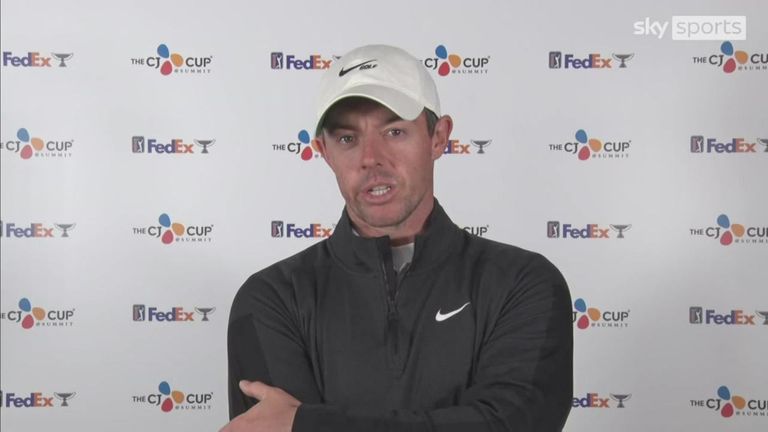 Rory McIlroy sounds defiant as he reiterates his desire to get back to the top of the world rankings, while he also insists there was little Padraig Harrington could have done to avert Europe’s Ryder Cup defeat. 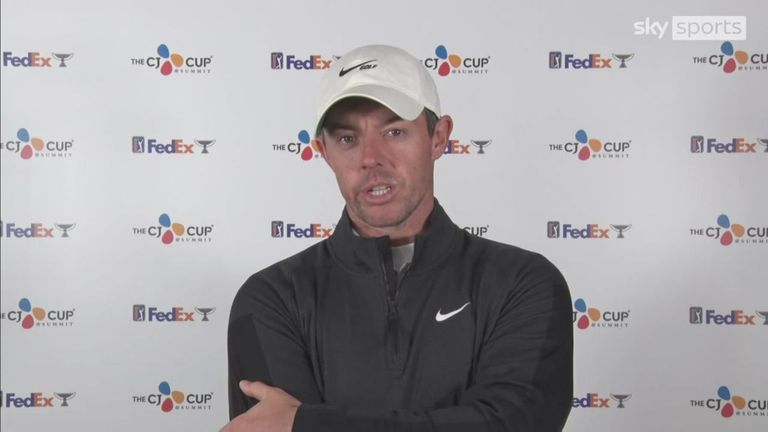 The world rankings currently have Rory McIlroy at 14th, but he maintains he is “the best player in the world” when he hits peak form.

McIlroy was ranked world No 1 when the Covid-19 pandemic hit world sport in March 2020, since when he has been hampered by inconsistency and a faltering swing that has seen him slide down the rankings to his lowest point for 12 years.

Much of the cause of his downfall was attributed to his much-publicised chase for more speed and length having watched Bryson DeChambeau overpower Winged Foot at the US Open last year, and McIlroy’s partnership with new swing coach Pete Cowen found quick success at the Wells Fargo Championship in May.

However, the four-time major champion has recorded only three top-10 finishes since lifting his third title at Quail Hollow, but he sounded a note of defiance and bullishness ahead of this week’s CJ Cup at Shadow Creek in Las Vegas.

“I think when I play my best, I’m the best player in the world,” said McIlroy, who plans to play at the DP World Tour Championship and the Hero World Challenge before heading off for a winter break.

“I haven’t played like that for a while, though, but I don’t feel like I need to go that far back to whenever the pandemic hit, when I was the No 1 player in the world. I don’t have to look that far back to see my name at the top of the rankings.

“Obviously the last 18 months haven’t been what I’ve wanted them to be, but if you keep it in perspective, I’m not that far away. And there’s a ton of great players now that play obviously really, really good golf.

“I feel like the talent pool is just getting deeper and deeper every year, so you have to strive to keep trying to get better to stay where you want to stay.

“It’s not the position I want to be in, but at the same time, there are so many other guys that are trying to do the same thing as I’m doing and I realise the competition gets tougher each and every year. You just have to try to not just keep up with that, but try to become better.”

McIlroy is making his first start since his emotions ran wild following his Ryder Cup singles victory over Xander Schauffele, and he leapt to the defence of Padraig Harrington and insisted the European captain could have done little to prevent Team USA storming to a record 19-9 victory.

“From the whole process and being obviously involved and in the team room, there’s not much more Padraig could have done,” added McIlroy, who lost all three of his matches on Friday and Saturday and was dropped for a session for the first time in his Ryder Cup career.

“I said at the start, even before the week, the captains, they set the tone and they maybe create a little bit of the culture that week, but at the end of the day it’s us, it’s the players that are out there hitting the shots and trying to hole the putts, and Europe didn’t hit the shots or hole the putts.

“When you look back on it, America just holed so many more putts than we did and got momentum early. They started matches so quick and they got the crowd on their side, they get momentum and when you’re the away side and trying to fight back from that, it’s very difficult.

“I certainly couldn’t sit here and criticise anything that Padraig did. it was on the players to play better golf and hole putts and we didn’t do that.”