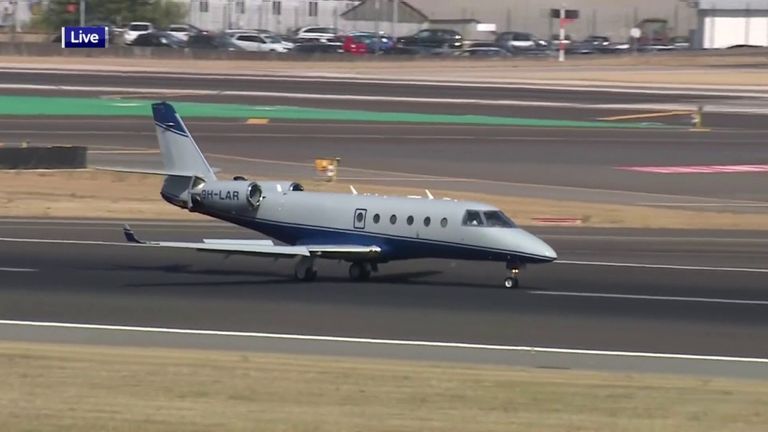 Manchester United have reached an agreement with Juventus to re-sign Cristiano Ronaldo.

Juventus will reportedly receive €15m (£12.8m) plus €8m (£6.8m) in add-ons for Ronaldo, who is set to sign a two-year contract with United after personal terms are finalised.

Ronaldo’s agent Jorge Mendes said earlier in the day that a deal for the Portugal captain to return to Old Trafford was very close.

Confirming the news, an official United statement read: “Manchester United is delighted to confirm that the club has reached agreement with Juventus for the transfer of Cristiano Ronaldo, subject to agreement of personal terms, visa and medical.

“Everyone at the club looks forward to welcoming Cristiano back to Manchester.”

Manchester City were offered the chance to sign Ronaldo and considered making a move but pulled out of negotiations.

The 36-year-old’s departure from Juventus was confirmed by boss Max Allegri on Friday, who revealed he was told by the player he had “no intention” of playing for the club again. 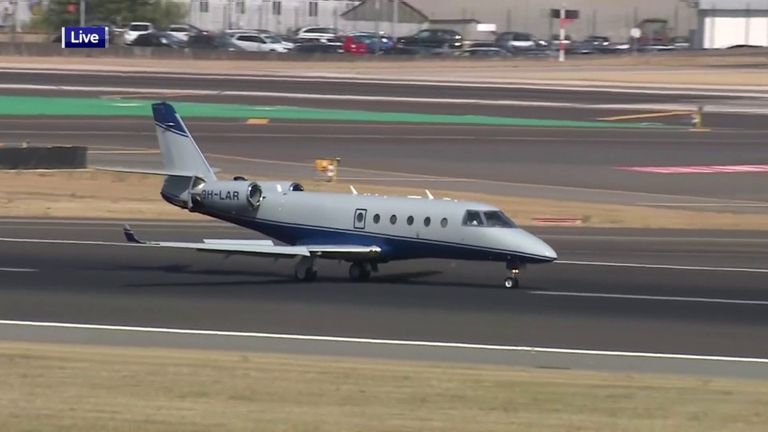 Cristiano Ronaldo touches down in Lisbon as a transfer from Juventus to Manchester United edges closer. Picture credit: SIC Portugal

Ronaldo spent an hour and a half at Juventus’ training ground on Friday morning to say goodbye to his team-mates and empty his locker in the changing room before boarding a private jet from Turin to Lisbon.

He was in the final year of his Juventus contract worth around £500,000 per week.

Ole: Ronaldo knows we are here

Ronaldo, who scored 118 goals in 292 appearances for United between 2003 and 2009, won multiple trophies including three Premier League titles and the Champions League under former boss Sir Alex Ferguson.

“I didn’t think Cristiano was going to leave Juventus. It has been speculation this morning and the last few days of course,” Solskjaer told reporters on Friday.

“We have always had good communication. I know Bruno [Fernandes] has been talking to him as well. He knows what we feel about him and if he was ever going to move away from Juventus he knows we are here.”

Solskjaer, who played alongside Ronaldo during the latter stages of his career at United, described his former team-mate as a “legend” of the club and the “greatest player of all time”.

“I was fortunate enough to play with him, I coached him when I got my job (as reserve team manager at United),” the Norwegian added.

“Such a tremendous human being so let’s see what happens with Cristiano. Everyone who has played with him I think has a soft spot for him.”

Pep: Ronaldo will decide where he plays

Pep Guardiola said Ronaldo will decide where he wants to play just moments before Manchester City pulled out of a deal to sign the forward.

Guardiola said “anything can happen” before the transfer window closes on Tuesday, but stressed players of Ronaldo’s calibre decide their own moves.

“Ronaldo will decide where he wants to play. Not Manchester City, not myself. Right now it looks far, far, away,” Guardiola said on Friday, around an hour before Sky Sports News reported City had ended talks.

Asked if he wants to sign Ronaldo, Guardiola added: “I’m incredibly happy with the squad, more than satisfied. We are the same except one guy left, Sergio [Aguero], and one guy arrived, Jack [Grealish].

“These types of players decide. [Lionel] Messi decided to go to Paris, they knock on the door, they call.”

Time is running out for clubs to do business – the summer transfer window closes at 11pm in England and midnight in Scotland on Tuesday August 31 and you can follow all the Deadline Day drama with Sky Sports.

Follow all the latest transfer news and rumours in our dedicated Transfer Centre blog on the Sky Sports website and app, check out the latest Done Deals and watch the best analysis and reaction on Sky Sports News.