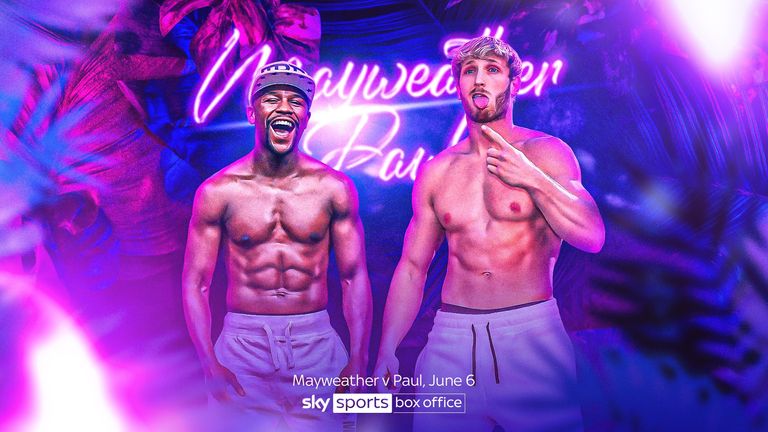 Logan Paul has reminded Floyd Mayweather of their age gap and claims his legendary rival “has everything to lose”.

“This fight means so much to my fans, to my family, to everyone watching who thought they couldn’t do something in life,” said Paul.

“That’s the energy I’m going in with.

“So when you have a guy coming into the ring with that energy? And a guy who has everything to lose?

Mayweather, 44, became a grandfather this year and, despite retiring with a sensational 50-0 record in 2017, has been tempted back into the ring by Paul under an exhibition rule-set.

“He has a huge following,” Mayweather said about his opponent who is 18 years younger. “Big guy, strong guy.

“This is fun, it’s entertaining. It’s all about entertainment. On social media, he entertains the people.”

Logan, who stands at 6’2”, towered over the far smaller Mayweather during their face-off.

But Logan’s only professional boxing match, against KSI in YouTuber boxing’s biggest occasion, ended in defeat.

His brother Jake has been more successful with three stoppage victories.

The undercard to Mayweather vs Paul will feature the boxing debut of former NFL player Chad ‘Ochocinco’ Johnson.

Jarrett Hurd will face Luis Arias while Badou Jack will lock horns with Jean Pascal in a rematch.