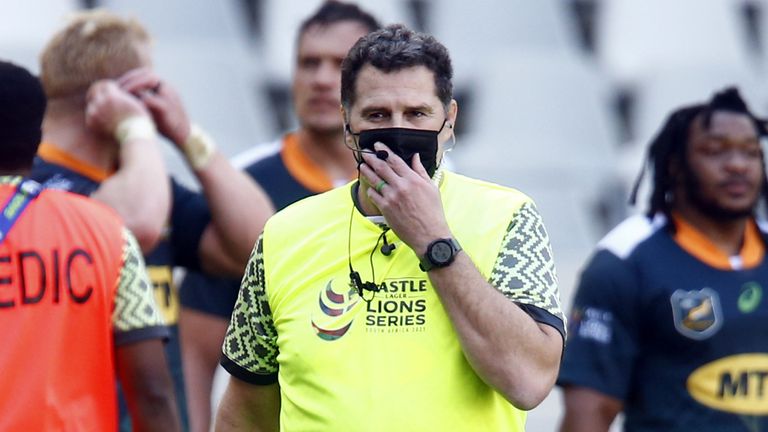 Steve Tandy and Mako Vunipola have both responded after Rassie Erasmus again took to social media to criticise the British and Irish Lions.

The latest clip posted on Erasmus’ Twitter account comes from South Africa’s 22-17 defeat in Cape Town on Saturday and sees Ali Price tackle Cheslin Kolbe close to the touchline before prop Vunipola picks the Springboks wing up off the floor.

“Cheslin is obviously played in the air and clearly not direct into touch!! More importantly for youngsters watching this clip!!!!” Erasmus tweeted.

“Please never move or touch an injured player on the ground, it’s reckless and dangerous!”

It comes the day after Erasmus, who has been courting controversy himself by acting as water carrier for the Springboks during the series, retweeted a post from an anonymous user showing some “questionable calls” by the officials against the world champions.

As part of the retweet, Erasmus adds: “Thanks. This is rugby – sometimes calls go for you and other times they dont”.

In a twist, the anonymous poster named ‘Jaco Johan’ uses the same type of graphics – a yellow circle – to highlight the alleged foul play as Erasmus does on his official account.

Additionally, the user has only tweeted twice and on both occasions, the content was of video clips implicating the Lions in dangerous play.

However, Lions defence coach Tandy hit back at Erasmus’ comments by praising the match officials for their handling of the first Test and insisted any complaints they had would be handled through governing body World Rugby.

“We thought the officials did a good job and we’ll continue going through the proper channels,” Tandy said. “We’ve got to be careful about what we do and do our talking on the field. Rassie’s comments are his own. He has been coming out and saying bits and pieces, but every team has those moments.

Vunipola, meanwhile, insisted he was only attempting to get to the ball when asked about the Kolbe incident and offered his apologies to the winger for any injury caused.

“I remember just trying to get the ball,” Vunipola said. “I saw he had gone down and it was done in the heat of the moment. He seemed alright. He played on for the rest of the match.

“I guess if he was really hurt, it was a bit reckless. But I felt the collision wasn’t that bad. We were behind at the time and we wanted some tempo. If I did hurt him, I apologise.” 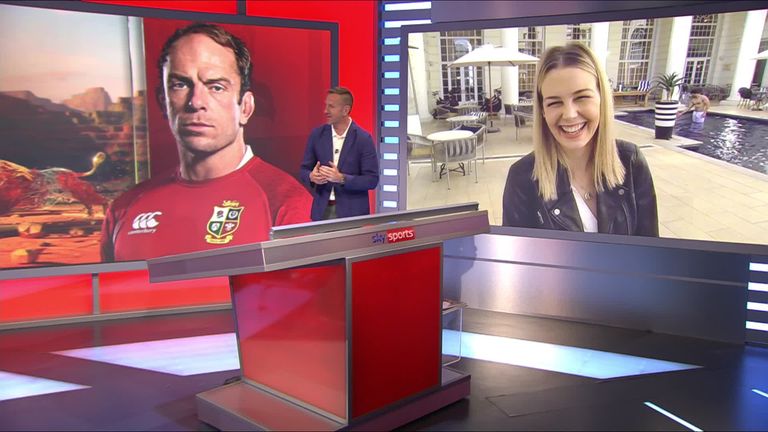 Will Greenwood is joined by Bobby Skinstad, Jamie Roberts and Simon Zebo to discuss the big calls from the officials in Saturday’s first Test between South Africa and the Lions

Erasmus used Twitter two weeks ago to draw attention to two challenges by Owen Farrell in the South Africa ‘A’ game, but after Saturday’s defeat he appeared to have adopted a more conciliatory tone.

“No excuses this side!! You are far away from home, families and going through same tough covid protocols like we do!! Congrats and well deserved !!!” he tweeted.