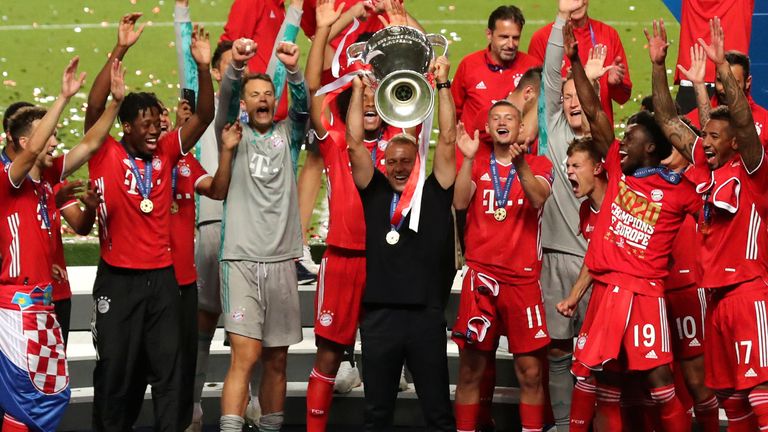 Bayern Munich striker Robert Lewandowski has warned players will struggle to deliver their best due to the packed schedule over the next few years.

The Poland international has played 60 matches for club and country since football restarted last May following the coronavirus stoppage and believes there is little time for players to adequately recover.

The 32-year-old, who broke Gerd Müller’s Bundesliga goal-scoring record for a single season, says quality will undoubtedly suffer when players are pushed too far.

“So many people forget we’re humans, we’re not machines, we cannot play every day at the highest level of performance,” Lewandowski told The Times.

“For football and for young players, that will be the big problem, to stay at the top for many years, because now and maybe the next two years, that will be extreme: so many big games.”

Lewandowski, who will carry Poland’s hopes at this summer’s European Championship, said it is not only players who will suffer from too many games.

“Even for the fans, I think so many games will be more boring because if you wait for the games longer, there’s more expectation, that feeling that you’ve been waiting for this,” he added.

“The quality of games will go down. It’s not possible to stay with this quality on the top with so many games.”

Europe’s governing body for football approved changes earlier this year that will see the number of teams competing in the Champions League rise from 32 to 36, while the group stage will be replaced by a single league stage, known as the ‘Swiss model’.

The alterations to the competition will see teams play at least 10 games in the first stage, up from six in the present format, much to the frustration of Baer-Hoffmann as well as players and managers alike.

Speaking exclusively to Sky Sports News in April, Jonas Baer-Hoffmann said: “We’ve seen this for a number of years, whether it was the Club World Cup, the Nations League or commercial tours ahead of a new season – there is generally little regard for the impact the calendar has on players’ health and their performance.

“The attention to the health has been completely lacking for years – we’ve presented on this to a number of bodies, including UEFA, but we don’t see it trickle down in the decision-making process.

“If players start to get injured or start to miss games that doesn’t help anyone.

“These players want to play but they want to play at the highest level they can and frankly value is not just created by the quantity of matches but the quality of them.”