LeBron and Stewart banned over altercation 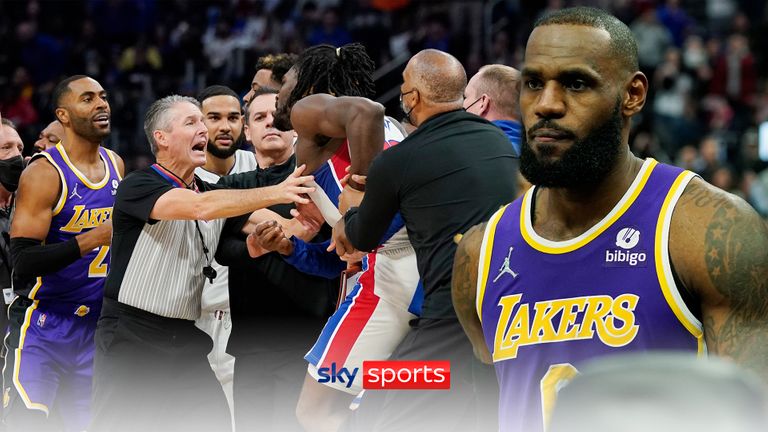 LeBron James has been suspended for one game for an altercation with Isaiah Stewart during Sunday’s clash between the LA Lakers and Detroit Pistons, with Stewart banned for two games.

James was ejected, for only the second time in his glittering career, after an ugly incident in the third period which left Stewart bleeding from a wound above his right eye. 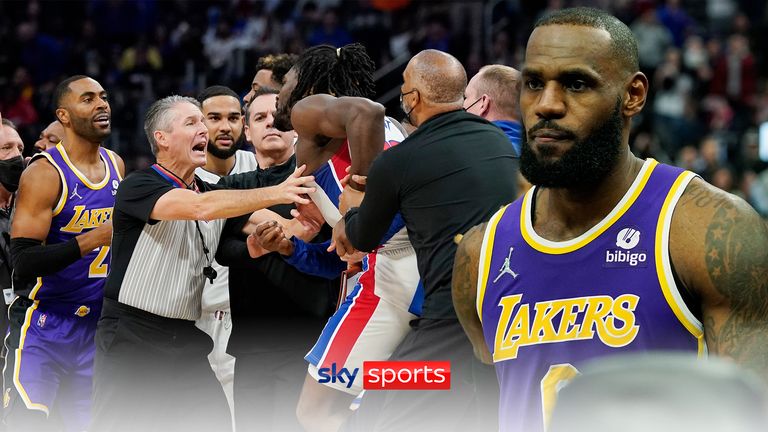 LeBron James was ejected in the third quarter of the Lakers’ win over the Pistons, after connecting with Isaiah Stewart’s face.

He clearly caught Stewart with an elbow as they battled for position at a free-throw, but Stewart then escalated things and went after the perennial All-Star, drawing multiple technical fouls and also being ejected from the game.

James will miss Tuesday night’s game against the New York Knicks at Madison Square Garden for “recklessly hitting Stewart in the face and initiating an on-court altercation”, in a decision announced by President of League Operations Byron Spruell. 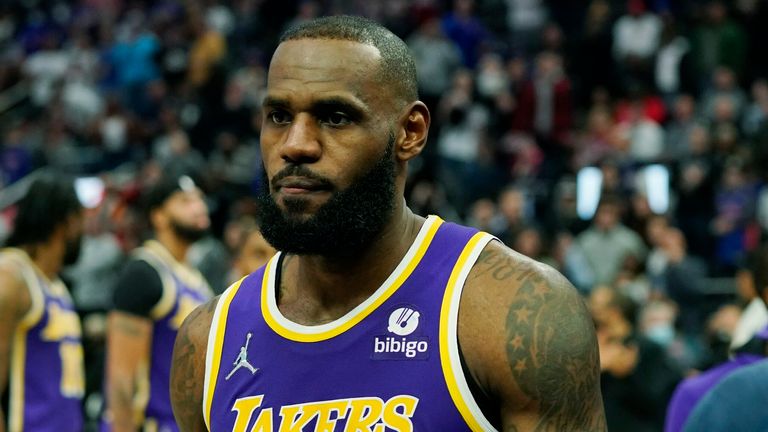 Stewart’s two-game suspension means he will miss a home date with the Miami Heat on Tuesday and Thursday’s road game against the Milwaukee Bucks.

The 2020 draft pick was found guilty of “escalating an on-court altercation by repeatedly and aggressively pursuing Los Angeles Lakers forward LeBron James in an unsportsmanlike manner”.

Pistons head coach Dwayne Casey had said after the game that he didn’t believe Stewart deserved to be punished any further than his ejection after being provoked.

Casey said: “He’s a great kid but he felt like he got cheap-shotted across his brow and on the street, it would be a different story.

“I don’t think he should be facing anything from the league. He didn’t get off the floor in time, and the league will have to decide about that, and I thought that was why he was ejected from the game. “