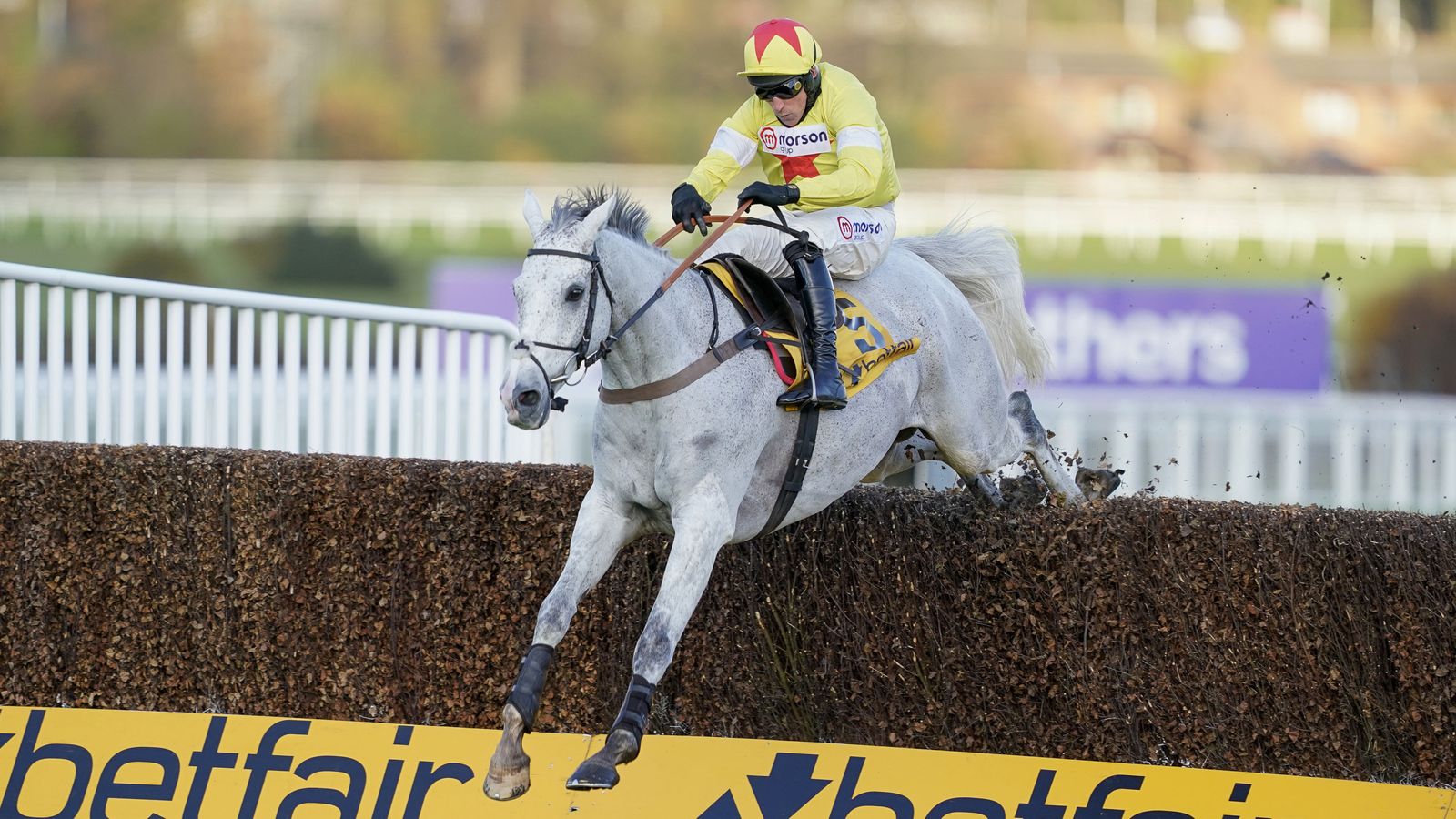 Past winners Altior and Politologue are among 31 entries for the Betway Queen Mother Champion Chase at Cheltenham.

The Nicky Henderson-trained Altior lifted the two-mile showpiece in 2018 and 2019, but missed last season’s renewal won by Politologue from the Paul Nicholls’ stable.

Politologue made a triumphant reappearance in the Tingle Creek Chase at Sandown while Altior suffered just his second defeat in 17 chase starts when runner-up to Dan Skelton’s Nube Negra in the Desert Orchid Chase at Kempton.

Rouge Vif was third to Politologue at Sandown, but was a disappointing last of four finishers in the Kempton race on ground his trainer Harry Whittington felt was unsuitable.

He said: “The ground wasn’t ideal for him at Kempton as he needs good ground. It was quick enough to back him up after the Tingle Creek, but he seemed in good form and he has taken his races well in the past. It was a shame they had the rain overnight at Kempton.

“He did run a bit flat, but it was only three weeks after a big effort in the Tingle Creek. We have a nice long spell to that week in March. If it comes up soft he might not run and we would potentially wait for the likes of Aintree, Sandown and Punchestown.

“We have just got to wait and see what the ground conditions are like. It was a lesson learnt last time though and we won’t be running him quick again after a big run, even though he is a very tough horse.”

Henderson has also made an entry for Grade Two scorer Janika, while Nicholls’ other potential runners include Duc Des Genievres, Greaneteen and Magic Saint.

Heading the market at 5-4 with sponsors Betway is Chacun Pour Soi, one of 14 Irish-trained entries.

Willie Mullins’ charge has yet to run at Cheltenham, having missed this contest last season due to a last-minute injury.

He has, however, looked imperious in two races so far this season, most recently cruising to victory in the Paddy’s Rewards Club Chase at Leopardstown.

Third behind Chacun Pour Soi at Leopardstown was Put The Kettle On, trained by Henry de Bromhead. The seven-year-old mare boasts a formidable record at Cheltenham, having won all three of her starts there including the Arkle Trophy at last year’s Festival and the Shloer Chase in November.

First Flow has won six of his 10 starts over fences, including his last five starts culminating in the Castleford Handicap Chase under a big weight at Wetherby.

His trainer Kim Bailey said: “First Flow is a horse that needs heavy ground, and he was very brave when winning at Wetherby over the festive period.

“The Champion Chase is something we would think about, but the ground is going to be an important factor for him.

“He could run in the Clarence House Chase at Ascot later this month.”