Lampard will be sacked unless form improves 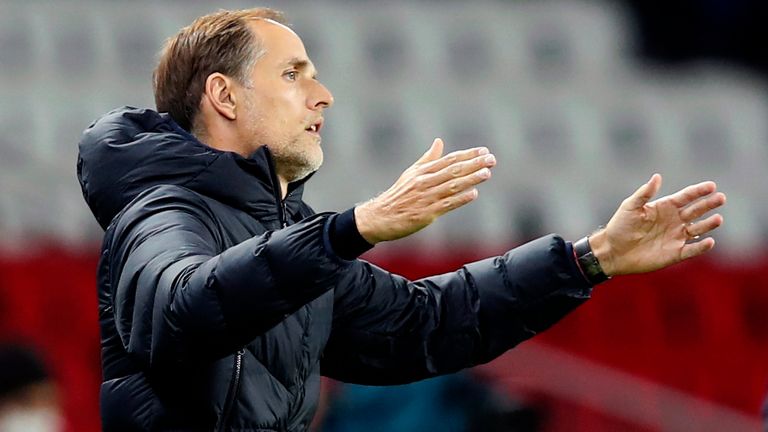 Frank Lampard will lose his job as Chelsea manager unless results and performances improve immediately.

Lampard is under huge pressure following the 2-0 setback against Leicester City which saw them slip to eighth in the table. It constituted a fifth defeat in eight Premier League games.

After the game, the Blues boss defended his “transitional” Chelsea side’s recent displays but admitted that his future at the club was out of his control.

After £200m was spent on summer transfer window acquisitions like Hakim Ziyech, Timo Werner and Kai Havertz, many tipped Chelsea to achieve Premier League glory for the first time since 2017, but a poor run of results has dampened their title prospects heading into the second half of the season. Now, they are nine points off the Premier League summit.

Chelsea’s upcoming games against Luton Town in the FA Cup this Sunday, Wolves (January 27), and Burnley (January 31) are crucial for Lampard, before an trip away at Tottenham on February 4.

Former Juventus manager Massimiliano Allegri and Thomas Tuchel, who was replaced by Mauricio Pochettino at Paris Saint-Germain last month, would both be interested in becoming Chelsea manager if the job became available.

Chelsea will make a change if they believe there is another manager who can get more out of the current group of players.

The club’s board are aware that other Premier League managers such as Arsenal’s Mikel Arteta and Manchester United’s Ole Gunnar Solskjaer have also gone through difficult spells this season and have turned their respective sides’ fortunes around.

Lampard has been working under difficult circumstances with the coronavirus pandemic and a transfer ban which was in place for the first two transfer windows of his tenure.

But he spent more than £200m on players last summer and the club feels there not been enough signs of progress so far this season.

Lampard has always openly acknowledged the pressure that goes with being Chelsea manager and any final decision on his future will be taken by owner Roman Abramovich.

12 managers have been appointed by Chelsea since Abramovich bought the club 18 years ago.

Lampard must show style at Chelsea

Chelsea succumbed to their fifth defeat in eight Premier League games, against Leicester on Tuesday evening, and it was a deserved one. While Brendan Rodgers’ side moved to the top of the table, Frank Lampard’s men are left languishing in eighth and in the worst form of any top-half team.

Talk of a title challenge has stopped and, as the man himself admitted, it is Lampard’s future as manager that is under scrutiny now. Club legend or not, that is currently little surprise and not just because of the lavish summer spending. Without an improvement over the second half of the campaign, only Jose Mourinho’s abysmal final season will spare Chelsea their worst points haul of the century so far.

How much time will Lampard be given to correct course? The unique circumstances of this season should ensure some sympathy as he tries to assimilate players. But are the signs clear enough that Chelsea are on the right path?

The heated discussion on Monday Night Football between Jamie Carragher and Gary Neville focused on Manchester United but it feels just as relevant to Chelsea. Neville made the point that United need their backline to step up five yards to become a title-winning team and proceeded to argue that it was the identity of the personnel that was preventing that from happening.

Carragher saw it as a coaching issue. Why can’t Manchester United do that now? Harry Maguire and Victor Lindelof are not the quickest but neither are Ruben Dias and John Stones. Liverpool remain committed to squeezing the play despite having Fabinho and Jordan Henderson at centre-back.

History is full of coaches who will argue that they would have played completely differently if they had only had the players. But the best ones tend to establish their style of play first – embed it in the team culture, drill their team in a specific approach – and then upgrade the players over time.