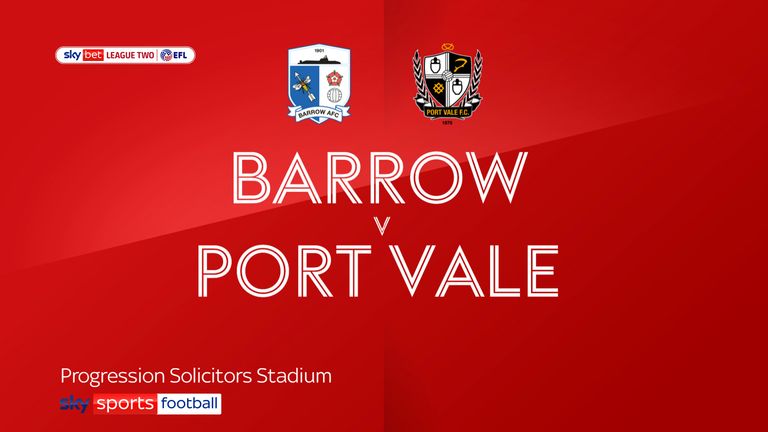 Southend’s long stay in the Football League is all but over after a 2-0 defeat by their Essex rivals Colchester.

The Shrimpers, who have been a league club since 1920, are eight points from safety with only three games remaining.

Boss Phil Brown described the game as ‘probably the biggest in the club’s history’ but they were two down at half-time through goals from Michael Folivi and Harry Pell before Jason Demetriou was sent off for a foul on Pell.

The result ensured Colchester will play in League Two again next season.

Only Barrow are now nominally within touching distance of Southend, and Grimsby below them, after a 2-0 defeat by Port Vale – Tom Conlon scoring both the goals.

Cambridge stay two points clear of Cheltenham at the top of the table thanks to a 4-2 victory over Leyton Orient.

Daniel Kemp cancelled out Joe Ironside’s opener for the Robins in first-half stoppage time but Shilow Tracey and a Paul Mullin penalty within six minutes put Cheltenham back in front.

A Declan Drysdale own goal pulled Orient back into it but a frantic spell ended with Ironside’s second and three points for the visitors.

George Lloyd scored the only goal for Cheltenham in a 1-0 win over Stevenage just before half-time.

Bolton are four points off the leaders in third after a 1-0 victory over Carlisle, with Eoin Doyle netting his 18th of the season.

Tranmere‘s 1-0 success at Bradford meant victories for all of the top five. Paudie O’Connor’s own goal in the first half added time settled things.

Forest Green in sixth drew 0-0 with Exeter and are only a point ahead of Newport, who beat Crawley 2-0 thanks to goals from Liam Shepherd and Aaron Lewis. Tom Nichols saw red late on for Crawley.

Oldham were convincing 3-0 winners at Harrogate with goals from Alfie McCalmont, Dylan Bahamboula and George Blackwood while Mansfield won by the same score against Scunthorpe – George Lapslie, James Perch and Tyrese Sinclair the men on target.

Goals from Ian Henderson and Jordan Turnbull earned Salford a 2-0 victory at Walsall.