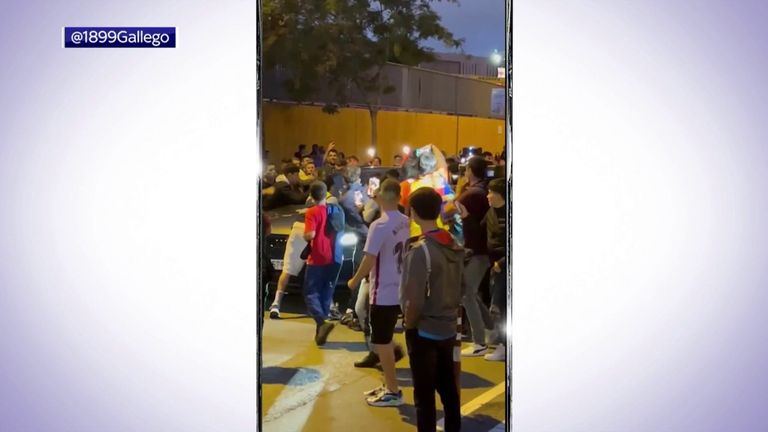 Ronald Koeman has been sacked as head coach of Barcelona after 14 months in charge.

After weeks of speculation, Koeman’s final game was the 1-0 defeat by Rayo Vallecano in La Liga on Wednesday night, their fourth defeat in six games in all competitions.

Pressure had been building on the Dutchman since a 3-0 defeat at Benfica in late September, which made this season the club’s worst-ever start to a Champions League campaign.

They succumbed to a 2-0 away loss to Atletico Madrid in La Liga on October 2, with former forward Luis Suarez scoring the second goal at the Metropolitano Stadium, and they trail league frontrunners Real Madrid by six points in the table.

Their 2-1 loss to Real Madrid at the Nou Camp on October 24 was Koeman’s third El Clasico defeat in a row, and after the final whistle, the Barcelona boss was targeted by a crowd of fans who attacked his car as he tried to drive away from the stadium.

Barcelona head coach Ronald Koeman’s car was mobbed by supporters after Sunday’s 2-1 defeat to Real Madrid in El Clasico at the Nou Camp.

After the defeat on Wednesday, Koeman said: “It [Barcelona’s league position] says we’re not well.

“The team has lost balance in the squad, lost very effective players, which shows. In recent years other clubs have strengthened every season and we haven’t, which also shows.”

Koeman was appointed in August last year and in his first campaign led Barcelona to third place in La Liga and won the Copa del Rey.

But he has struggled in his second season following the departure of Lionel Messi, who left as a free agent in the summer to join Paris Saint-Germain with financial issues leaving Barcelona unable to afford his wages. 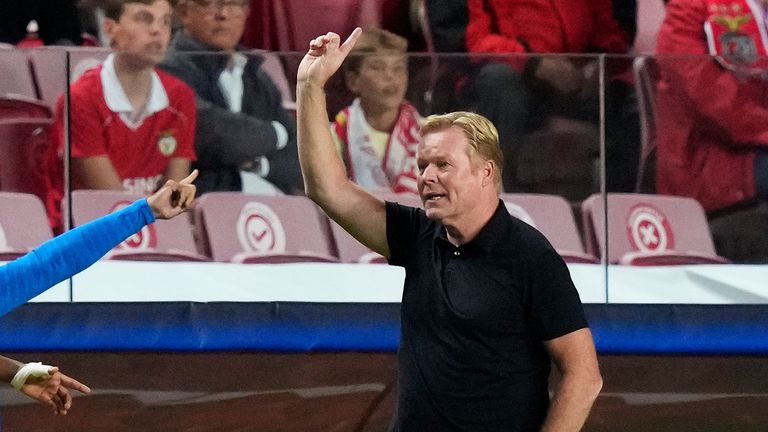 This is a breaking Barcelona news story that is being updated and more details will be published shortly. Please refresh this page for the latest updates.