Kick It Out boss: Football culture must fundamentally change 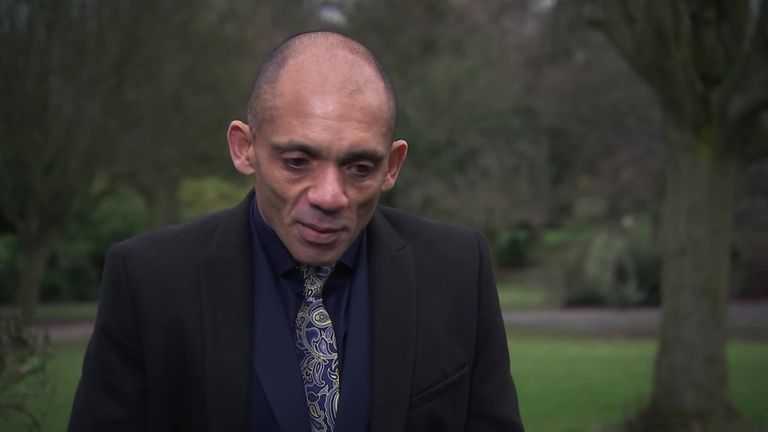 The only way to end abuse is to fundamentally change football’s culture in a similar way to how fan-violence of the 1970s and ’80s was driven out, according to the new boss of Kick it Out.

Tony Burnett does not believe discrimination will ever be fully eradicated from the game, but insists that remains Kick It Out’s goal in an exclusive interview with Sky Sports News.

Burnett says there are three key areas in which he wants to focus; reporting incidents of discrimination, education and guidance, and talent development, so that more minority groups are represented and employed within football.

He also believes police resources are too stretched to deal properly with online hate, and mass boycotts of social media companies may be the answer, until they make users more accountable and more identifiable for the comments they make.

Responding directly to Arsenal midfielder Granit Xhaka’s comments online abuse “will kill football” unless it is rooted out, Burnett said: “Xhaka isn’t the first player to face abuse from his own supporters.

“I think we need to ask the question why right-minded people quite often think they can behave in ways, when they enter the sphere of football, that they wouldn’t comprehend in other areas of society, or in their workplace.

“Football seems to create an environment where men of a certain disposition think it’s ok to be abusive. Toxic masculinity in football is a problem. Middle-class, educated men behaving in a way they wouldn’t even consider in any other walk of their life.

“The violence has been eradicated in football, but this hasn’t, and we can’t allow it to carry on.”

Burnett adds he believes the traditional aggression delivered from the stands towards the players on the pitch is key in understanding the roots of online hate.

“What happened to Xhaka is an example of that,” he said. “A crowd becoming a collective source of abuse, and it’s manifested in social media and in the ground. It’s not acceptable in normal life, why is that acceptable in football?

“I’m not in Xhaka’s shoes, so I wouldn’t pretend to understand the impact it’s had on him. We have a younger generation coming through in football now who see this abuse, this aggression, and they don’t get it.

“There’s a whole culture around some aspects of football that is pre-historic – we have not talked about domestic violence. Some sectors of football supporters think it’s wholly acceptable to go to a game, drink 10 pints, and if their team has lost, go home and attack family or their partner. We have to tackle that.”

Kick It Out is football’s equality and inclusion organisation – working throughout the football, educational and community sectors to challenge discrimination, encourage inclusive practices, and campaign for positive change.