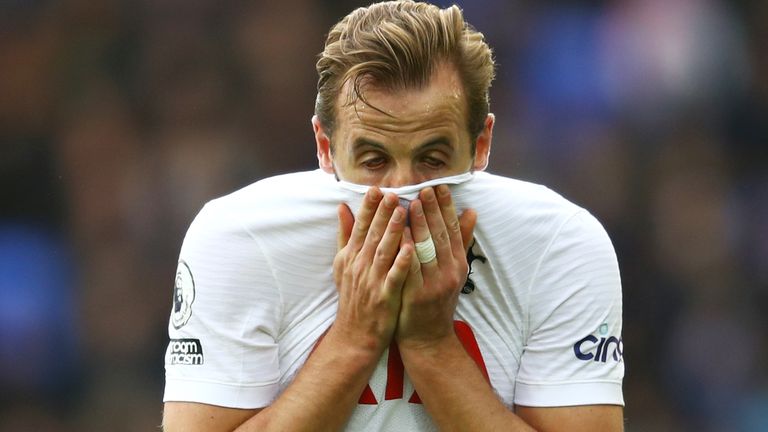 Harry Kane has opened up about a “difficult” summer for himself and his family and defended his brother’s role in a failed move to Manchester City.

The Tottenham striker captained England to the final of Euro 2020, losing on penalties to Italy, before seeing a transfer to the Etihad Stadium break down.

Kane was then absent from the Spurs side at the start of the campaign and since returning has managed just one goal in his 10 Premier League appearances.

His brother Charlie is his agent and was roundly criticised for his handling of a potential move to join reigning champions City.

“Whatever the circumstance, whenever there is stuff being written about your family, it’s always maybe a little bit difficult to take, especially when it’s stuff that’s negative,” Kane said ahead of England’s final World Cup qualifiers against Albania and San Marino.

“But I think that’s when families really come together during those moments. Obviously I’m very close to my brother and my parents, my wife, her family, so there’s plenty of people that I know and trust and am able to talk to.

“It’s never easy when there is any negative story about yourself or someone you know, or your friends, or team-mates. In the summer, there was a lot of stuff about my brother, being my agent.

“The rest of it is just noise from our point of view. It’s just about us sticking together and whatever the circumstance, always being there for each other and that’s what we’ll continue to do.”

‘It takes a toll mentally’

Kane also admitted to being hit mentally by both the heartbreak of Euro 2020 and the doomed saga over a move away from Spurs.

“You go through the highs and lows of a major tournament, coming so close to a dream and it being taken away from you in such a quick moment,” he added.

“Then it was my first summer of transfer speculation and having to deal with those situations. So of course it takes a toll mentally on yourself but from my point of view, I’ve always had good friends and good family around me.

“But it is important that you have people around you that you can trust to do that. That’s what I’ve done.”

Kane not looking for excuses over drop in form Kane, who will captain England in their World Cup qualifier against Albania at Wembley on Friday night, also said the uncertainty over his future has not weighed heavily on him despite his poor goalscoring return for Tottenham.

“Well I think from my point of view it’s easy for people to try and look for an excuse when maybe you’re not on form or you’re not scoring as many as you usually do,” he said.

“That’s where it’s important kind of my own self-belief, my own mentality, just to work harder and that’s always been my approach.

“Whether I’m doing really well or the goals aren’t quite coming, it’s just to train hard, work hard for the team and that’s what I’ve done my whole career.

“Obviously, there’s not been many spells, for example, for my club not scoring as many as I’ve scored so far this year.

“But in terms of an England calendar year it’s been a great year for me personally and I hope to continue that tomorrow night.” 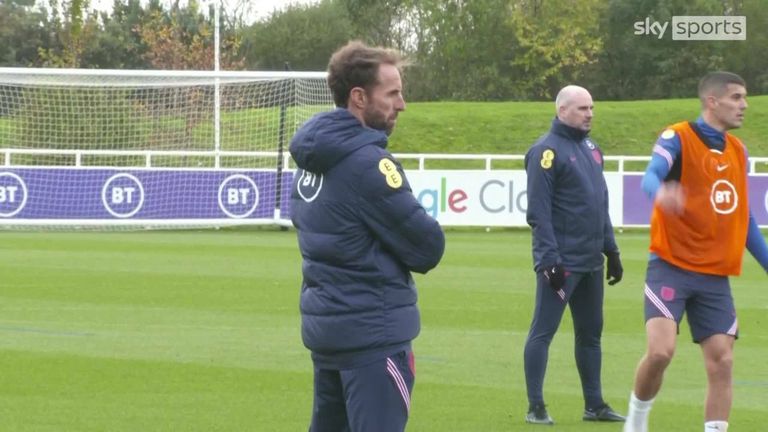 Kane has scored three goals in his last four appearances for England, who need four points from their final two games against Albania and San Marino to qualify automatically for Qatar 2022.

Victory over Albania would be enough if Poland drop points away to Andorra but Kane is expecting a difficult match at Wembley.

“I think it’s a game that we definitely want to win,” he said. “We need four points from these two qualifiers so the quicker you can get three on the board, the better.

“A win would put us in a better position for the San Marino one.

“We expect a really tough game. Albania still have the chance to qualify for the World Cup and we know they’ll bring a lot of energy and passion to the game so we need to make sure we match that.

“We feel with our ability, we have more than enough to win the game but it will be a tough battle.”