Joyce wants Joshua in December if Fury fight does not happen 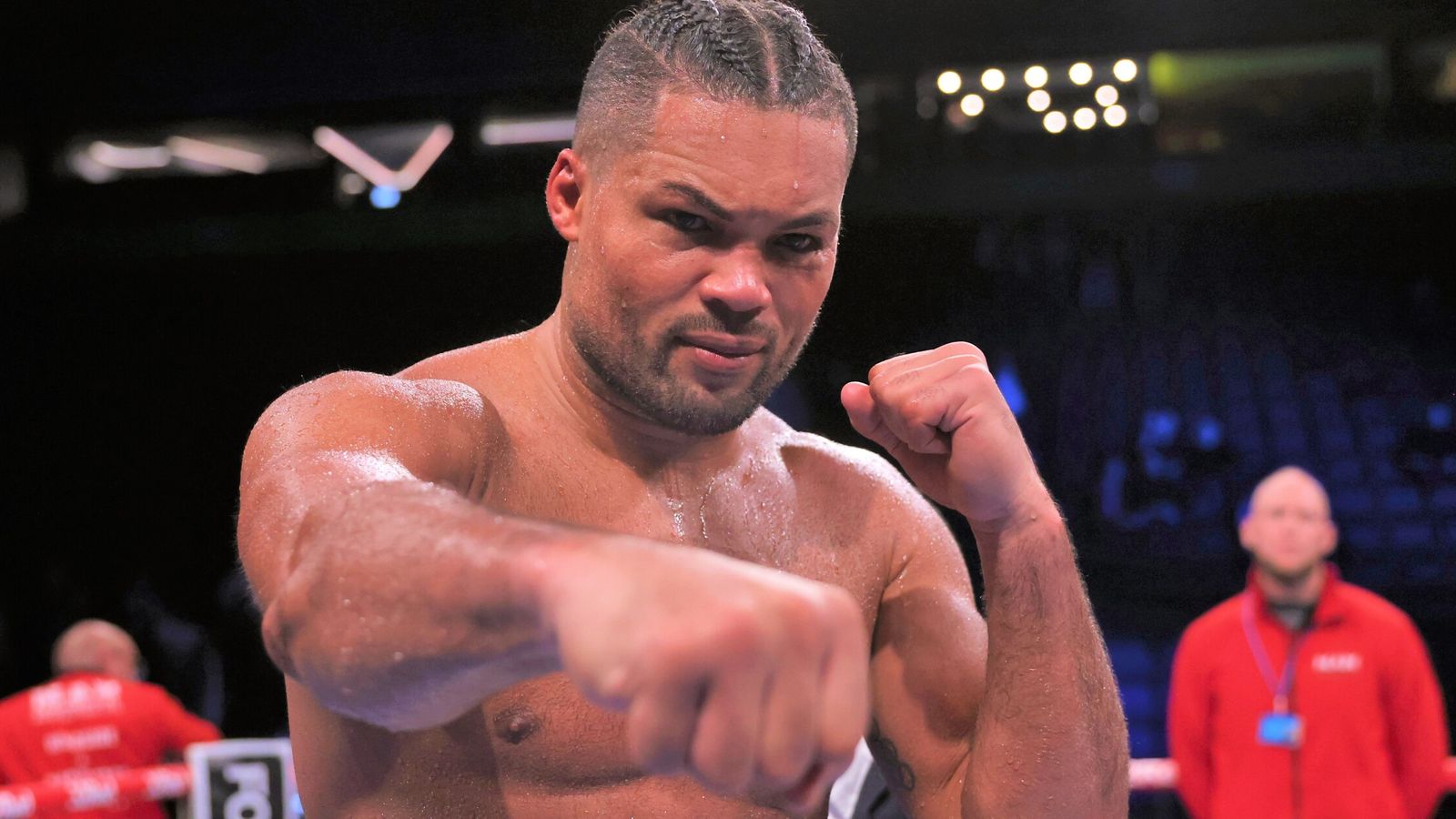 Joe Joyce says he would be happy to fight Anthony Joshua in December if the latter’s bout with Tyson Fury does not take place.

Joshua and Fury’s camps as well as broadcasters have been in negotiations about a blockbuster heavyweight showdown with December 3 a mooted date, but an agreement is yet to be finalised.

Joyce – who became the first boxer to stop Joseph Parker when he knocked out the New Zealander in the 11th round of their thriller in Manchester last weekend – took to Twitter to challenge Joshua.

The 37-year-old said a December 3 dust-up with Fury would be “tight for me” but that he would be willing to face Joshua later that month and that it was “an easy fight to make”.

Joyce wrote: “If Fury and AJ aren’t fighting then I’ll step in. December 3rd is tight for me @Tyson_Fury, but @EddieHearn you can give your new best mate @frankwarren_tv a call and I’ll take the 17th slot with AJ. Easy fight to make!”

Should Joshua vs Joyce happen, then Fury could meet Andy Ruiz Jr on December 3 with Ruiz Jr saying “it would be an amazing fight for boxing” after being namechecked by Fury’s father John.

The American – a former unified heavyweight champion after stopping Joshua in the pair’s first meeting in June 2019 before losing the rematch later that year – was last in action on September 4 when he beat Luis Ortiz via unanimous decision.

After John Fury had said he thought Joshua fighting his son Tyson this year was “doubtful”, he went on to name Ruiz Jr, Ortiz and Filip Hrgovic as potential opponents.

Ruiz took to social media to reveal his interest in making that match-up happen.