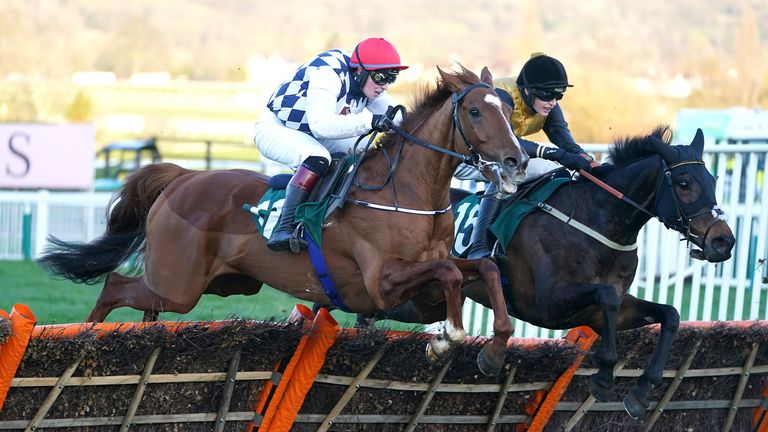 Joseph O’Brien’s days as a leading dual-purpose trainer appear to be drawing to a close after he indicated his intention to concentrate on the Flat.

The multiple Classic-winning rider has enjoyed his fair share of success over jumps so far during his fledgling training career.

But speaking at a press morning at his yard on Tuesday, he revealed his jumping string has already been scaled back and is likely to be cut further over the coming seasons.

He said: “We actually had nearly our best jumps year of all last year, but I won’t have a lot of jumpers I’d say for the next few years.

“We had a good summer, but a lot of those horses were sold and moved on. I think we have 20 jumpers left and we’ll probably have that for next year, but I don’t believe you can do both on a big scale without them having a little impact on each other.

“We have a big number of stables and horses here and I didn’t want to build any more stables, so you have to concentrate on one or the other then and obviously I grew up on the Flat and it makes a lot more sense to have Flat horses than jumpers.

“I’d say I’ll always have a few homebreds. We’ve done well with some homebred fillies that have sneaked a bit of black type that will then breed a couple of bumper horses that we’ll race to sell.

“And I won’t be able to help myself by running a few three-year-olds (over hurdles)!”

Fakir D’oudairies skipped this year’s Cheltenham Festival, with connections deciding against a rematch with the brilliant Allaho in favour of a defence of his Melling Chase crown at Aintree next week as a fresh horse.

“We trained him with the thought that we could go to Cheltenham, but JP (McManus) and Frank (Berry) felt it made more sense to go to Aintree and so did I – if you were taking on Allaho you’re probably running for second realistically and looking at the race that’s probably what we would have been doing.

“We’re going to Aintree with a fresh horse and if Allaho turns up, we’ll take him on there.”