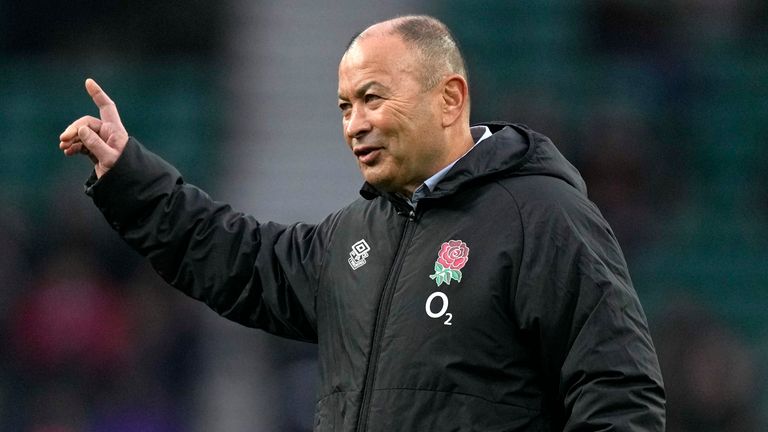 “He’s [Roy Keane] one of the funniest blokes I’ve ever met. He’s inspirational but his stories are incredible, mate. I remember our coaching staff spent about an hour with him and he had us just laughing and laughing. Then he spoke to the players and he was equally as funny” – Eddie Jones

Speaking at Wednesday’s 2022 Six Nations launch ahead of the tournament’s start on February 5, Jones was asked about Sky Sports’ Keane, with the Irishman having visited the England camp in 2019 to speak to the team ahead of the Rugby World Cup.

“Well, he’s [Keane] one of the funniest blokes I’ve ever met,” Jones said. “He’s inspirational but his stories are incredible, mate.

“He was certainly one of the most memorable guys we have had in, obviously a very good player and a tough guy in terms of the way he played the game. A great raconteur of football stories so we would be happy to get him in again.”

After a dismal 2021 Six Nations in which England finished fifth – ahead of only Italy – Jones insists last year’s campaign has been consigned to history as he looks to continue the revival evident last autumn.

Tonga, Australia and South Africa were beaten on successive weekends in November to give England renewed optimism building towards the World Cup in two years’ time.

“That Six Nations has finished – this is a new England side. I am excited about this tournament,” the Australian head coach said.

“We’ve moved on from that Six Nations. We will be well prepared, we will play with good spirit and good tactical appreciation.”

Jones conducted a genuine overhaul of his team for the autumn, jettisoning stalwarts of his era such as the Vunipola brothers, Jamie George and George Ford.

Injury has since forced a recall of George and Ford, but Jones is determined to press ahead with putting together a side capable of challenging for South Africa’s global crown.

“A number of the senior players we felt were starting to tail off a little bit. We needed some more energy, some more drive,” he said.

“I feel like we are in a really good position to use the next two years to establish a team that can challenge and win the World Cup in 2023.

“To me, it’s always about looking after now, but you’ve always got to have an eye to the future.

“And it’s a judgement call, there’s no science to tell you this is right, this is wrong. But we feel like we’re in a good position.

“We’ve got four campaigns until the World Cup. Every campaign is important. Every campaign, we want to make sure we are moving in the right direction.

“We use each campaign to keep improving and keep building the cohesion and adaptability of the team.

“Especially in this era where, overnight, you could lose four or five players (to Covid). We need to have a team that is adaptable, can play in multiple positions and cope with the circumstances.”

Jones: Farrell injury a ‘massive blow’ but his best years ahead of him

Jones also admitted when chatting to media that the loss of captain Farrell from the entire Six Nations due to a fresh ankle injury is a huge blow to both the player and team.

Farrell is facing eight to 10 weeks of rehabilitation having just come back from ligament damage to his other ankle which forced him to miss two months of the season.

Jones did insist that Farrell’s best years could still be ahead of him, though, after the England captain went for ankle surgery.

“It’s a massive blow for him personally, and for the team it’s a blow,” Jones said. 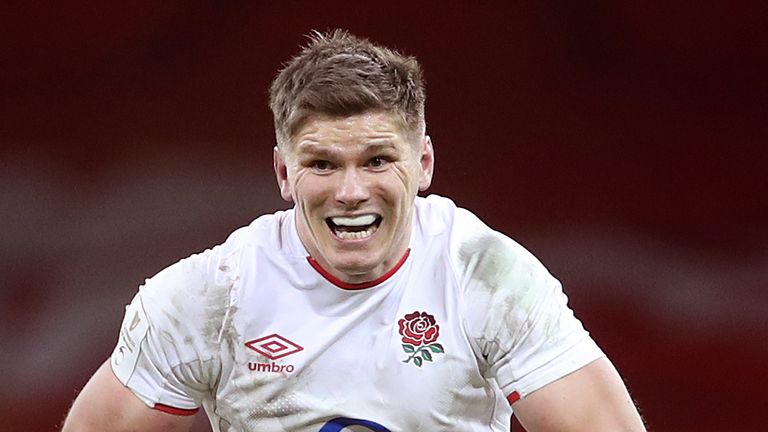 “In today’s rugby having your best team on the field is a rare occurrence. We’re pretty used to it.

“Last night we had to leave our hotel because of a fire outside, so the boys are adaptable. They know how to get on with it and there’s an opportunity there to build a bit more leadership depth.”

Jones added: “Owen’s one of the most resilient and driven players that I know.

“He’s got to take his medicine now, which is have the operation, rehab and go through all that pain. But he wants to be the best player he can be. “He could come back better than ever and that’s what we’re anticipating. There’s a lot of evidence for over-30 players where they can play their best rugby from 30 to 35.

“Look at Dan Carter, what a great example. The only World Cup he ended up playing in because of injury was at 35 and he was absolutely superb.

“There’s no reason why Owen can’t be moving into a very important part of his career.

“Sometimes you’ve got to train differently when you get to over 30. That’s the communication he’ll need to have with the S&C coaches at his club and with us. But there’s no reason why he can’t get better.”

England open their Six Nations against Scotland at Murrayfield on February 5.

“Scotland had a pretty good autumn. They would have been happy to beat Australia, had a good win against Tonga and finished off with a redemption game against Japan. But they were probably disappointed with their effort against South Africa,” Jones said.

“They’ve got a number of good players in their team who are operating close to their best in Finn Russell and particularly Stuart Hogg, but also Hamish Watson and Jamie Ritchie in the back row.

“They have a competitive scrum and we know it will be a very, very tough game but we’re looking forward to taking it to them.”