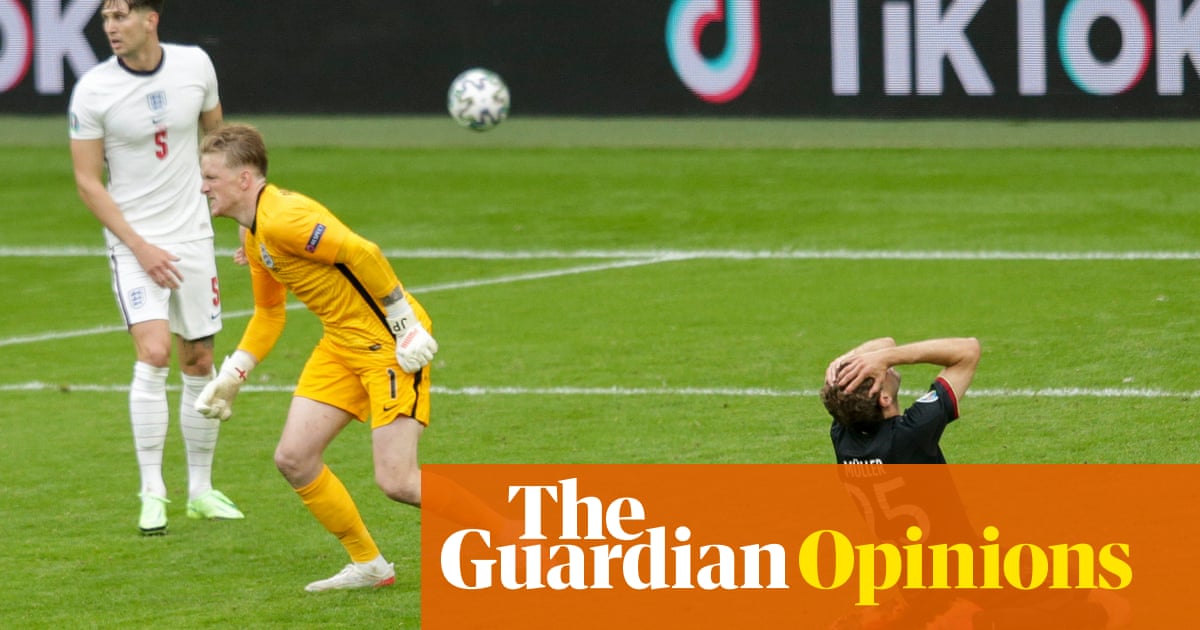 An empire has fallen not once, but twice. This could have been Germany’s great reprieve, the searing statement that paved them a clear path to the final and a chance to smooth out the scars inflicted by their catastrophe at Russia 2018. Although it bore an altogether different hue from the humiliation at South Korea’s hands in Kazan, it was more painful in a certain sense: the Joachim Löw era fizzled out at an ecstatic Wembley, of all places, and the sight of a chuntering Thomas Müller stomping down the touchline after being substituted showed that ultimately there could be no quick route to one last success.

Müller was redeployed to Löw’s squad after a two-year absence for this tournament and, given his previous for slaying England in the last 16, his return to the starting XI boded ominously. When Kai Havertz sent him away in the 81st minute, Müller had his chance: Raheem Sterling may have put England ahead but this was the moment for Germany to regain their old status as killjoys. Forty yards behind him Sterling, aware of the likely outcome and guilt-racked after conceding possession, put his hands to his head before sinking to the ground.

But Müller shot wide, against every reasonable onlooker’s expectation, and it was his head that plunged deep into his hands. Müller has been here enough times before: he knew well enough what this meant.

He will ultimately know, too, that this was hardly his fault. Löw had promised Germany would put in an unrecognisable performance from the confused mess that scraped through the group stage against Hungary, suggesting England would attack and leave them room to buccaneer. But he could never have expected Gareth Southgate to play into his hands and allow Müller to direct the traffic as he had against Portugal 10 days previously: instead England were cautious, content to take initiative in bursts before contriving two goals with an incision Germany’s leaden defence could not handle. It came to feel entirely predictable.

Yet the sense persisted that, if Germany had asserted themselves consistently, this tie was there to be won. They created the better chances, England’s goals aside: Jordan Pickford was sharply out to deny Timo Werner before half-time and, shortly after it, pulled off one of the tournament’s best saves to deny Havertz. When the ball was moved through midfield at speed, England looked as flat-footed and ill-equipped to deal with pace in behind.

But Germany’s problem throughout the past two and a half weeks has been an inability to wrest control. They were hurried and snatched: exhilarating in bursts but not methodical enough to dictate the tempo. The scrappier proceedings became, the more England’s marginally higher levels of composure stood a chance of prospering. A few flickers aside – two excellent crosses from Joshua Kimmich and a contribution from Robin Gosens to Havertz’s chance – little was seen of their vaunted wing-backs, who were partly nullified by Southgate’s decision to match Germany up but perhaps stymied, too, by an approach hard to decipher.

Faced with conservative opponents did Löw want Germany to attack or to sit in to avoid being countered? They never seemed committed to either and, once again, there was a sense of hoping for the best. Substitutes were thrown on against Hungary, just as old hands were coaxed out of exile in May, and everything turned. This time there was no stroke of luck, no joker to play and no rescue act from one of Löw’s stalwarts.

Perhaps Müller will stick around under Hansi Flick, who knew how to make him purr at Bayern Munich. It is as likely that he will leave the international scene with similar regrets to Löw: that, even if nothing could match the highs of Brazil 2014, Germany have essentially flopped since. For Löw it is a sad end and means his reign will be difficult to read in full: dealt a phenomenal hand in the first half of his 15-year tenure, he harnessed those resources masterfully, only to flounder when the riches dried up.

For anyone dabbling in the art of English hubris, it makes a rewarding picture. But the image of Jamal Musiala, once in the FA’s hands, replacing the fuming Müller may linger in minds yet. The gifted Musiala had no chance to affect this game but his time will come. Germany, being Germany, will build their citadel anew.