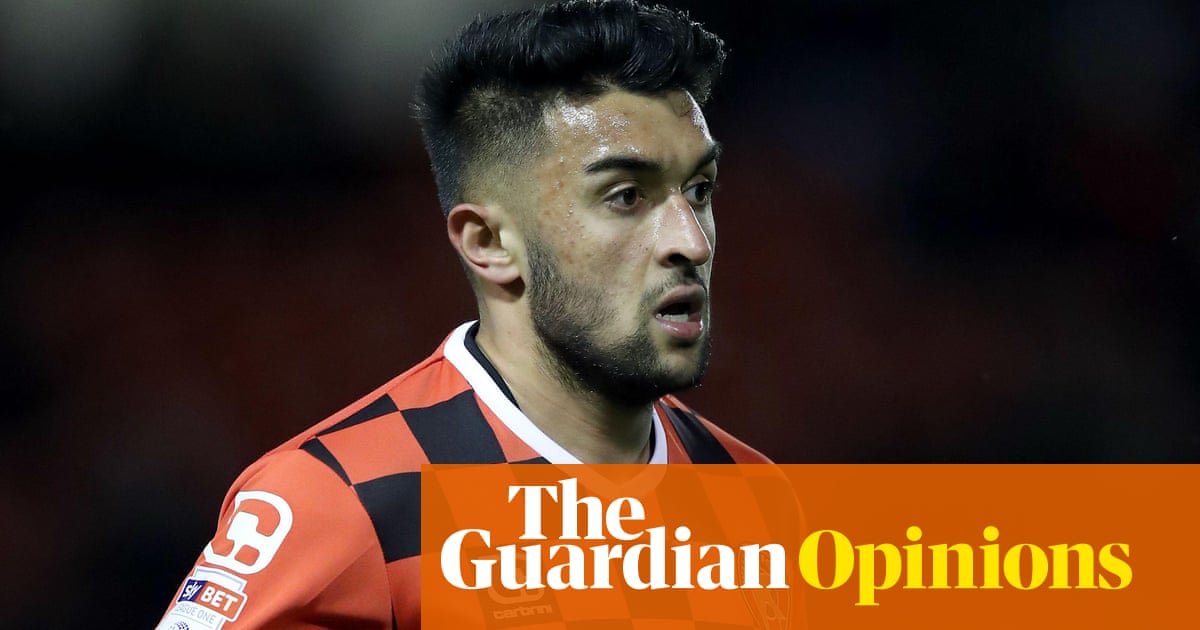 Dropping into non-league might not sound like an attractive option for some footballers, but it can offer an obvious advantage: exposure. If clubs are willing to be honest, open and give everybody an opportunity then careers can be rebuilt and all parties will benefit.

One of my squad at Hereford FC, Mazhiar Kouhyar, is an example that I hold particularly close. I am very proud of him: he was the first Afghanistan-born player to appear in professional football in this country, but fell out of the game after leaving Walsall. He worked at KFC for a while and was employed as a car salesman when I first met him early last year.

We took him on trial and I remember him joining us at Warwick University for his first training session. You can tell, as a manager, when a player has got it. Mazhiar moved differently, he is an international too and his running patterns were a class above. You could tell he had played at a high level and a couple of months later he was walking out at Wembley for us in the FA Trophy final.

In the Football League, you don’t see many trialists coming through. Club boards aren’t that keen and I know, from my own playing career, that the lads in the dressing room often aren’t having them. There’s a bit more openness at our level to different possibilities, and then players get a platform to perform.

Mazhiar is one of very few players of Asian heritage in English football. When I was coming through at West Brom 20 years ago we had a very good south Asian player in our ranks, but then he essentially disappeared without a trace. I played for a number of clubs and don’t remember having an Asian teammate. It’s sad and alarming that things have not really moved on.

We were introduced to Mazhiar by his agency, Be, who knew that he had experienced some difficulties earlier in his career. Unfortunately I do not think he had enjoyed the best of support from the PFA, either; it felt as if he had been left to fall through the cracks, with nobody really aware of his situation. I understand his agency asked the PFA if they could find him a club but that they did not, which might have meant things ended very differently in other circumstances.

Football managers have a platform to help players develop their talent and that’s what I want to do, regardless of where they are from. I was brought up with a black dad, a white mum and a whole mixture of cultures. I want people to have the same experience I had, whoever they are: it’s a beautiful thing to be surrounded by people with so many influences, and anyone who chooses to be closed-minded is missing out. Perhaps my background and experiences have made me especially keen to give opportunities to players like Mazhiar, but ultimately he plays for us because he is very good, not because he is Asian. The same goes for Dinesh Gillela, a former Bournemouth under-21 captain who joined us in January and has a bright future. I wish it was like that everywhere and, unfortunately, narrow-mindedness still persists in many areas of football.

Mazhiar had periods in and out of our side but has had an excellent winter. He was our man of the match in three straight wins and has been named in the league’s team of the week on three consecutive occasions. He is being scouted by league clubs again and, at 24, his career is on the way back up. There is no ceiling to his ability. The credit should go to him: he has worked hard and showed incredible mental strength and perseverance to give things another go, having initially been in a bad place when he dropped out of football.

Hopefully he can maintain that form and help us continue to push for the play-offs in the National League North. We had won six out of eight before a couple of defeats in the last week but, after a slow start to the season, we are in the mix. I’m still expecting a lot more from us this season and think we can take the club a level up, at least. Our efforts to improve it in other areas are still continuing, too. I want our fanbase to be more diverse and, in May, we are going to hold an event where we bring all communities together to celebrate their cultures. The overwhelming majority of Hereford’s population is white and, while all our existing fans are so important, I want to see an even more varied range of faces in the stands.

Again, that is part of our role as a non-league club: to be accessible to everyone. It is an area where we can make a genuine, lasting difference and our efforts will not stop here.