Héritier Lumumba made us feel uncomfortable, and from that we have much to learn 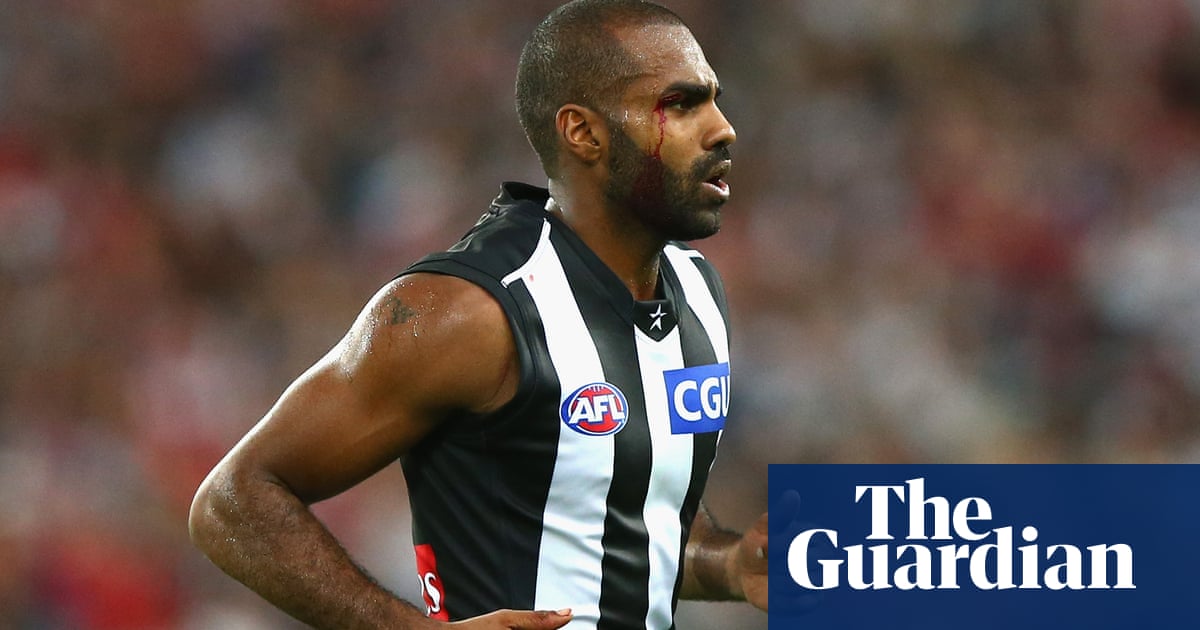 In football, the dogs bark, and the caravan moves on. There’s always next week. There’s always a new hero, a new villain, a new outrage. For years, Collingwood hoped, or assumed, that Héritier Lumumba would simply go away. He was living on the other side of the world. Most of the major players in the controversy were no longer at the club. Collingwood had positioned itself as a more progressive organisation.

Indeed, for years, every time Lumumba would air his grievances, my flinch reaction was always the same: Heritier, you need to let this go. This has been going on for nearly a decade now. Collingwood did all it could. Buckley is a decent man. There’s nothing to be gained from any of this. Even when he wrote articles for Guardian Australia, or published lengthy Twitter threads, I couldn’t shake a certain scepticism. He sounded like a disgruntled former employee. I could never pinpoint exactly what he actually wanted from Collingwood.

That changed in late 2020, when the ABC published an in-depth interview, the results of months of research. It wasn’t your typical football profile. We met a fierce man determined to maintain his connection to his ancestors, a man who at first tried to assimilate, who was then put in the too-hard basket, and who was finally actively briefed against by his former club. It hammered home how this sport, and this country, is still unable to properly talk about things with real weight, particularly race and class. And it showed how censorious the footy media is, and how quickly they’ll turn on you. One headline read: “Too Precious. Too Sensitive. Too much hard work.” If I was being honest, it really wasn’t too far removed from my own perception of him. Good journalism challenges you to confront your biases and prejudices, and I hopefully logged off a little more enlightened, if not a bit embarrassed.

Lumumba refused to toe the line. He didn’t play by our rules

In this country, and in football, we pride ourselves on our self-deprecation. The footage of Lumumba speaking at the 2014 Best and Fairest is instructive in this regard. He spoke of the importance of community, of the Great Depression, of identity, of standing on the right side of history. The president regularly touched on these themes on breakfast radio, and no one batted an eyelid. But when Lumumba went there, you could sense the room raising a collective eyebrow. You could almost hear them snickering into their napkins: turn it up Harry, or whatever it is you call yourself now, this is the Copeland Trophy, not the United Nations. There was a very Australian sentiment that was consistent throughout the Adam Goodes controversy – mate, you’re not as special as you think you are. The club is bigger than the individual. Your mates come first. Side by side we stand.

Lumumba refused to toe the line. He didn’t play by our rules. He reclaimed his name. He made everyone uncomfortable. He was one of the few people in football, and surely the only one at Collingwood, to stand up to Eddie McGuire. It came at considerable cost. A lot of the criticism came with a sneering tone. His mental health was questioned. He was estranged from the club. As Greg Baum wrote in The Age yesterday, “in Lumumba’s voice, there is the remnant of real affection. In Buckley’s, there is heaviness. In both, there is a sense of something lost”.

In many ways – and it’s an indictment on the rest of the country – football has led the way on this issue. Read Australia’s ‘most-read columnist’, the cartoons of the newspaper that bears our country’s name, or wade through social media for five minutes and tell me this is just a football problem. But the industry has a tendency to marvel at its own magnificence. In football, we love to celebrate a “great story” – the Aboriginal footballer recently released from prison, the powerhouse from the Tiwi Islands, the cheeky little bugger snapping goals from insane angles. Too often, it’s about making ourselves feel good. We celebrate what ‘they’ bring to ‘our’ game. We pat ourselves on the back when we call out online abuse, or when spectators who throw bananas are ejected.

As far as Collingwood, Lumumba and Buckley go, this entire issue seems unresolvable. But there are other stories emerging, and other voices making themselves heard. One of the most beloved Hawthorn footballers told his story last month. There’s a generation of young sportspeople who are no longer swimming in their lane, who are no longer willing to do all the heavy lifting on race. As a white Australian, it can be bewildering. It can be confronting. We listen to stories about ripped jeans and low-level joshing and we ask: “is that racism”? We’ll never really know what it’s like. But we can listen. We can learn. And maybe, however tortuously, things will change.