Hennessy ‘in the stratosphere’ 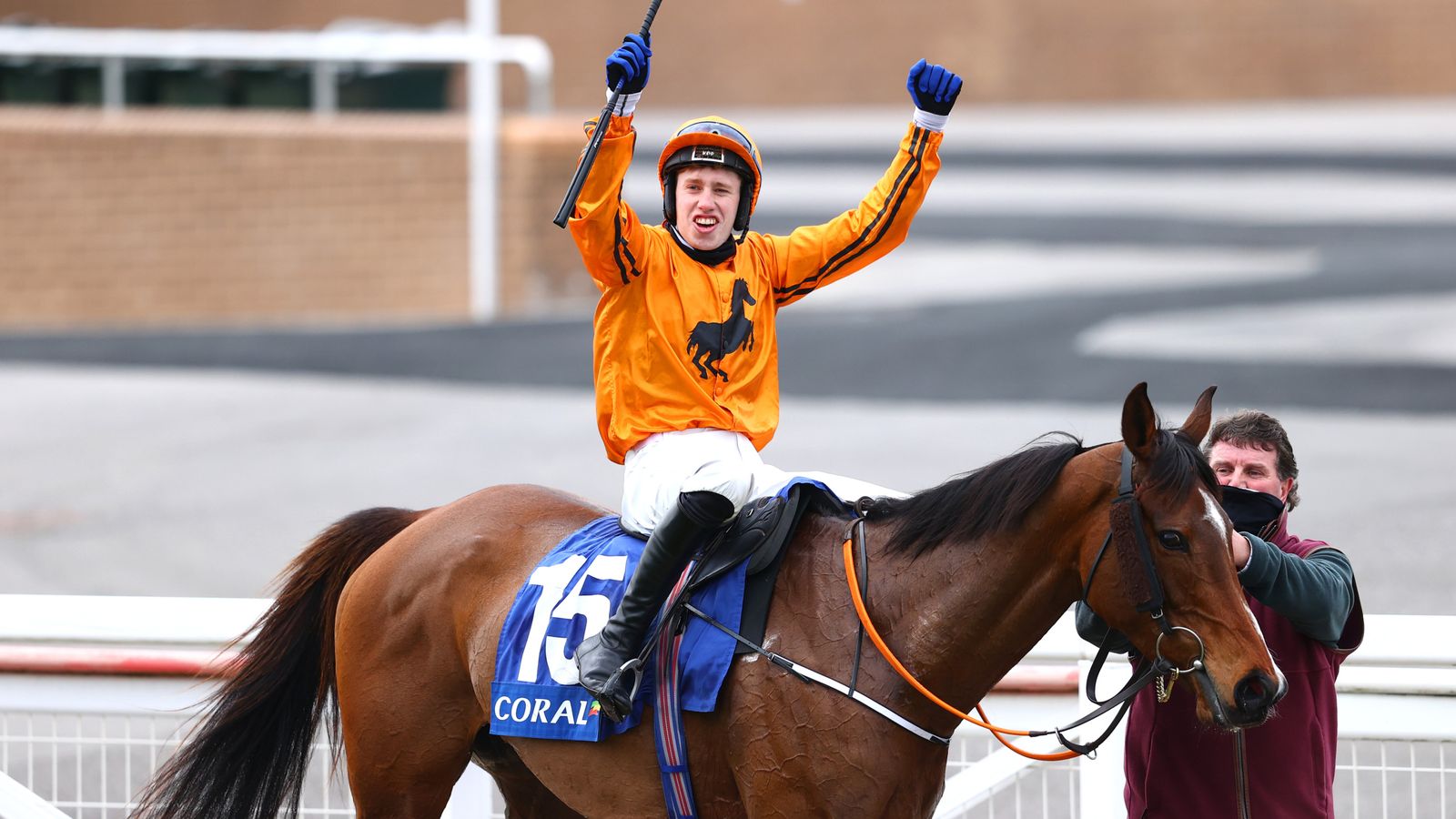 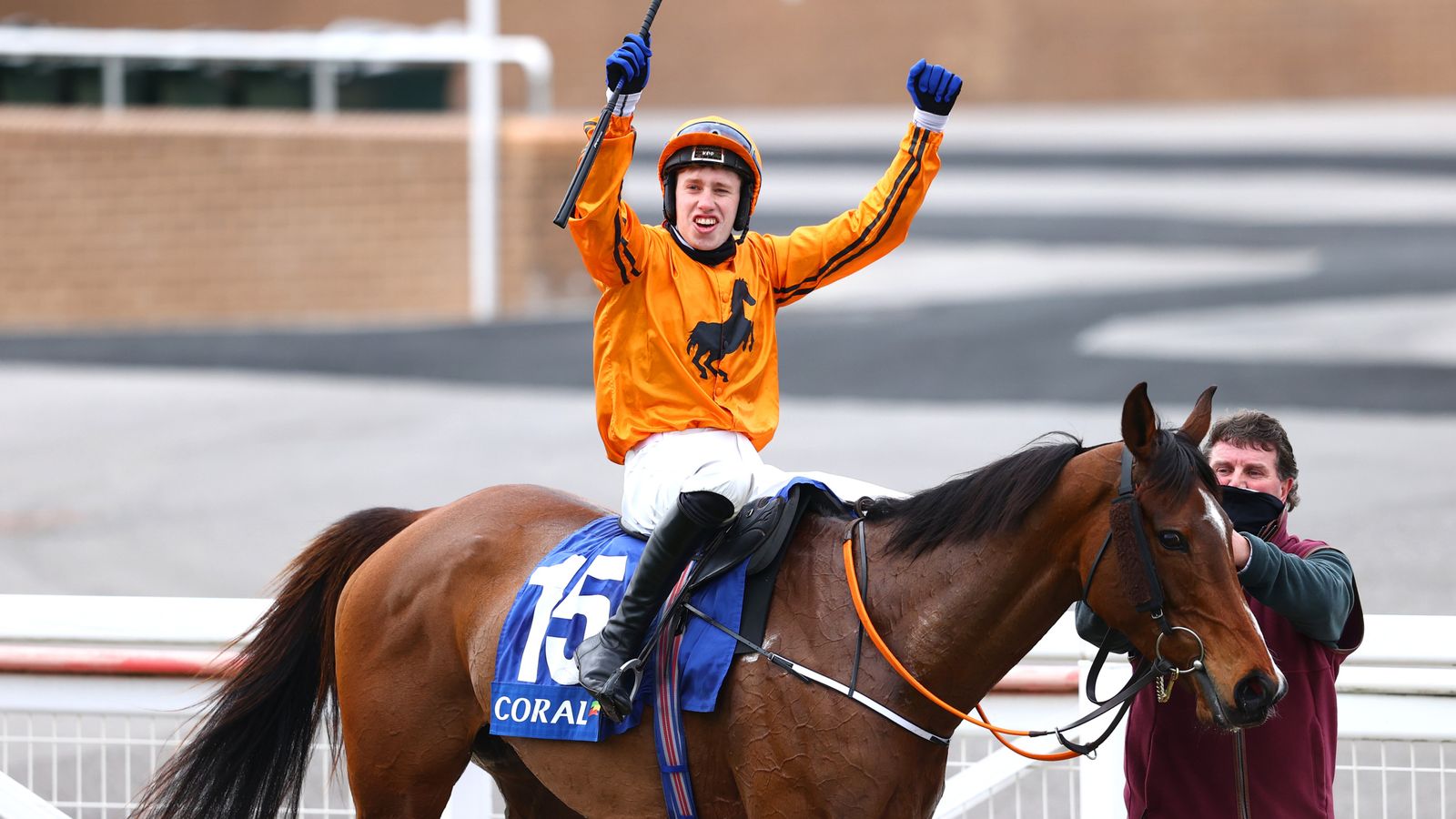 Paul Hennessy is still on a high following the exploits of Heaven Help Us in the Coral Cup at the Cheltenham Festival.

Better known as a Derby-winning greyhound trainer, Hennessy struck on the biggest stage of all with one of only a handful of horses in his care.

Ridden confidently by 7lb claimer Richie Condon, the mare never saw another rival having built up an early advantage and was one of the most impressive winners of the week.

“I’m somewhere in the stratosphere, among the stars, that’s how it feels anyway,” said Hennessy.

“I was sat on the couch with my wife, Susan, on Sunday and turned to her and said ‘I still can’t believe she went over to Cheltenham and won a race’ and she said the very same.

“I almost keep having to watch the race again and keep pressing rewind to make sure it actually happened and that I wasn’t dreaming. From where we are, to send one over and win is hard to believe.”

Having failed to take to fences, the mare has now won two valuable handicaps and a step up in class will be on the cards, possibly over three miles.

“When we exercise her at home, I never see her getting tired – whether it’s five laps or 10 laps, she always walks off the same way. It was just a theory of mind that she’d stay three miles,” said Hennessy.

“Richie was amazing on her and for a young chap who had never ridden the course before, although he walked it twice, he was brilliant. Even though there were false starts, he still managed to get her out.

“Danny Mullins has been our right-hand man since we started with the few horses. She had always been his ride until he wasn’t available. Richie gave her a good ride at Leopardstown and while experience counts for a lot at Cheltenham, once Danny wasn’t available I was happy to leave him on.

“Danny won the Stayers’ Hurdle too, so it was all good and Emmet (Mullins) had a winner – Emmet is my godchild and he is Danny’s cousin.

“We’re small fry and so is Richie, so for us to pull it off is amazing. We didn’t set out with any fancy plan. Taking part in Cheltenham is great, but to win is surreal. She actually ran a decent race in the Supreme last year.

“We can think about the Mares’ Hurdle or the Stayers’ next year. I think the further out in trip she goes will suit her grand.

“What happened to us this year was so wonderful, we wouldn’t be expecting anything like that to happen again, that is the truth.”

Hennessy will let the dust settle before considering Punchestown, but he is looking at two possible options.

“There’s a mares’ race over two and a half miles at Punchestown she could go for, or we could go over three miles if she’s in good form. That’s where we’re at,” he said.

“I would just like to thank the BHA, HRI and Cheltenham for how they ran the meeting. Everyone there was helping you, what they did with the accommodation and the Irish bubble was incredible, so they deserve a lot of credit.”