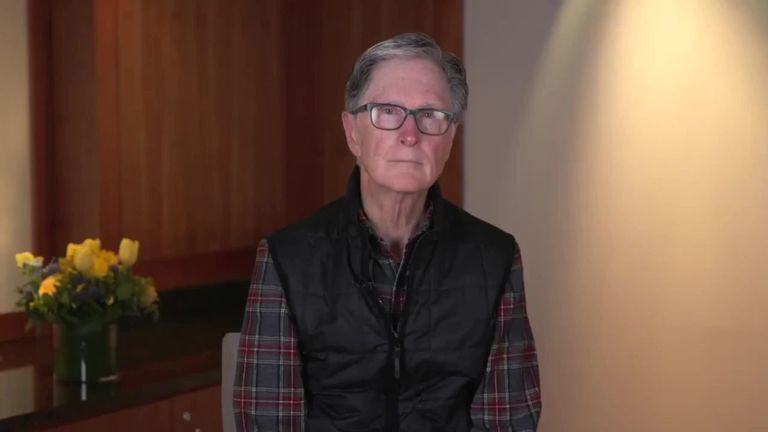 Jordan Henderson has given his backing to Liverpool’s owners Fenway Sports Group amid the fallout from the club’s European Super League withdrawal.

The apology came a day after the Premier League club joined Arsenal, Chelsea, Manchester City, Manchester United and Tottenham in pulling out of the competition, while Liverpool’s squad voiced their opposition to the plans just hours before the withdrawal.

On Friday, Jurgen Klopp urged supporters to forgive FSG, and when writing in Saturday’s matchday programme for the Premier League match against Newcastle, captain Henderson echoed the thoughts of his manager.

“It is good that Liverpool withdrew and the concept has collapsed. That’s good for football. It’s also good that our owners, via John Henry, have apologised unreservedly,” Henderson said.

“What matters now, for the team and the club, is that our relationship with our supporters is strengthened on the other side of this. We must make sure we protect the close bond that’s been so critical in bringing the success we’ve enjoyed over the past few seasons. The bond between fans and players.”

Henderson began the message by saying it was one of his “strangest” columns as “being critical of my own employers isn’t easy”.

He added: “They [the owners] have done good things for our club and I believe they will continue to do so. It’s important for me to state this at the beginning, even if it isn’t popular. It would be dishonest of me to say anything else.

“The best relationships you have in life are those that are built on honesty, so I cannot comment on this issue without saying what I think. It was a concept I didn’t like, didn’t support and didn’t want to see happen. I think it would have been bad for football. There has to be risk and reward in sport, otherwise what’s the point?

“There has to be jeopardy. You should earn your success. It was my biggest issue with the proposal and why as a player I was firmly against it. Again, in keeping with the need for honesty, as players we weren’t consulted beforehand and that was a mistake. As was the failure to engage with supporters. I understand and share the disappointment of our own fans and the wider football community for this failing.”

Henderson said team-mate James Milner “nailed it” on Monday Night Football when expressing his views on the Super League, which fell a day before the Liverpool squad addressed their opinion on social media.

Henderson added: “The owners asked for our honest view and they got it. Typical Millie, he nailed it. As players we spoke with a collective voice on Tuesday night. This wasn’t an act of defiance – it was just us being honest and our ownership respected that.”

Henderson went on to thank Liverpool’s supporters, calling the withdrawal “your victory” and speaking of his eagerness to play in front of an Anfield crowd once more when restrictions are lifted.

Neville: We almost lost football as we know it

Neville said: “We nearly lost it, we nearly lost football in this country, in the way in which we’ve always known it which is fair and competitive. And we nearly lost our top six clubs from it. How can we be in that position ever again?

“Most of us would go along with a theory of an apology is acceptable. An apology is not acceptable in this instance, with regards to the six clubs. It can never be accepted, because last Sunday what they announced was the attempted murder of English football.

“They attempted to kill English football forever, and they would have done it if they could.”