Hazlewood: No surprise if some Aussies opt out of Pakistan tour 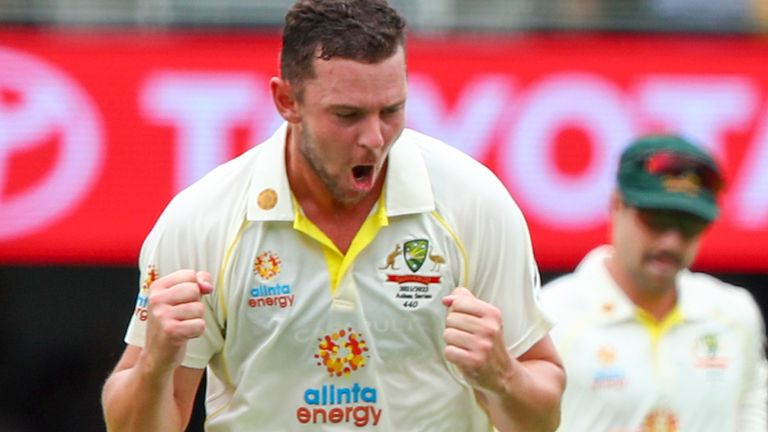 Australia are due to tour Pakistan for the first time in 24 years in March and April, live on Sky Sports; three-match Test series will be followed by three One-Day Internationals and one Twenty20 match

Australian bowler Josh Hazlewood has admitted it would be no surprise if some players opt out of their upcoming Pakistan tour due to security concerns.

The 31-year-old has not featured for Australia since the opening Ashes Test in Brisbane due to a side strain, although he is hoping to force his way back into the Test team after recovering from injury.

Australia are scheduled to play three Tests, three ODIs and one Twenty20 international in March, all live on Sky Sports, with the trip to Pakistan their first since 1998.

New Zealand and England have cancelled tours to Pakistan over the past year, citing fears over security, while a report last week said some Australian players were apprehensive about whether the trip would be safe.

“There’s a lot of things in place and there’s been a lot of work in the background…so the trust is quite high there from the players,” Hazlewood told cricket.com.au.

“But there’d certainly be some concerns from the players and I wouldn’t be surprised if some of them don’t make the tour. And that’s very fair. People will discuss it with their families…and come up with an answer and everyone respects that.”

Hazlewood is part of a 16-man squad for the five-match Twenty20 series at home to Sri Lanka this month, starting on February 11, having been frustrated about not being able to feature more in Australia’s 4-0 Ashes victory.

“That carrot was dangling there throughout the whole summer,” Hazlewood added. “If I’d had a normal [side strain], a big injury and you know you’re going to be out, then you can deal with it all at once.

“This one was different … the strength came back really quickly, and I could do a lot of things in the gym. It was just bowling, that dynamic movement, that caused a bit of grief. It was an unusual one.”