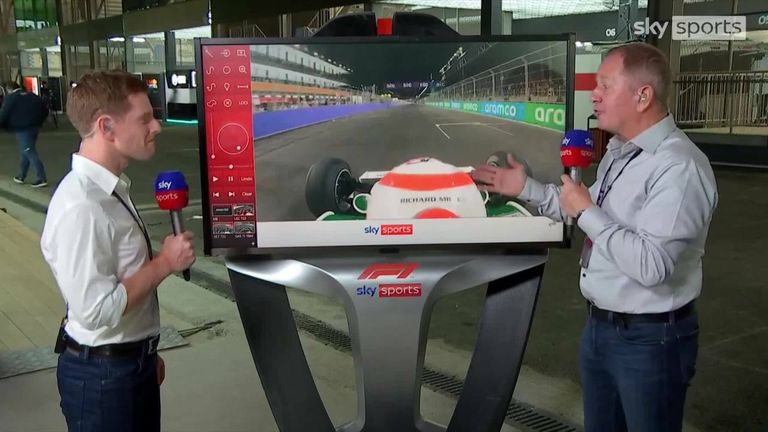 Day One on the new Saudi street track suggests early advantage again lies with Hamilton and Mercedes, but Red Bull encouraged by Max Verstappen’s pace and nature of debut venue too; Watch Qualifying for the season’s penultimate race at 5pm on Saturday on Sky Sports F1 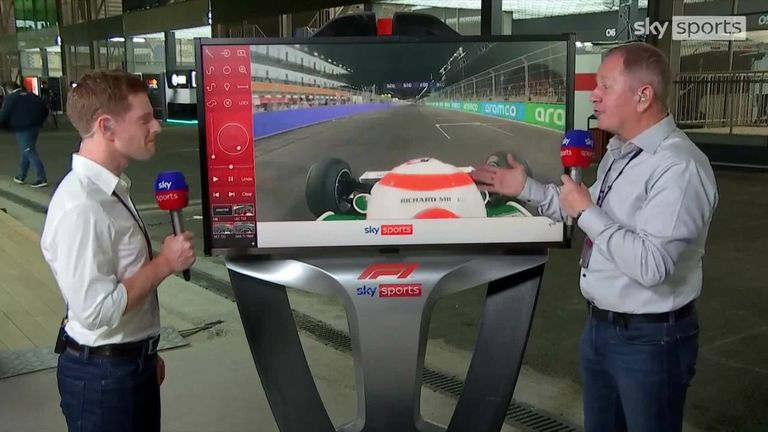 Lewis Hamilton said he enjoyed driving the “rapid” Jeddah street track for the first time after topping the opening day at the Saudi Arabian GP, but Red Bull also felt cause for optimism heading into what they have described as “two cup finals” to settle an astonishingly close and tense title duel.

The championship battles that have turned this year into one of the sport’s greatest seasons in recent memory will finally be settled over the next nine days, with 2021’s drivers’ and constructors’ champions to be crowned.

Verstappen has a first mathematical chance to clinch the drivers’ crown, as do Mercedes with the constructors’, this weekend but the higher likelihood remains that both championships will go down to the wire in Abu Dhabi next week.

Unless that is if Formula 1’s newest venue and its 3.8-mile wall-lined layout catches out any of the leading contenders.

On the banks of the Red Sea, the track features an array of lightning-fast corners, flat-out straights and blind apexes. Sky Sports F1’s Martin Brundle described it on Friday as being like “Silverstone with Monaco’s walls”.

Appraising the circuit after the first day of running, Hamilton said: “Rapid. Unbelievably quick, it really is incredibly fast.

“A lot of grip as well. If you can get the rhythm, it’s beautiful to drive.” 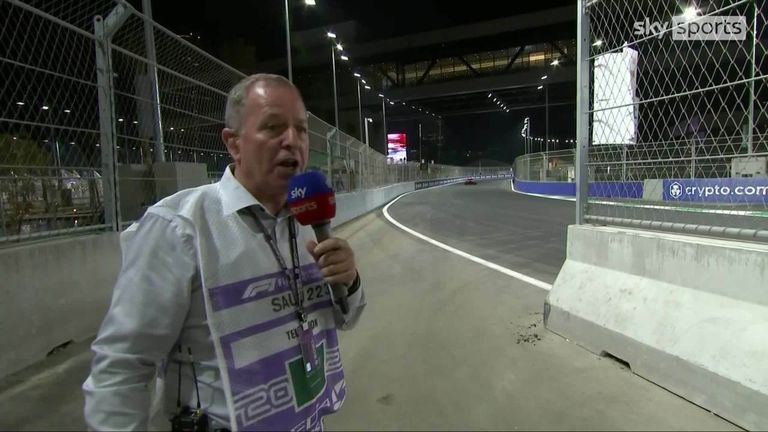 One concern though was that the vast closing speeds witnessed in the approach to the lap’s final corner between drivers warming up for hot laps and those finishing them at full speed.

“That’s definitely a lot worse than a lot of places we go to, Monaco-esque.

“But the closing speed on other cars is definitely getting to a bit of a danger zone.”

Hamilton topped both sessions; narrowly so from Verstappen in the opening day-time one before the Dutchman slipped to fourth in the floodlit hour of night-time running. Trailing his Dutch rival in the standings, a victory is more imperative for Hamilton this weekend.

“We tried a couple of different things with the set-up,” added the seven-time champion. 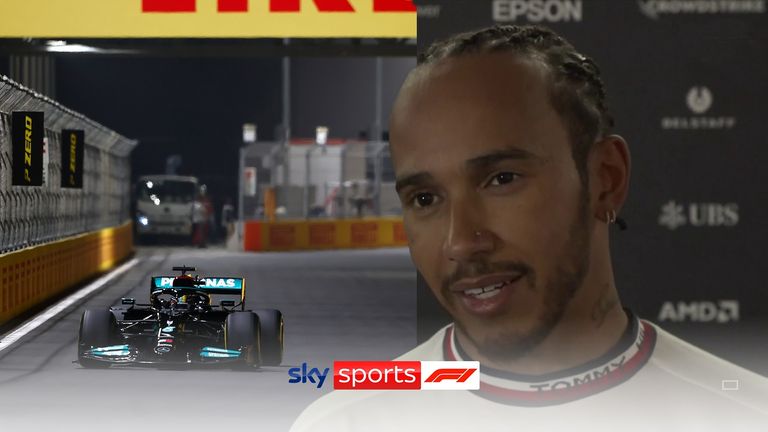 “We’re not rapid on a single lap I would say compared to the others, but my long-race pace seemed like it was not too bad. So who knows what’s going on.

“It’s definitely not in a bad place. Over a single lap they’re quite quick, so we’ve got a bit of work to do.”

Permutations: How Verstappen can be champion on Sunday

In a season where the performance pendulum has swung regularly between Mercedes and Red Bull, pre-event predictions have regularly proved incorrect. Mercedes have duly been installed as the big favourites for Jeddah, but Christian Horner saw Friday signs of encouragement for Red Bull.

“The corners are a little bit together. So it’s not all the emphasis on horsepower we thought it was going to be. So that’s encouraging and, you can see, there’s a tenth or two between the two cars, between the drivers. 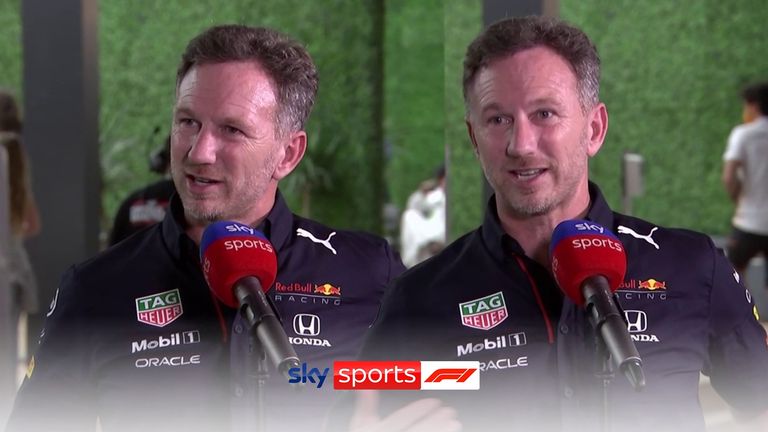 “On this type of circuit you can find that and that’s really encouraging for that.”

Eight points ahead in the drivers’ title race with Verstappen and five points behind Mercedes in the fight to be the teams’ champion, Red Bull remain in a strong position and Horner said Saudi Arabia and Abu Dhabi were now “like two cup finals”.

“I think you’ve just got to go for it,” said the Briton of a team aiming for their first title since 2013.

“[Max] has worked incredibly hard, as have the whole team, to get into this position to be here two races to the end, we’ve just got to throw everything at it.

“This is Max’s kind of circuit – high speed, walls, kerbs. So you can see he was down to a time quicker than anybody else [at the start of P1]. I spoke to him after the session and he’s certainly enjoying it.”