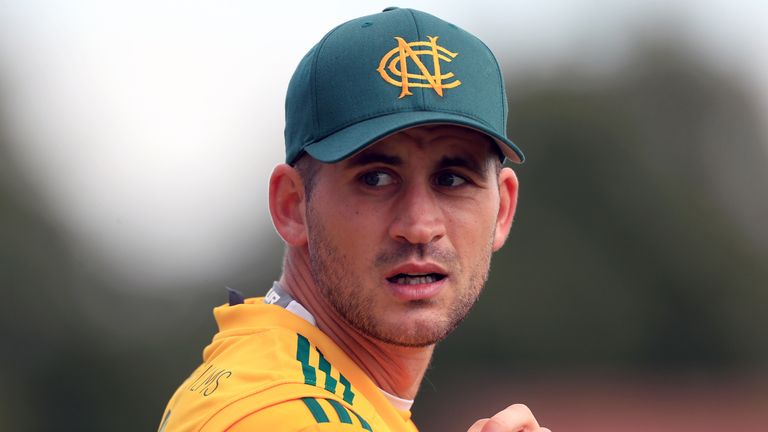 An image appearing to show Alex Hales in blackface at a fancy dress party in 2009 has been published by The Sun newspaper; Hales said it was a tribute to Tupac Shakur, the rapper, adding: “At the time, [I] did not realise the offensive nature of this”; ECB to “investigate accordingly”

Alex Hales is facing an England and Wales Cricket Board (ECB) investigation after a photo was published appearing to show him in blackface at a fancy dress party.

The image, published by The Sun, was apparently taken at a New Year’s Eve party in 2009, when Hales would have been 20-years-old.

Hales, now 32, told The Sun the outfit was in tribute to Tupac Shakur, the US rapper, who the batter said he “admired from childhood”.

“In 2009, I attended a New Year’s Eve musical tribute fancy dress party,” Hales said. “I dressed in tribute to my musical hero, Tupac Shakur, someone who I’ve admired from childhood and, at the time, did not realise the offensive nature of this.

“I echo my statement from earlier in the week and stress how much I deplore racism and discrimination in all its forms.”

The ECB says it will “investigate accordingly”.

Julian Knight MP, the chair of the Digital, Culture, Media and Sport (DCMS) committee, told The Sun: “This picture – coming on the back of a week when cricket was shamed like never before – is incredibly disturbing and offensive.

“The very soul of English cricket is now at stake.”

The release of the image comes just two days after Hales was named by Azeem Rafiq during the former Yorkshire player’s appearance in front of the DCMS committee.

Rafiq accused Hales of naming his dog ‘Kevin’ because it was black. Rafiq said ‘Kevin’ was a name used by Gary Ballance, the Yorkshire batter, to describe “people of colour”, and that Hales gave his dog the name after growing close to Ballance during their time together with England.

Hales denied the claim and said he will “co-operate with any investigation”.

Speaking to Sky Sports News the day after he delivered his damning testimony on the abuse and bullying he suffered during his time at Yorkshire to the DCMS committee, Rafiq said the “floodgates” are about to open on cricket’s racism crisis.

There have already been allegations of racism at Essex within the last week while Nottinghamshire, Middlesex and Leicestershire were also named during the DCMS hearing, and Rafiq believes more stories regarding other counties will emerge in the coming days.

“I don’t think I’m still aware of how much it’s struck home with so many people. We’ve got to make sure this doesn’t become about me and it’s about how now we listen,” Rafiq told Sky Sports.

“I do feel now it’s going to be a little bit of floodgates and a lot of victims of abuse are going to come forward and we need to listen to them, hear them, support them and work out a plan to make sure this doesn’t happen again.

“I think you’re going to get it [complaints] into the hundreds and thousands, possibly, and I think it’s the way they handle it. We’ve got here because of Yorkshire’s handling of this.

“Yes, what happened was completely unacceptable but the way they’ve handled it has made it a lot bigger and showed them for what they are, so it depends how the game and individual counties handle it.

“I think the ECB have realised they messed up as well and they’re not going to let another episode like this occur.”