Guardiola comes out fighting on his eight changes 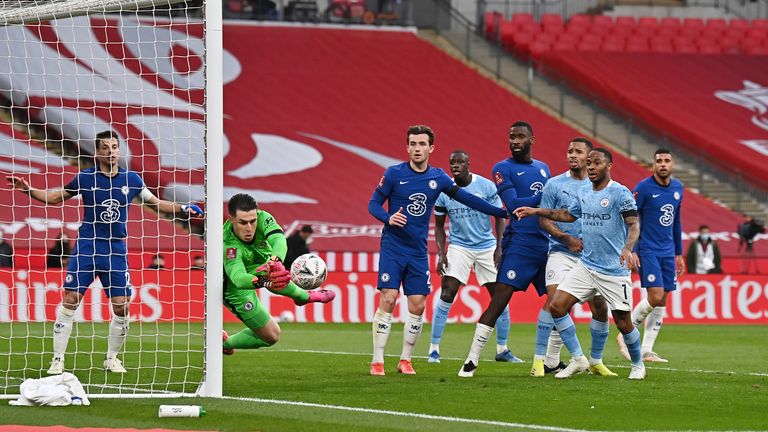 Pep Guardiola launched a staunch defence of his decision to make eight changes to his team after Manchester City’s quadruple hopes ended with a 1-0 loss to Chelsea in the FA Cup semi-final.

Ruben Dias, Rodri and Kevin de Bruyne were the only players to keep their places from Wednesday’s Champions League win over Borussia Dortmund, with the latter suffering an injury which makes him a doubt for next weekend’s Carabao Cup final.

City produced an uncharacteristically disjointed display at Wembley as Chelsea defended superbly and claimed their place in the final courtesy of Hakim Ziyech’s second-half strike.

The result put Guardiola’s wholesale changes under scrutiny, but he insisted any suggestions he did not take the FA Cup seriously enough were wide of the mark, pointing to their stellar record in cup competitions and highlighting the quick turnaround between fixtures.

“When you have two days and a half to recover and you play away, and you have to travel by train for three hours, and it was longer than three hours because we had to stop for one hour, and everyone deserves to play… don’t say we don’t pay attention,” he said.

“When a team arrives in the final stages of all the competitions, when this team, wins four finals in a row in the Carabao Cup, you can’t say that. Just say we lost the game.

“When you lose the game, the decisions are bad, but it is a poor argument my friends.

“This team, for four or five years, always plays to win the game. It was a tight game, we were not able to win, congratulations Chelsea. But Chelsea is a top side, this can happen.

“What would happen if today the result was completely different and we had won? Say ‘Pep doesn’t pay attention’ before the game – don’t say it after just because we lose the game.

“These guys, for 10 or 11 months, fight every game like I’ve never seen before, but now we lose a game against a top side and now we don’t pay attention or respect this competition.

“We respect the FA Cup a lot. We came here to win.”

De Bruyne’s injury cast a further cloud over the afternoon for City ahead of a crucial run of fixtures which includes Sunday’s Carabao Cup final and their Champions League semi-final against Paris Saint-Germain.

The Belgian appeared to hurt his ankle in a collision with Chelsea midfielder N’Golo Kante soon after half-time and looked in discomfort as he limped down the tunnel to be replaced by Phil Foden.

Guardiola revealed he will undergo tests on Sunday but admitted the initial prognosis is not encouraging.

“I don’t know,” he said. “He has pain now. He told me tomorrow he is going to make a test with the doctors. It probably doesn’t look good but we will see tomorrow.”

Chelsea will find out who they face in the FA Cup final when Leicester and Southampton go head to head in the other semi-final on Sunday.