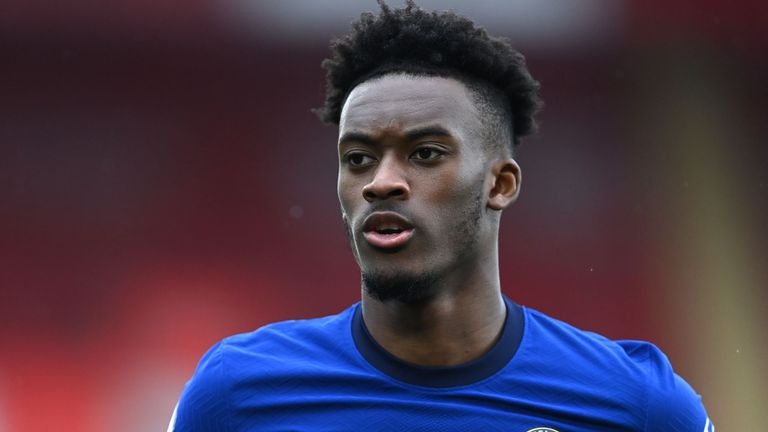 Mason Greenwood and Callum Hudson-Odoi have been named in the England U21 squad for the group stage of this year’s European Championship, while there is a first call-up for Emile Smith Rowe.

England boss Aidy Boothroyd has named his 23-man squad to face Portugal, Croatia and Switzerland in Group D of the tournament, which takes place from March 24-31.

Due to the coronavirus pandemic, the knockout stage of the competition will then be held from May 31 with the final in Ljubljana (Slovenia) on June 6. Boothroyd will be able to name a new squad if England qualify from their group.

Eddie Nketiah, who holds the England U21 scoring record with 16 goals in 14 matches, is included in the squad, while along with Smith Rowe there are also first call-ups for Josh Griffiths and Noni Madueke. Uncapped Japhet Tanganga is also selected.

Lloyd Kelly and Ryan Sessegnon are the only survivors from the 2019 finals, with Sessegnon joined in the squad by twin brother Steven.

The European U21 Championship will be co-hosted by Hungary and Slovenia and features 16 teams for the first time. It will consist of four groups of four teams with the group winners and runners-up all reaching the quarter-finals.

Boothroyd said: “I am excited by this group – not just in their ability but also their togetherness and team spirit – and know they will do everything they can to make the country proud. I am grateful to Gareth [Southgate] for his support with what we are trying to achieve, and also to the clubs for recognising the importance of these finals.

“We want to win every time we play and will do all we can to reach the knockout stage – but this is also a crucial opportunity for providing valuable experience on and off the pitch that will help the players, their clubs and England in future.”

England won nine of their 10 qualifiers to reach the tournament, drawing once at Andorra, while they sealed top spot in Group Three with a 2-1 victory over Turkey in October.

The Young Lions will be aiming to become the first England side to lift the trophy in 37 years and although they are appearing in an eighth successive U21 finals, they have only made it out of the group stage on three occasions in that run.

Boothroyd added: “History tells us that this competition is about as competitive as it gets and we know we will have to be at our best. Because we are in the middle of the domestic season, everyone will have to hit the ground running as soon as they come together but we are ready for the challenge. We can’t wait to get started.”

A decision has been made that all matches will be played behind closed doors, but UEFA have yet to confirm whether the knockout phase will be open to fans.

All England matches will be televised by Sky Sports, with kick-off times not clashing with the senior team fixtures on the same days.

European U21 Championship draw in full