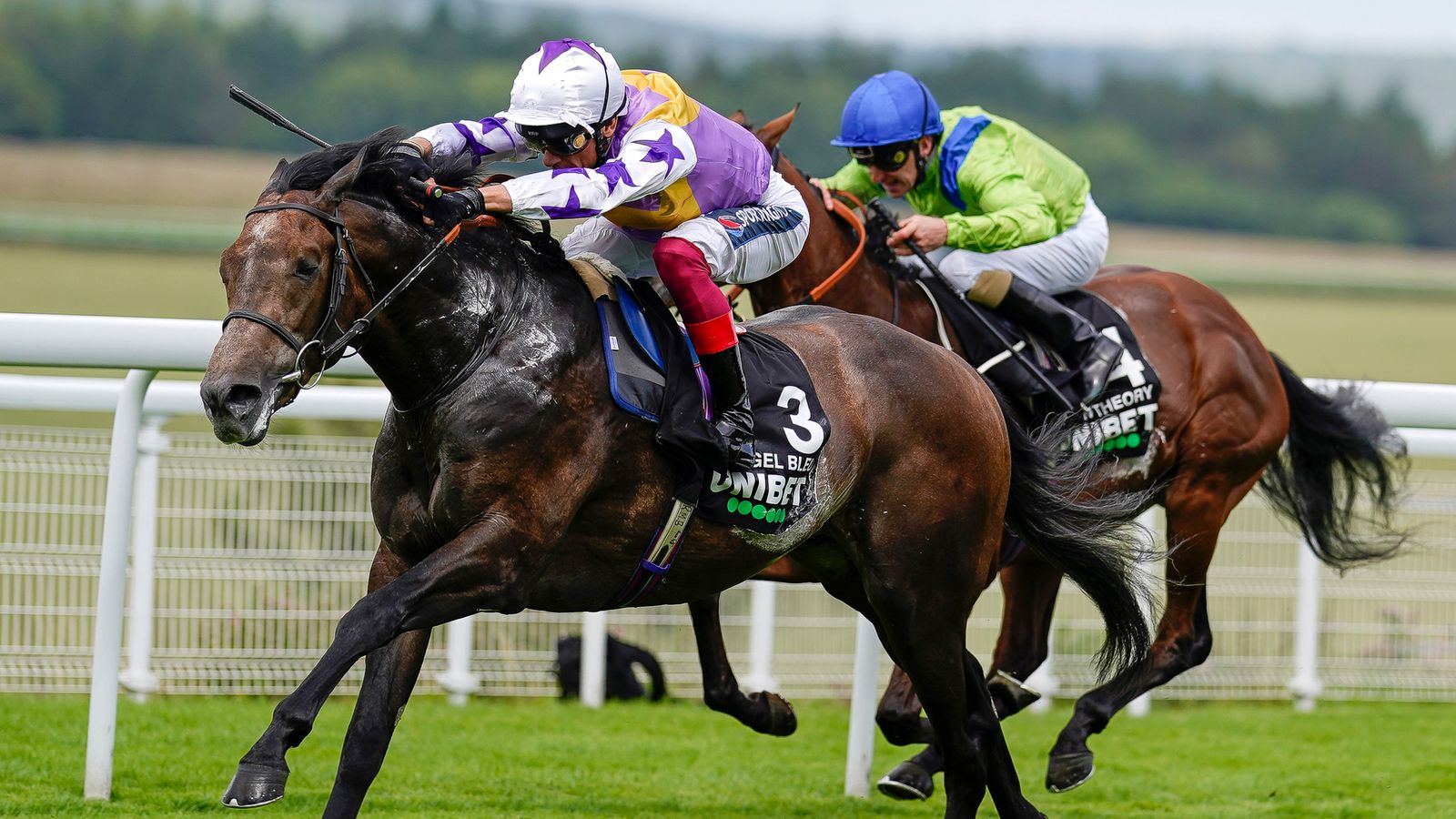 Ralph Beckett is considering an outing in the Greenham Stakes at Newbury for dual French Group One winner Angel Bleu, en route to the Classics.

Having won the Prix Jean-Luc Lagardere on Arc day at ParisLongchamp and then coming from last to first to complete a French Group One double in the Criterium International at Saint-Cloud in October, the Kimpton trainer is keen to start his three-year-old campaign at the Berkshire track in a fortnight.

Angel Bleu, a son of Dark Angel, was last seen in Britain winning the Group Two Vintage Stakes at Glorious Goodwood and is as short as 12-1 with Paddy Power for the Qipco 2000 Guineas, while he is 8-1 for the French equivalent with the same firm.

However, with a pair of French Group Ones already, the Marc Chan-owned colt is more likely to head back across the Channel.

Beckett said: “He is training well and we haven’t come to any firm conclusions yet – it depends on the ground.

“But to be honest we are looking at Longchamp for the Poule d’Essai des Poulains (French 2000 Guineas), but it is possible he will go to Newmarket.

“On the way we are probably going to run in the Greenham, but have not firmed that up yet.”

Angel Bleu’s top-level wins in France came within three weeks of each other and Beckett can’t wait to see him out again.

“He thrives on his racing,” he added. “He is really tough and we had a really good time with him. We’ll see how we get on.

“If it came up slower than good ground at Newmarket, we’d be very tempted.”