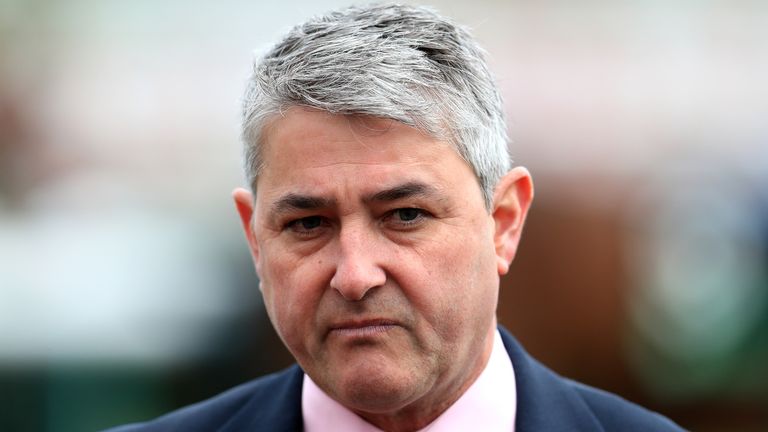 After almost three years in the planning, the ground-breaking new team-based competition, the Racing League, gets underway at Newcastle on Thursday and there is a “genuine buzz” among those involved.

The Racing League, which pits teams of trainers and jockeys against each other and will see £50,000 worth of prize-money awarded in each race.

Each raceday, which take place every Thursday for six weeks, will consist of six races with each of the 12 teams fielding one runner.

Points are awarded for all finishing positions from 1st to 10th place and the team that collects the highest points tally over the six weeks will be crowned champions.

As well as enjoying highly competitive handicaps on the track, racegoers will get to experience live music and local food.

Having watched the launch of cricket’s new competition, The Hundred, very closely earlier this summer, the Racing League’s chief marketing officer Oli Harris is hoping for similar levels of entertainment.

He told Sky Sports Racing: “I think The Hundred has started really well. A lot of the detractors of these ideas are never going to be your biggest fans but you need to focus on the people that will.

“I’ve looked at the Hundred crowds and the social coverage and everyone that has been to a game has really enjoyed it.

“That’s the point of the Racing League too. All we’re doing is putting on 36 high-quality handicaps with 12 runners in each and that should suit the racing crowd.

“I hope that the format means, if people are tuning in and know nothing about it that, they can pick it up pretty quickly.

“I hope the narrative of the league and the teams and characters involved brings others into racing, so that they might go racing elsewhere. That’s the measure of success for us.

“The people that are involved and have been with us have been fantastic. There’s a genuine buzz.”

Team Ireland racing manager Kevin Blake is excited to get started as he plots where to send the runners of Group One-winning trainers Joseph and Donnacha O’Brien.

“I’ve been loving it, although it’s been a long, old build-up,” Blake told Sky Sports Racing. “It’s great to get here now and be ready to get going.

“Donnacha has compared it to Formula One but I’d say it’s like fantasy football. It really feels that way. You have to select your team and decide who you’re slotting in and slotting out every week.

“For anyone that has a tactical mindset, it’s quite stimulating. It’s certainly given us a good kick so far.

“Getting the 30 horses down on paper was a long process because we have a few which were bought specifically for this.”

Team Ireland, the only non-UK entries in this year’s competition, are a 7-1 shot to be crowned Racing League champions.

Despite his trainers having plenty experience at the very top-level of flat racing, Blake insists the young brothers – 28-year-old Joseph and 23-year-old Donnacha – are underdogs.

“7-1 is a short price! I’ve heard Charlie Fellowes describe his Goat Racing team as the ‘young pups of Newmarket’ but we’re by far the youngest team in this competition. I’m the old boy at 35.

“If experience counts for anything, we’re in big trouble! We’re also the only team that has to travel across the sea to run.

“It’s a long competition and I don’t think we’ve over-played our hand in week one. We might have one or two aces up our sleeve for the coming weeks.”