Farrant: England absence good for me 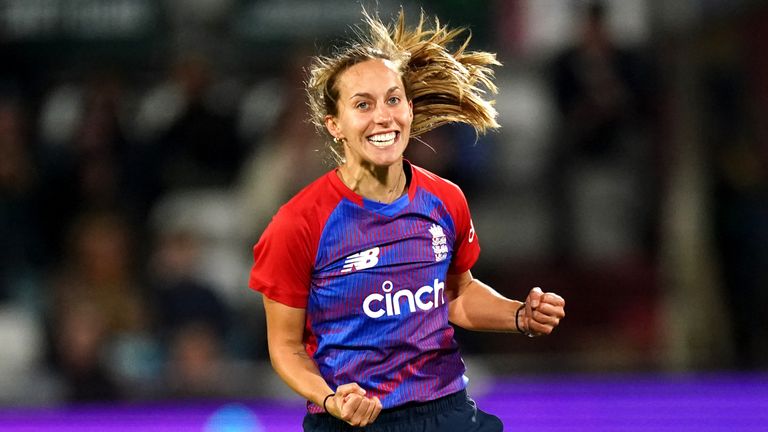 Farrant marked her return to the set-up with an impressive wicket-maiden in her first over as England went on to record an emphatic 46-run victory over New Zealand in the first T20; watch the second T20 between England and New Zealand live on Sky Sports Cricket from 6:45pm on Saturday

Tash Farrant believes the frustrations of not playing in England’s summer series against India has made her stronger ahead of the second T20 international against New Zealand.

Farrant marked her return to the set-up by trapping Sophie Devine lbw to complete an impressive wicket-maiden in her first over as England went on to record an emphatic 46-run victory over New Zealand in the first T20 at Chelmsford.

And after winning the inaugural 100 tournament with the Oval Invincibles earlier in the summer it was the perfect way to announce herself back on the international stage.

“Definitely being out of the England set-up was really good for me and I think the biggest thing I took from being away from the environment is the fact you can’t control certain things like selection,” Farrant said.

“You’ve just got to try to help whatever team you are in try and win games and whenever you get an opportunity just try to make the most of it.

“What’s so great about this squad and having the region system come in is that we’ve got such depth at the moment so whoever comes in has to be on their toes because there are people chomping at the bit to get into the 11.

“Obviously I was happy with how I did out there (against New Zealand in the first T20) but I still feel like I have a bit more to give so hopefully I can build on that this series.

“I’ve got a bit of fire in my belly at the moment from missing the India series so if I get a few more opportunities then I just need to make the most of them.”

Watch the second T20 international between England and New Zealand, at Hove, live on Sky Sports Cricket from 6:45pm on Saturday.