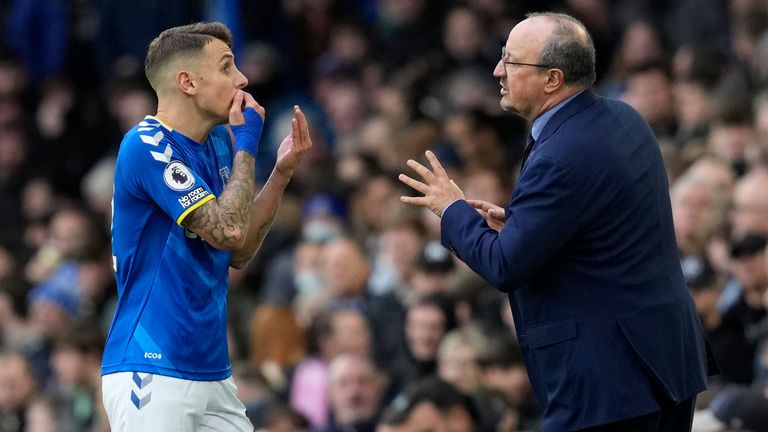 Everton have made an offer for Newcastle midfielder Sean Longstaff.

Newcastle, however, are keen to hold on to the 24-year-old, who is out of contract at the end of the season.

Everton boss Rafa Benitez previously worked with Longstaff at Newcastle and would like to be reunited with him at Goodison Park.

Newcastle manager Eddie Howe is aware of Longstaff’s qualities and last month challenged the midfielder to prove why he deserves a new deal.

Howe said: “Sean is a very good player and he will have an opportunity to showcase his talent.

“He can show to me and the club he has a long-term future here. It’s in his hands as well not just our hands.”

Newcastle are interested in Everton left-back Lucas Digne, who has fallen out with Benitez and is seeking an exit this month.

However, the Magpies will face competition for his signature, with Chelsea, West Ham and another unnamed Premier League club interested in the France international.

Napoli are also keen on striking a deal for the 28-year-old, though the Italian club are only interested in a loan deal with an option to buy, which does not fit with Everton’s demands.

Who will be on the move in January?

The January transfer window opens on Saturday January 1, 2022 and closes at 11pm on Monday January 31.