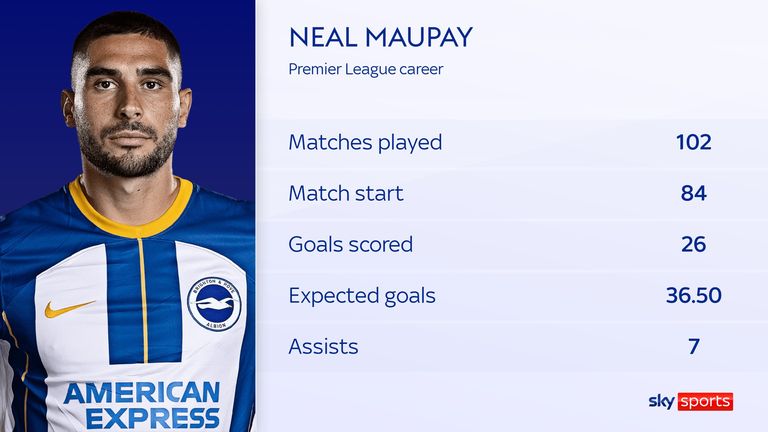 Everton have completed the signing of Neal Maupay from Brighton for an undisclosed fee, with the Frenchman signing a three-year deal at Goodison Park.

However, the 26-year-old striker will not be able to make his Everton debut against his former club Brentford on Saturday after missing the Friday midday deadline for registration.

Maupay looked like he would join Fulham this week, and boss Marco Silva confirmed the club had been close to a deal to sign him, but Toffees boss Frank Lampard has been desperate to bring in reinforcements in the forward positions and has now got his man.

Maupay scored eight goals for the Seagulls last season, but did not play a single minute for the club this term with Danny Welbeck favoured in attack.