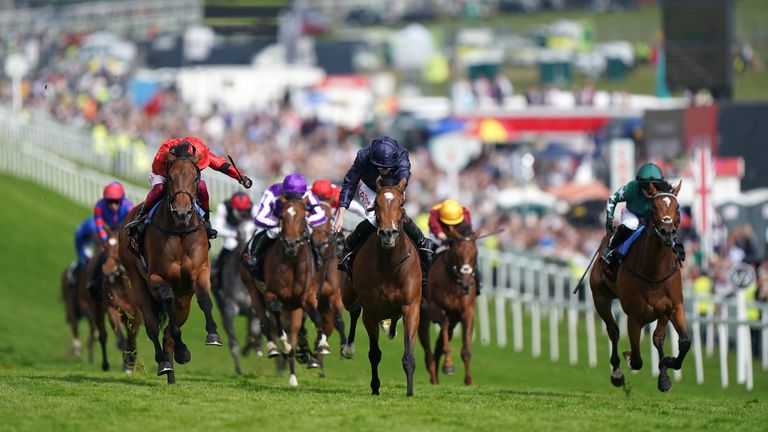 Emily Upjohn will not run in the Ribblesdale Stakes at Royal Ascot on Thursday, trainer John Gosden has announced.

The filly was involved in a thrilling finish to the Oaks at Epsom, giving away plenty of ground at the start and ultimately losing out by a short head to the Aidan O’Brien-trained Tuesday.

It was a slight surprise when Gosden last week raised the possibility of a quick appearance, but the decision has now been made to wait for other targets.

Gosden told the Racing Post: “Obviously she got left a long way and then went widest of all in the Oaks.

“We feel Royal Ascot is coming too soon and she will be freshened up for targets at the end of July in either the Irish Oaks or the King George.”

Baaeed will face six rivals as he bids to extend his unbeaten record to eight in Tuesday’s Queen Anne Stakes (2.30), the opening event of Royal Ascot, live on Sky Sports Racing.

William Haggas’ charge made a perfect return to action when strolling to a three-and-a-quarter-length victory in the Lockinge at Newbury last month and he is a very short price to add another Group One to his tally. 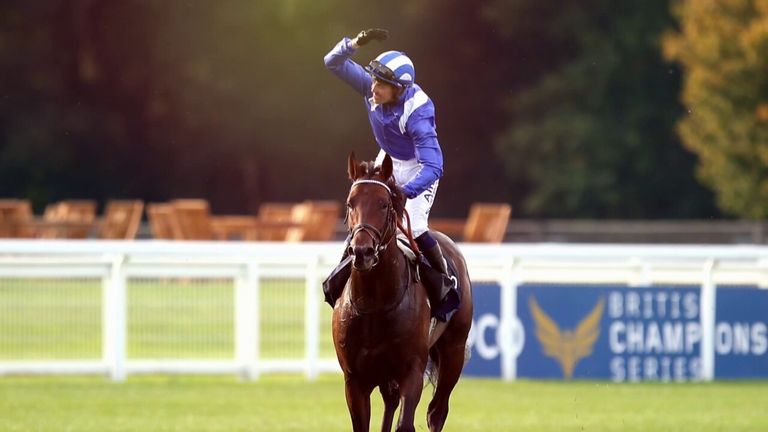 Trainer William Haggas is not getting involved with any talk of comparisons between his unbeaten star Baaeed and the great Frankel as they prepare for the Queen Anne Stakes at Royal Ascot.

The Saeed bin Suroor-trained Real World was second that day and he reopposes, along with third Chindit (Richard Hannon) and fifth Sir Busker (William Knight).

Accidental Agent was a shock 33/1 winner of the race back in 2018 for Eve Johnston Houghton and he takes his chance again, with Aidan O’Brien’s Order Of Australia and the Sir Michael Stoute-trained Lights On completing the line up.

Coroebus, who opened his season with Classic success in the 2000 Guineas, leads 13 contenders for the St James’s Palace Stakes (4.20).

Charlie Appleby’s charge has so far raced solely at Newmarket, where he has been beaten just once in four starts, and he will have a handful of Guineas also-rans in opposition as fifth Berkshire Shadow (Andrew Balding), sixth Lusail (Hannon), ninth Light Infantry (David Simcock) and 14th Checkandchallenge (Knight) try their luck again.

Wesley Ward’s Golden Pal leads an international line-up for the King’s Stand Stakes (3.40), with the Breeders’ Cup winner out to improve on his previous run at the Royal meeting, when beaten a neck by The Lir Jet in the Norfolk Stakes two years ago.