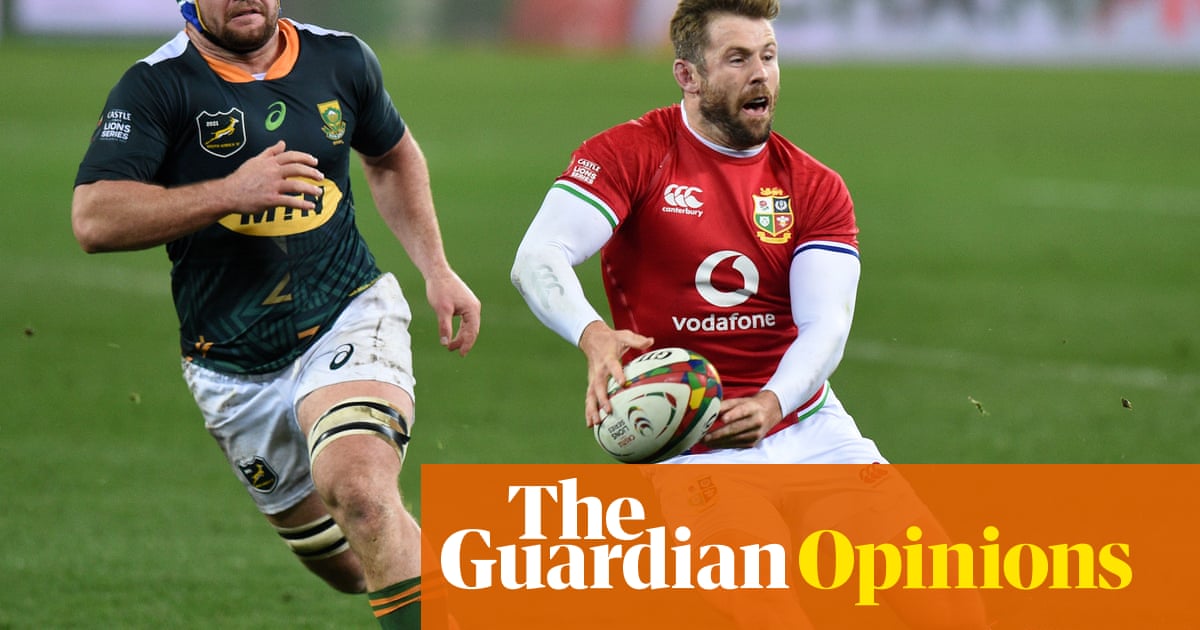 When I saw Elliot Daly’s name in the initial British & Irish Lions squad it was my view that he would be the starting outside centre for the Test team. With a week to go that remains my view but the makeup of the midfield remains the hardest part of the side to call and one of the crucial decisions Warren Gatland and his assistant coaches must get right.

Aside from Daly, there was an absence of creativity and pace in the initial squad and I was left wondering where the creative spark might come from if Finn Russell was not playing a leading role. The fact that Russell is injured only adds to my suspicion that Daly has to play at 13, regardless of how well Chris Harris has performed on tour. The picture is clouded because Daly would be a shoo-in if Owen Farrell was playing at fly-half because of the cohesion they have formed with Saracens over the past few months. Granted that has been against Championship opposition but they have developed the kind of chemistry you can’t buy on a Lions tour since Daly moved back to centre on a regular basis.

With Dan Biggar my pick to play at fly-half, Harris becomes more of an option but Daly has the footwork, the pace and the catch-pass – his is the best of all the Lions’ backs beyond their No 10s – and to some extent, we can read into the fact that he plays there alongside Robbie Henshaw against the Stormers. Henshaw’s injury has further muddied the waters but he is one of a handful who can cement their place in the Test team with a positive showing on Saturday. I think back to 2009 and how Jamie Roberts and Brian O’Driscoll were able to forge a partnership in the warm-up matches. Henshaw’s injury has meant that hasn’t happened this time and though it will be against weaker opposition on Saturday, how they perform together could be significant.

Having said that, it will not be easy for Gatland to gauge, in part because of the opposition but also because of who is inside that at fly-half. The service that Marcus Smith will give them – with what we expect will be plenty of front-foot ball – is very different to that which Biggar will give them or that Owen Farrell will give them and the centre partnership can be very dependent on the style of 10. If Russell was there, Daly looks a million dollars. But Farrell and Biggar can’t quite do what he can. I’m sure the partnership will look great this weekend against weakened opposition but with a different trigger at 10. Can they find the cohesion but do it and prepare for a different fly-half inside them? That is a question Gatland will have to answer. He cannot allow himself to be blinded by a dazzling performance that masks weaknesses the Springboks would expose.

The alternative is Harris and I’ve been so impressed with him so far. Gatland has spoken about players who have been in form, hence why they’re on tour, lads who haven’t quite been at it but have experience and those who he can bring on and develop into a Test Lion. Harris could be one of those. This Lions attack can get outside this South Africa defence and they showed it at times on Wednesday against what was in effect a Springboks XV.

A lot of that came with Harris connecting the dots with the midfield and the back three. Whether it’s deft touches, turning the ball back to 10 to play out wide, balls over the top, I’m not quite sure I’ve ever seen that consistent quality from Harris at Gloucester or Scotland. Perhaps that’s because of the role he’s asked to play but when you’re surrounded by world class players and you’ve always been seen as a defensive 13 and there are a lot of good defensive players around you, you can step up and show more. I would still opt for Daly at outside-centre but I’m sure Gatland will give strong consideration to Harris too and ultimately, whoever he picks at 10-12-13 will have a huge bearing on the first Test.

Stuart Hogg is another who finds himself playing catch-up on Saturday to make the Test team. I had him as my starting full-back a while ago but his cause has been horribly hindered by having to isolate. A strong showing against the Stormers, though, may force Gatland’s hand, not least with the added complications of Liam Williams having to go through the return-to-play protocols after a head injury.

Other close calls are at openside flanker, where I believe Tom Curry played his way into the Test team against South Africa A, and at loosehead prop where Wyn Jones did likewise. As we saw four years ago with Daly and Williams both starting the final warm-up match and then making the Test side four days later, Gatland will still be keeping an open mind on Saturday but the one thing we know about Warren is that he will be very clear in his view about how he wants to play in the first Test. It’s up to the players selected Saturday to either change or reinforce those views.