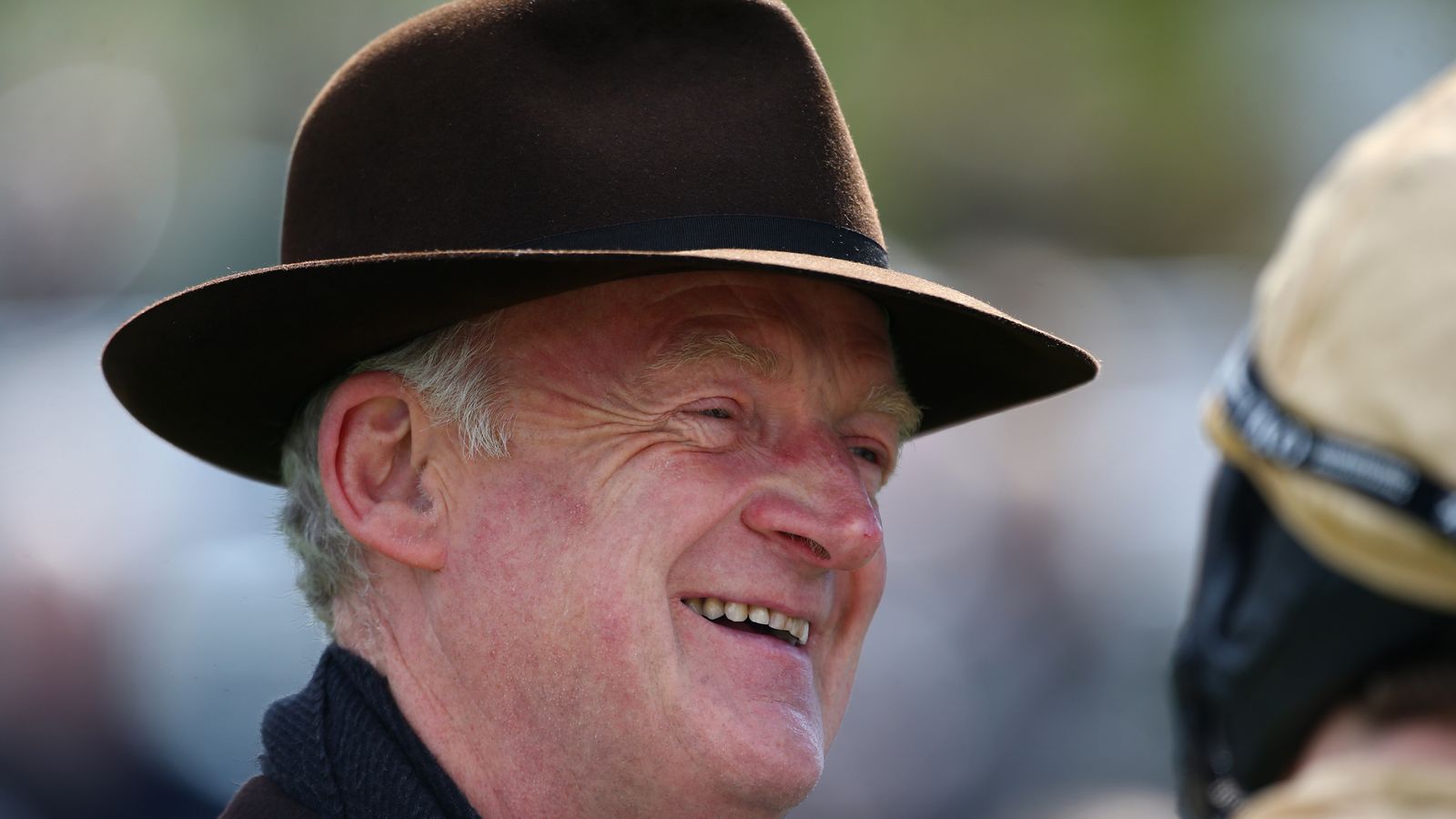 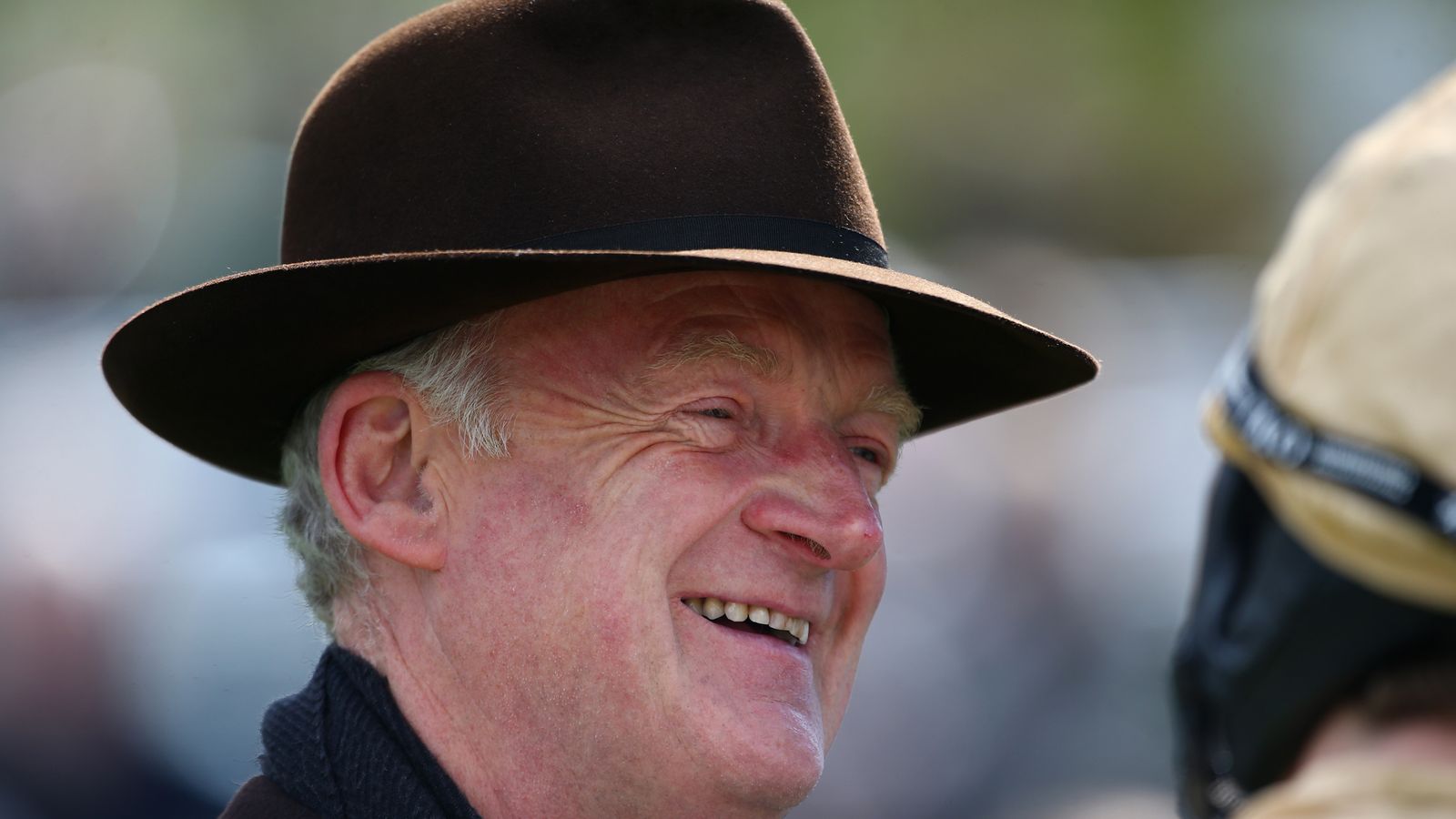 Easy Game took the measure of Ballyoisin to win the feature Kerry Group Chase and complete a treble for Paul Townend and Willie Mullins on day one of Listowel’s Harvest Festival.

The reigning champion jockey and trainer struck again as Grade Two-winning hurdler and chaser Easy Game went one better than his fine second behind stablemate Royal Rendezvous in the Galway Plate.

Just a select field of three went to post, and that was reduced to two with a circuit to run when The Storyteller – always off the pace being set – was pulled up.

Easy Game and even-money favourite Ballyoisin continued their tussle, with the latter mostly just in front until tackled and headed between the last two fences.

Townend then got the better jump at the last en route to victory by three and a half lengths at 6-4.

Mullins said: “It is Nick’s (Peacock, owner) first race meeting since Cheltenham 2020, and he is delighted to be back.

“The horse might be improving a bit, and we will look at the Grade Two chase in Gowran – although Royal Rendezvous goes there, and we might keep the two of them apart.

“We never thought he was a three-miler, but he ran a cracker in the Galway Plate. Maybe he deserves an entry in the Down Royal Champion Chase (over three miles) – it might be a little beyond him, but he has handled the ground up there. It can get very lively, so it is a possibility.”

French Made was a Grade Two winner as a juvenile hurdler back in 2019 – and on her second start after a break of more than two years, she returned to winning ways to kickstart the Mullins-Townend treble.

Townend had to get to work on the six-year-old quite a long way from home, but she made good ground to collar long-time leader and eventual runner-up Say Goodbye at the last to win as the 13-8 favourite in the Irish Stallion Farms EBF Mares Hurdle.

Mullins said: “She needed the run in Galway (in a big handicap at the end of July) and was improving at home all the time.

“I think it was a very fast race and it fell into her lap a little bit. The ones in front were keen to get on with it, and Paul sat out and waited for the race to come back to him – which it did eventually.

“I’d have no trouble going out in trip with her, because she looked caught for toe over the first couple of hurdles.

“She will go back up in grade at some stage and we’ll try to win what we can over the winter for her owner Sean McManus, who couldn’t be here today.

“I think she’ll stay over hurdles this season, she is six now but I hadn’t planned on going chasing.”

But while Mullins was delighted with French Made, trainer Liam O’Brien was left aghast by the decision of the stewards to fine him €2,000 and suspend jockey Ambrose McCurtin for 14 days over the running and riding of third-placed No Memory, who was beaten five and three-quarter lengths, and who is prevented from running for 42 days.

Describing the verdict as “scandalous”, O’Brien said: “We were beaten by a Grade Two winner. She (No Memory) is rated 115, she should have been getting a stone and a half from her (French Made) and finishes third.

“The reason she finished third was because she was out the back and they went too quick and the race collapsed. She obviously hadn’t the pace of the winner who was placed in a Grade One and was a Grade Two winner and she finishes third.

“It was her best run ever and I’ll have to appeal.”

Davy Russell recorded his second victory since returning this week from 11 months out with a neck injury, when 14-1 shot Coach Carter beat his better-fancied Gordon Elliott-trained stablemate Gevrey – who made a telling mistake at the last before finishing runner-up in an eventful Strings & Things Rated Novice Chase.

Russell did well to stay on board when Coach Carter clipped heels with leader Poseidon in front of the stands first time round.

Bell Ex One was a decisive three-length winner of the opening Kerry Group 3YO Hurdle, turning round the form of his jumps debut.

Ray Cody’s gelding was second to Realist at Down Royal last month – but with a pull in the weights, he had that rival back in second this time, stretching clear under 7lb claimer Jack Foley to win at 4-1.

Cody said: “His jumping was better today, and he was in front way too soon, but I told Jack to be good and positive on him.

“When he got to the front he was wicked green – but he has an engine, and I think this lad will go a good bit.

“It was a good performance today and when his jumping becomes slicker, there is plenty to come.”

Kilashee was a runaway winner in division one of the Irish Stallion Farms EBF Mares Handicap Hurdle, taking in-form trainer John Ryan’s tally to 30 this season.

The 9-2 shot built up a huge lead mid-race under 7lb claimer Shane Fitzgerald – and although Outlier narrowed the gap to under three lengths at the line, the result was never in doubt.

Ryan, who recorded the first four-timer of his career at Sligo four days ago, said: “I thought Shane went too quick, so my heart was in my mouth, but I’m very sweet on her.

“This is a right filly – and a lot of credit has to go to (vet) Tom O’Brien, because she got a bad cut on a hind leg and her tendon sheaths had to be flushed.

“He saved her on two occasions and he did a brilliant job with her wind a few years ago. A lot of those fellows don’t get enough credit – because without him, I wouldn’t have her.”

Captain Kangaroo, who beat subsequent Grade One winner Kilcruit on his debut in a bumper in March last year, also struck for Townend and Mullins – at the ninth attempt over jumps, as the 6-5 favourite in the Dairygold Maiden Hurdle.