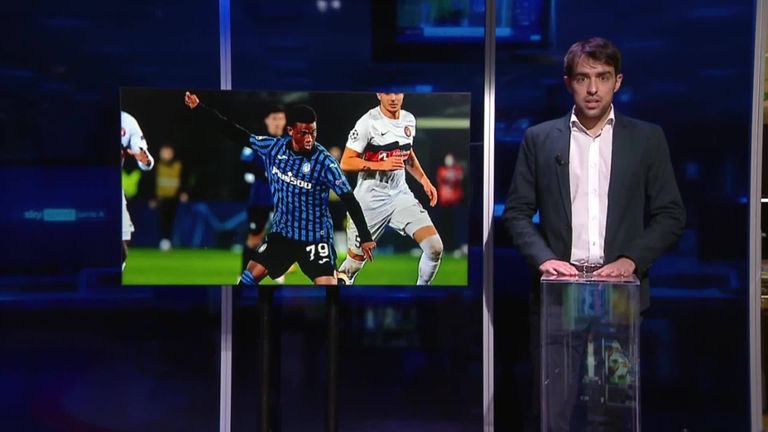 Jadon Sancho “lost fluency” over transfer speculation linking him with a move to Manchester United in the summer, admits Borussia Dortmund’s CEO Hans-Joachim Watzke, but feels he is getting back to his best.

England international Sancho, United’s top transfer target in the summer, scored his first Bundesliga goal of the season on Sunday as Dortmund returned from the winter break with a 2-0 win over Wolfsburg.

It was the 20-year-old’s first in his 12th league appearance this season – a marked decline from last term when he had 17 – and Dortmund’s Watzke feels his change in form was down to the intense media speculation surrounding his future.

Sancho came close to a move to Old Trafford, but talks came to a halt over disagreements on personal terms and agent fees, and since the 2020/21 campaign started he has five goals and nine assists in 19 games across all competitions.

“I think he had at least thought about it so much that he lost his fluency. But I’ve felt he’s been trying very hard for weeks. Things will pick up again very quickly. He is still one of the greatest talents there is.”

Sancho’s team-mate Erling Haaland, who has the same agent as United midfielder Paul Pogba, has enjoyed better form this season, knocking up 17 goals in 15 games across all competitions.

He too has been linked with moves in the past, but Watzke has once confirmed they will not be letting him leave anytime soon.

“I don’t think that will happen [Haaland leaving],” he added. “Erling and his advisor Mino Raiola know what they have in us. I can only give him the advice to do it like Robert Lewandowski.

“At the time, he was given the time to mature into an absolute world-class player at Dortmund.

“You can’t do that in one year. Because it’s clear that if Erling were to leave us at some point, he would only go to an even bigger club. And there aren’t that many to consider.

“If you go to a club like – just to name one example – Real Madrid, you have to be world class.”

The winter transfer window runs from January 2 to February 1. Follow the latest on Sky Sports News and with dedicated Transfer Centre blog on Sky Sports website and app.