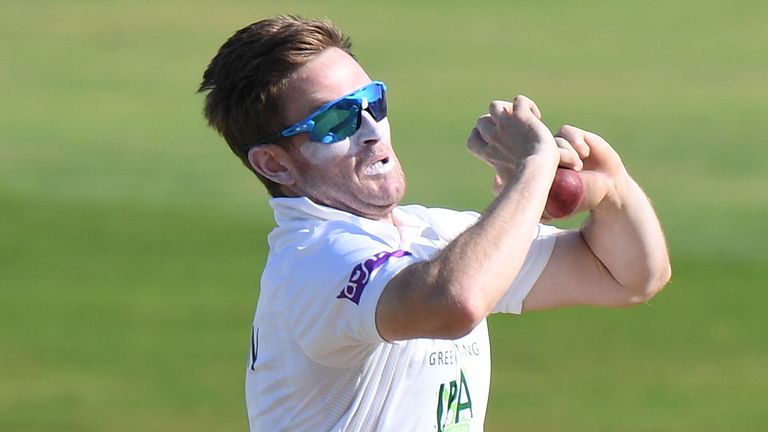 Hampshire will be looking to secure first County Championship title since 1973 when they play Lancashire at Liverpool next week; Liam Dawson takes five wickets as Hants beat Nottinghamshire by 122 runs on day three at The Ageas Bowl to move top of table with one round of fixtures remaining

Liam Dawson spun Hampshire to the top of LV= Insurance County Championship Division One with one round of fixtures to play after leaders Nottinghamshire capitulated after tea on a dramatic third day at The Ageas Bowl to sink to a 122-run defeat.

​​​​​Chasing 250 for victory, the visitors started well but then lost nine wickets for 63 runs as Dawson finished with 5-45 and Felix Organ 3-22 after Mohammad Abbas had taken the crucial wicket of Ben Duckett for 33.

After bowling out the hosts for 178 following a delayed start, the visitors were 64-1 only to be bundled out for 127 on a dramatic day in Southampton.

The win leaves Hampshire in position to seal a first Championship title since 1973 when they play Lancashire – winners against Somerset this week – at Liverpool from next Tuesday.

Play was delayed until 1pm due to heavy morning rain and once the game resumed Hampshire added 45 runs to their overnight 133-7.

Notts all-rounder Liam Patterson-White followed up his first-innings 53 by mopping up the tail to claim his maiden five-wicket haul, dismissing Keith Barker for 29, Brad Wheal for three and James Fuller for 21

Notts were 64-1 in the 22nd over – England’s Haseeb Hameed (8) having fallen to Abbas in the 10th – but capitulated once Duckett, who had previously shared words with Abbas causing umpire Martin Saggers to intervene, was out lbw to the Pakistan seamer.

Dawson, reintroduced into the attack following the dismissal of Duckett, than removed Ben Slater (25), Steven Mullaney (3) and Joe Clarke (9), before Organ accounted for Patterson-White (4), Tom Moores (8) and Brett Hutton (3).

Dawson then dismissed Luke Fletcher (4) and Joey Evison (22) to complete Hampshire’s win and drop Nottinghamshire to third in the table.

Watch Vitality Blast Finals Day live on Sky Sports Cricket from 10.30am on Saturday as Somerset, Hampshire, Kent and Sussex vie for the title.