Clarke all smiles as Scotland win sixth in a row 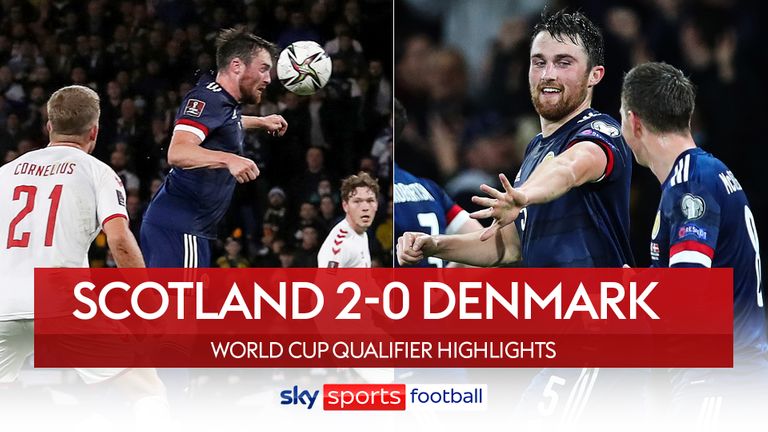 Denmark were unbeaten in their last 26 qualifiers for World Cups and European Championships and had won all of their nine matches in Group F to top the group but bumped into a relentless Scotland side that roared to a 2-0 win to book a home semi-final play-off.

Clarke’s men have now won six consecutive competitive games for the first time since winning six Home Nations matches in a row between March 1928 and February 1930.

Highlights of the World Cup qualifying Group F match between Scotland and Denmark.

Clarke told Sky Sports: “I get criticised for not smiling enough but if you can’t smile after a performance like that there would be something wrong with me. I’m delighted everything came together. We played good football on the front foot to try and win the game. It’s a good night for us. I knew the players were confident and they showed it. We had to dig-in but we defended well although the legs went a bit towards the end. A great night with a great atmosphere.

“It was important to get the home semi-final. I took a little risk playing the boys who were on a yellow card but we wanted to finish on a high. We had a chance to win six competitive games in a row which isn’t easy to do. The boys wanted to do it and they showed it on the pitch.”

Centre-half John Souttar headed home in his first Scotland appearance since being sent off in a 2018 defeat by Israel. It was a special night the 25-year-old Hearts defender, whose career has been plagued by injury.

Clarke singled him out for special praise.

“It’s the best story of the night,” he said.

“I’m so happy for him. He’s had a horrendous time with injuries to come back. Even to be in the squad. He was delighted to be back and to play the way he played. Not just his goal but defensively and with the ball.

“Congratulations to John. I gave him a big hug when he came off the pitch and it was quite emotional. You understand when you’ve been a player yourself and you’ve been involved in the game for so long how difficult it is on the road back.

“I’m absolutely delighted for him.” 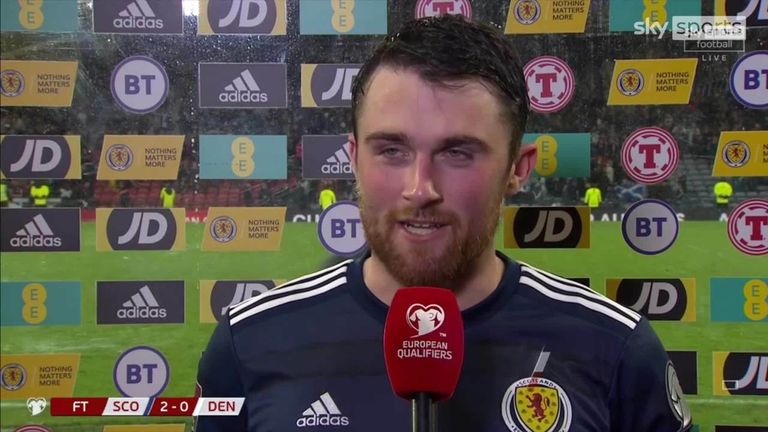 After scoring on his first Scotland start for three years, John Souttar dedicated the goal to his brother for helping the Hearts defender with his rehab.

How do the play-offs work?

On November 26, the 12 teams will be drawn into three play-off paths for one-off semi-finals on March 24 and finals on March 29. The three path winners will qualify for the World Cup.

Scotland are set to find out their play-off opponents on Friday, November 26 before their one-off semi-final on March 24. The draw for the World Cup, where Denmark and potentially Scotland will be involved, will be held on 1 April next year.