Can anyone stop Sherrock & Ashton from dominating the Women’s Series?

Who can stop Fallon Sherrock and Lisa Ashton from dominating the Women’s Series? Sky Sports’ Laura Turner hopes the big two won’t have things all their own way while hoping the 20 events put on by the PDC will attract more young girls to take up the game 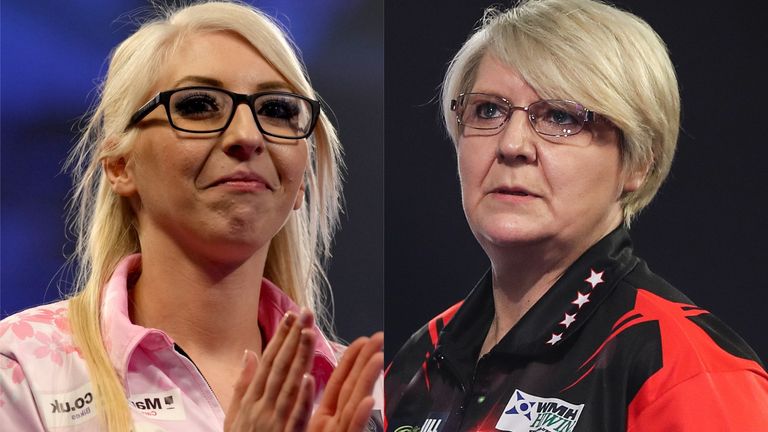 Laura Turner believes there is good enough potential in the game to stop Fallon Sherrock and Lisa Ashton from dominating the PDC Women’s Series.

Sherrock claimed her first Women’s Series win of 2022 on Sunday as Ashton completed a weekend treble in Barnsley.

The wins saw the pair moved clear of Rhian Griffiths and Lorraine Winstanley at the head of the Order of Merit following the first of five double-header weekends.

Sky Sports’ Turner reached the quarter-finals of Event Three in her best performance and although the Surrey thrower was beaten 4-1 by Joanne Locke, the overriding feeling was one of pride.

“Overall, it was great,” she said. “We saw some new faces, but it was dominated – as expected – by Lisa and Fallon in terms of actual tournament wins.

“You’ve got players there going for the experience while there were a lot of new faces and there was a lot more from overseas. We had a contingency from Holland and another from Germany. We also had a player from Iran (Mozhgan Rahmani) come over.

“With it not being seeded or ranked you could have had a really tough opening few rounds.

“We also saw Lisa Ashton go out early to Donna-Maria Rainsley, who was the first woman ever to enter Q-School.” 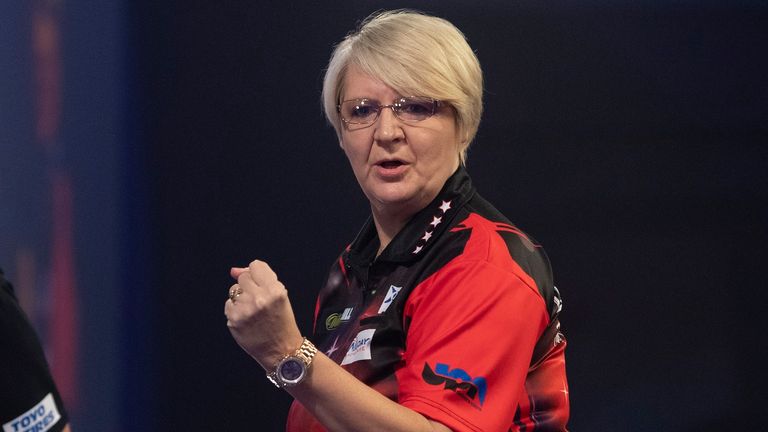 The likes of Locke, Rhian Griffiths, Lorraine Winstanley, Robyn Byrne and Aileen de Graaf were able to steal some of the headlines over the weekend, and with Deta Hedman and Mikuru Suzuki to come back into the fold, Turner hopes Sherrock and Ashton won’t have things all their own way next time around.

“I think the potential is there, but we know Lisa and Fallon are the top two performing players over the last couple of years,” she said.

“This is something the women have asked for for quite some time so to see them come out in their numbers, it’s the opportunity the PDC can offer.

“To have it on this professional level with the well-oiled machine the PDC is, you’ve got people like my daughters who sit at home and watch sport. They’re going to see that and say ‘I want to do that’.

“That’s where you want to build up more numbers and standards will then grow. The sport in itself will grow and become more popular than it already is.

“It may sound very ambitious from where we are at the moment but I think moving forward over the next several years, we may see the next generation of players coming through.”

The Women’s Series continues on April 30 and May 1 with Events Five-Eight in Wigan, with a further £20,000 in prize money on offer.

In addition, places in the summer’s Women’s World Matchplay are on offer for the top eight players after 12 events, alongside spots for the year’s final top two in the World Darts Championship.

Check out daily Darts news on skysports.com/darts, our app for mobile devices and our Twitter account @skysportsdarts. We’re back for more Premier League action on Thursday, March 24 from 7pm on Sky Sports Action.