“I don’t think Lewis understood that he was going to lose two positions with the pit-stop,” says Jenson Button on Hamilton’s strategy woe, while he also reserves praise for Valtteri Bottas after his first win of the season 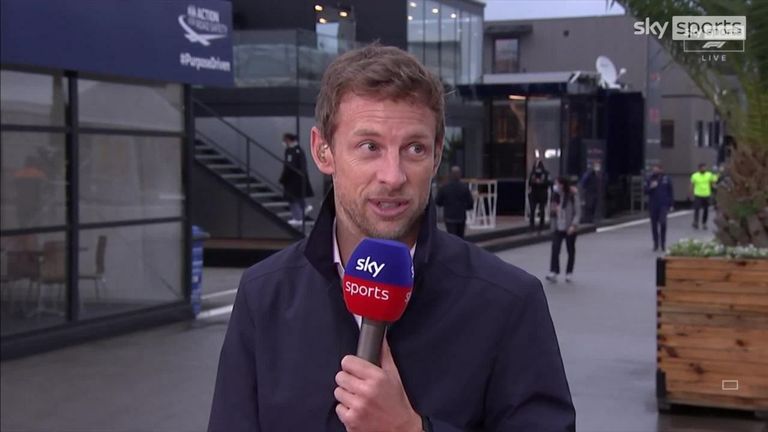 Sky Sports F1’s Jenson Button has maintained that Lewis Hamilton pitted when he shouldn’t have at the Turkish GP, while he also praised the “brilliant” Valtteri Bottas for his victory after contrasting races for the Mercedes drivers.

Hamilton lost two places and five crucial points in his championship fight with Max Verstappen on Sunday after Mercedes brought him into the pits with just eight laps left of what had been a superb comeback drive.

Hamilton, who had ignored previous calls from his team, dropped from third to fifth as a result and felt he should have taken the “risk” of continuing, even though Mercedes and tyre supplier Pirelli have said since that the Englishman would have struggled to make it to the end of the race.

Button, the 2009 world champion and Hamilton’s former team-mate, also criticised the decision at the time and said afterwards that Mercedes were wrong to pit him when they ultimately did.

“It’s a really tricky one and I’m sure Lewis was quite frustrated after the race,” said Button, with Hamilton now trailing Verstappen by six points in the standings with six races to go.

“But it was right in the middle and that’s the area you don’t want to be in really.”

Mercedes boss Toto Wolff also rued the fact Hamilton didn’t pit earlier, having first being asked to on Lap 41 – 10 laps before he eventually did.

But with Alpine’s Esteban Ocon having completed all 58 laps on the same intermediate tyres, Button still believes Hamilton’s favoured strategy could have worked and “it looked like it was going to”.

“The car has a lot of downforce around here and he was looking after the tyre better than anyone,” he stressed.

Did Hamilton know how many positions he was losing? And praise for ‘brilliant’ Bottas

Button also felt Hamilton didn’t even know how many positions he would be losing through the late stop.

“I think the bigger thing for me is the information,” said Button. “And I don’t think Lewis understood that he was going to lose two positions with the pit-stop.

“He seemed quite happy when they said pit. It just didn’t seem like he knew he was going to lose a couple of places because afterwards he got quite frustrated, knowing that he was back in fifth place behind two cars he didn’t expect to be.”

But Button added: “It’s still not a lot of points. If Lewis wins the next race, he’s probably leading the championship.”

Button, meanwhile, reserved praise for Bottas as the Finnish driver, who was without a 2021 win before Sunday’s race and has been axed by Mercedes for next season, dominated in difficult Istanbul Park conditions.

“He didn’t have the pressure of Lewis on the front row with him at the start of the race and people perform differently when they’re under pressure and not – but I think he did a fantastic job,” said Button. “And in every condition.

“He didn’t put a foot wrong. It really was a brilliant drive and it wasn’t a straightforward drive, he didn’t just lead from the front and his car was quicker than everyone else, he had to read the conditions every single lap of the race.”