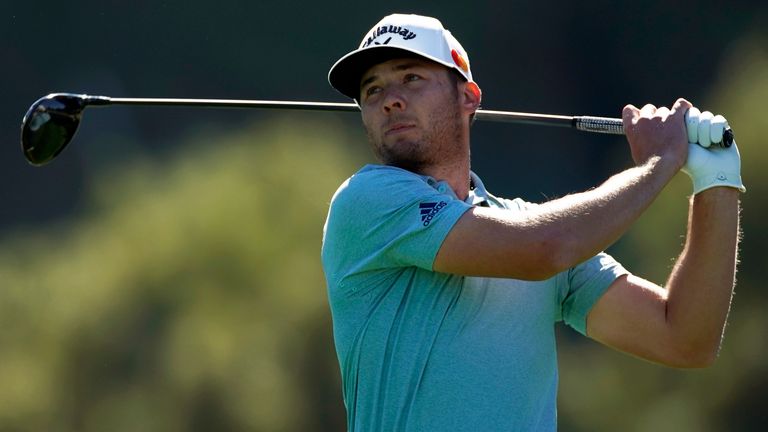 Sam Burns was in record-equalling form as he remained clear of the field after the second round of the Genesis Invitational.

The 24-year-old American added a flawless five-under 66 to his opening 64 at Riviera Country Club to move to 12-under 130 at the halfway stage, matching the 36-hole scoring record at the course.

He is five shots clear of his nearest pursuers with world No 1 Dustin Johnson heading a group of four on seven under which also includes fellow Americans Tyler McCumber and Jason Kokrak and Chile’s Joaquin Niemann, who all fired 68s.

The world No 149 also totally out-performed a number of the sport’s biggest names as Rory McIlroy, Justin Thomas, Bryson DeChambeau, Sergio Garcia and Bubba Watson all missed the cut.

Burns, who is winless in his 69 previous PGA Tour starts and has a best finish of tied third at the 2018 Sanderson Farms Championship, teed off early on the 10th on Friday with a two-shot advantage.

He quickly extended that with a birdie at the short par-four 10th and another gain at the 12th after an excellent approach shot to five feet.

A solid birdie at the par-five 17th followed and he was close to an eagle at the first before adding his final birdie thanks to a tee shot to five feet at the par-three sixth.

Burns said: “This morning it was cold, but I think we had a good game plan coming into today and just tried to stick with it all day. I feel like I hit it pretty good and was able to convert the looks that I had, so hopefully I will be able to continue doing that.”

Johnson slipped up with an early bogey at the second but sparked into life by holing a near-impossible, 29-foot left-to-righter for birdie at the sixth.

Further birdies followed at the ninth, 10th, 12th and 17th as he carded a 67 and the presence of the 2017 champion five behind is sure to make Burns wary out in front.

Johnson said: “One under is not going to get the job done over the weekend. Definitely need to take advantage of the par fives the next couple days. But other than that I feel like I’m swinging my irons really well, I’m rolling the putter nicely, so looking forward to the weekend.

“I like my position. I’m five back, but on this golf course there’s only one guy in front of me. I like where I’m at and I do like this golf course, and hopefully I can drive it a little bit better on the weekend and give myself a few more chances.”

Jordan Spieth maintained his improved form with a second successive 68 for a share of sixth place on six under with Max Homa and Wyndham Clark.

England’s Matthew Fitzpatrick trod water as he could only manage a level-par 71 to remain on five under, with back-to-back bogeys at the 15th and 16th damaging his card, while Brooks Koepka (70) is one behind him on four under and Jon Rahm a further shot back after closing with two consecutive birdies for a 69.

McIlroy again looked out of sorts in the fast and tricky conditions as he missed his first cut since The Open in 2019 after posting a five-over 76 which dropped him to seven over.

He could only manage one birdie which he sandwiched with four bogeys before a double-bogey six at his penultimate hole, the eighth.

DeChambeau improved on his opening 75 with a 69 but was still two outside the cut line on two over, while Thomas finished one behind McIlroy on eight over following a 73.

Garcia missed out on the weekend by one after a level-par 71 with a double-bogey at the 16th wrecking three-time champion Watson’s chances as a 75 left him on four over.

In contrast defending champion Adam Scott (73) birdied the 16th as he just made the cut on level par.