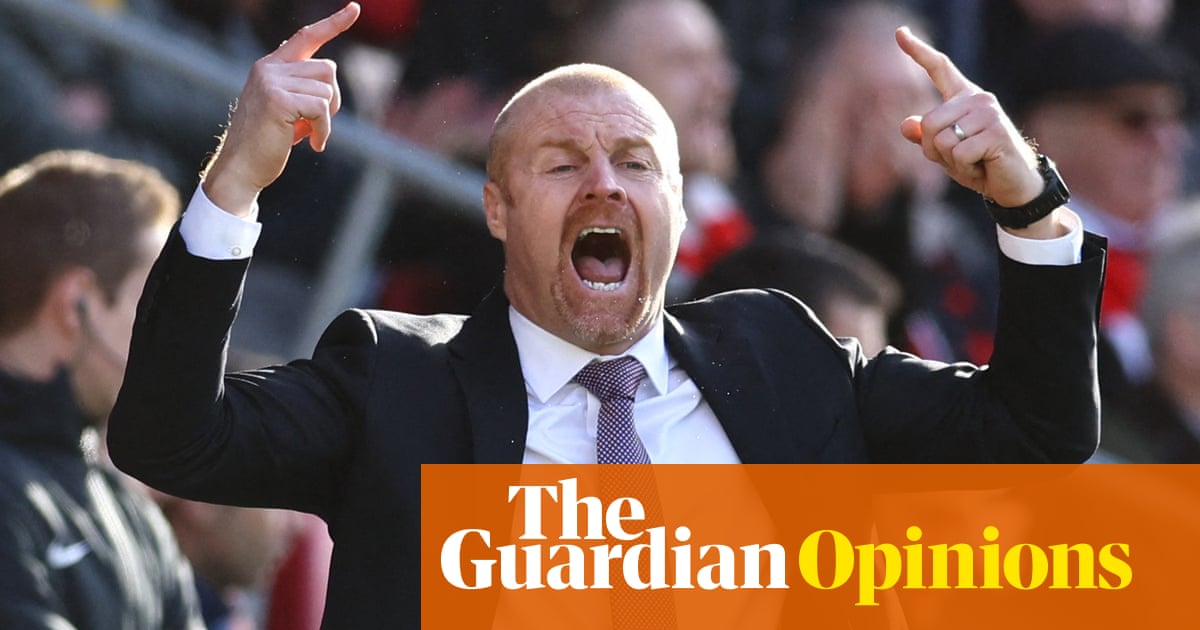 A lot can change in a week in football but for Sean Dyche the problem was a lack of change in a decade at Turf Moor. His methods were tried and tested: play 4-4-2 and finish 17th or above. Dyche was the master of keeping unfashionable Burnley in the Premier League but the faith of the players and owners ran out.

Ten of the squad that beat Chelsea on the opening day of the 2017-18 season and took them to a seventh-placed finish are still at the club. Some would see it as a sign of stability but others would argue the team have not evolved in that time, when the plan rarely changed week-to-week and season-to-season. Senior players grew frustrated that areas of weakness were not addressed in recent years, leaving the squad short of depth and in need of revitalising.

Players such as Phil Bardsley have been kept on, rather than being replaced. Bardsley has appeared four times in two seasons in the Premier League, and not since February 2021. Dyche has not called on him in the league this season despite naming him on the bench on 24 occasions. It spoke volumes that with Ben Mee and Nathan Collins absent through injury and suspension respectively, the 31-year-old Kevin Long was asked to make his first appearance in 14 months for the club in the recent loss to Manchester City.

Loyalty to players has always been important to Dyche but without Chris Wood his limited striking options have been highlighted. Ashley Barnes joined in 2014 and has a scoring record of less than one in every five games, including no goals this season; Matej Vydra’s best season at Burnley has brought him a grand total of three goals; Jay Rodriguez hit one in 31 appearances last season, following it up with two in 26 this time; and Wout Weghorst has one in 12 since joining in January. While the defence have kept their end of the bargain with seven clean sheets, the strikers have repeatedly fallen short in recent times, another source of frustration in the team.

Dyche struggled to rally the players for a fourth relegation battle in six years, securing no wins between the end of October and mid-February. The team’s predictability was becoming a problem as other clubs evolved and spent more money to improve their sides while progress was limited at Turf Moor. Despite the poor results, the style and formation were kept the same with the confidence that it would eventually come good despite evidence to the contrary, leaving players disillusioned.

The blame cannot be laid purely at Dyche’s door given that he worked within set parameters. Despite the takeover by ALK Capital last year, a deal which left the club £90m worse off, the budget has remained limited. Money has been spent on Collins, Connor Roberts, Maxwel Cornet and Weghorst, who was signed as a replacement for Wood. Newcastle paid £25m for Wood but Weghorst cost less than half that and was the only January arrival despite Burnley’s struggles. Other players were targeted but the club failed to get deals over the line, much to the chagrin of many at Turf Moor, leaving them light for the battle they face. Even in 2020-21 the only first-team player to sign was the central midfielder Dale Stephens, who has been unable to become a regular.

Dyche leaves Burnley four points from a safe position with eight games to go after a pitiful loss against the Championship-bound Norwich. The problems of the club were laid bare at Carrow Road, where Weghorst was taken off after 56 ineffectual minutes to be replaced by Vydra, who has scored seven league goals in three and a half seasons at the club. Unsurprisingly, Burnley did not get back into the game; they managed four shots on target against a side who have conceded 63 times this season, to leave the players dejected for the final time under Dyche.

The next manager will inherit a squad in Dyche’s mould and have to reinvigorate it in a short space of time. It is unlikely the style and formation will change much but a fresh approach in the dressing room is much wanted and needed with survival on the line.

Dyche’s impact will not be forgotten. Two promotions and European qualification will be the on-pitch legacy that he leaves. Away from it, helping Burnley become a relatively stable Premier League side has allowed them to invest in a new training ground and he will forever be welcome in The Royal Dyche pub in the town. Sometimes change is good but Burnley cannot stop with the one in the dugout.