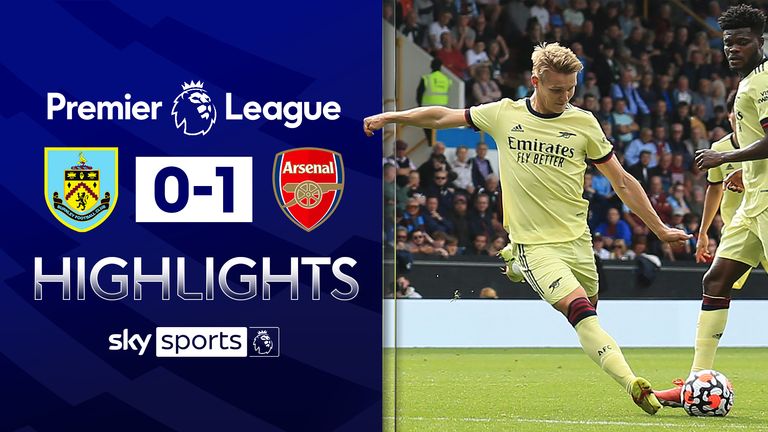 Stewards had to step in to separate the two sets of fans in the Barnfield Construction Stand, which is split between a home and away section.

Supporters goaded each other and there appeared to be missiles thrown between the two sections, including plastic bottles.

There were repeated tannoy calls for fans to leave the area and calm was restored after a handful of minutes.

FREE TO WATCH: Highlights from Arsenal’s win over Burnley in the Premier League

Martin Odegaard’s first-half free-kick gave Arsenal their first away win of the season to leave Burnley winless from their opening five games.